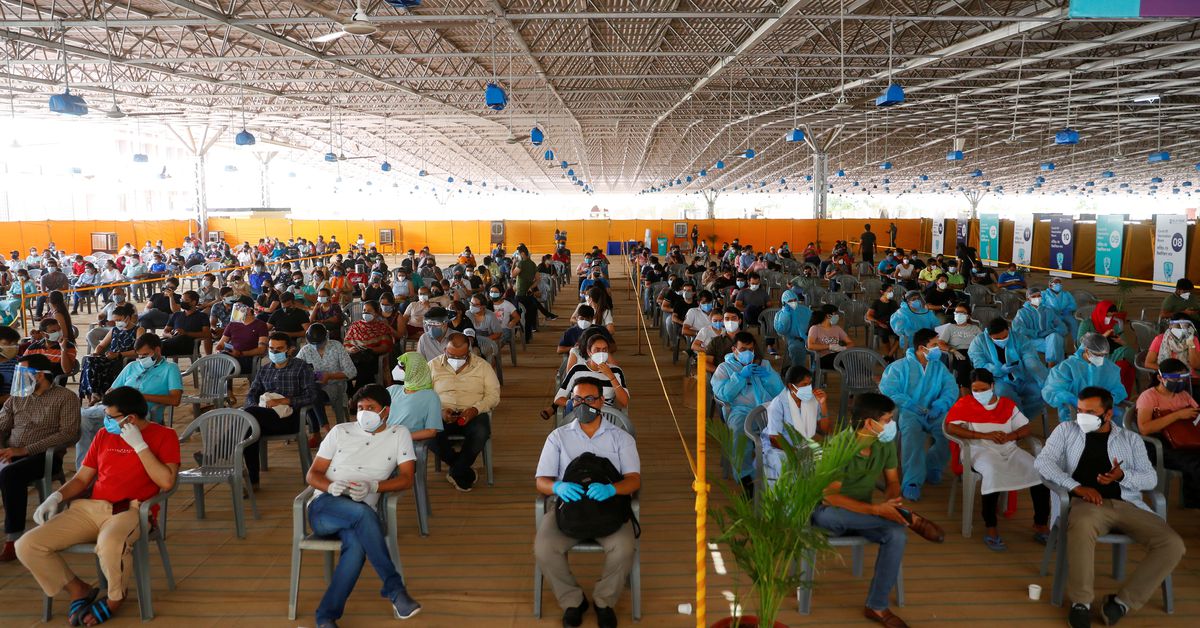 India began an inoculation drive for its 1.38 billion people in earnest in mid-January.

Healthcare, frontline workers and the elderly were the first beneficiaries, followed by people over 45 in April and then adults aged 1

The latest enlargement, which covers about 43% of the population, proved to be a turning point.

Following an increase in COVID-19 infections across the country in April, Prime Minister Narendra Modi accelerated plans to expand the program and opened vaccinations from May 1 for people aged 18 to 45 years.

The decision led to a rush from people in the age group, who account for 600 million of the population, to sign up for the government’s CoWIN vaccination website. Critically, there was no corresponding increase in vaccine supply.

By June 4, India had delivered at least one dose to approx. 50 million people aged 18 to 44, representing only 8% of this population group.

In addition to the difficulties, there was a privilege gap in the vaccination rollout, with hospitals charging different prices for the same vaccine. Some affluent hospitals have sold the Covishield shot, manufactured in India, for 1800 rupees ($ 25) a dose, almost twice as much as the 950 rupees charged elsewhere.

Moreover, urban Indians have received shots faster than those living in the countryside. This means that vaccines remain unavailable to a large proportion of the population who cannot afford it or have little or no access to private hospitals.

India – the world’s largest producer of vaccines for polio, diphtheria and other diseases – sold or donated more than 66 million COVID-19 vaccine shots to 95 countries by mid-April.

But as infections began to rise from around mid-March in India, complaints about vaccines at home also rose. India has now started importing vaccines and also expects donations from the US.

The government expects the vaccine supply to improve significantly from June. It expects to produce enough shots in December to inoculate all of its estimated 950 million adults, although those between the ages of 18 and 45 will be the last on the priority list.

Several states in India have begun to gradually lift restrictions on travel and business following a drop in cases in recent weeks. However, health experts have warned that cases could rise again when most states reopen, and have called for speeding up vaccinations.

By June 8, less than 4% of India’s adult population had received the required two vaccine doses. Nearly 14% received at least one dose, and of this group, less than one-tenth of 18-45-year-olds have been vaccinated.