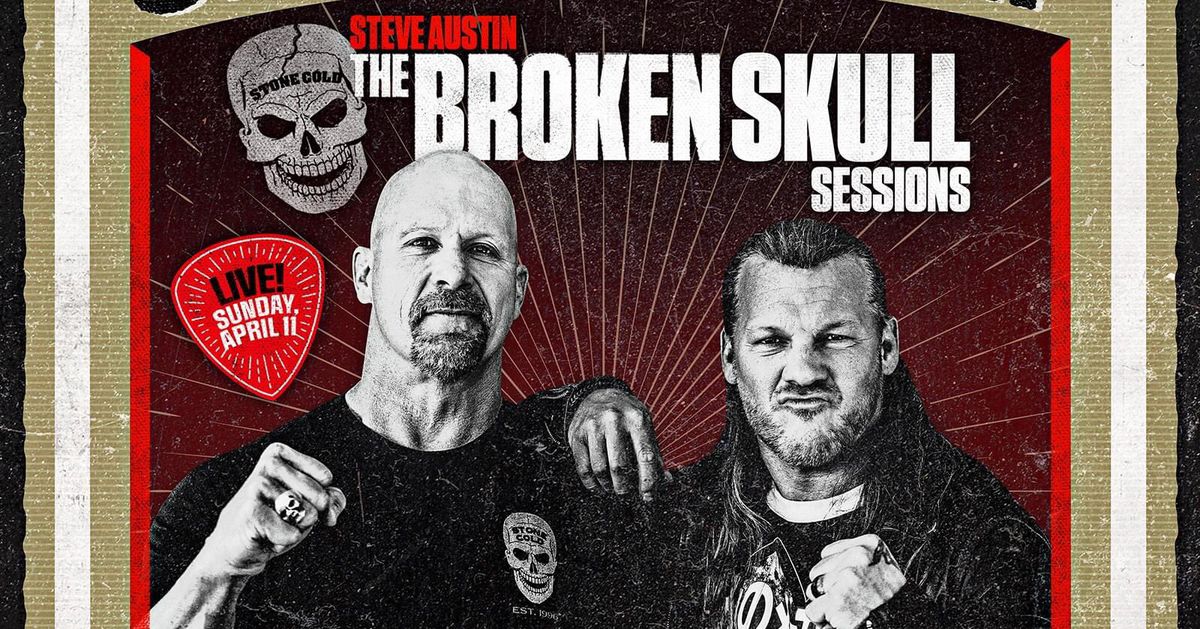 It’s been a busy day here in the wrestling blogosphere, so even though it hit Peacock early yesterday (April 11), I did not get the chance to download the latest edition of Broken Skull Sessions until this morning.

As you may remember, Steve Austin is the guest of this one Chris Jericho. The announcement that one of All Elite Wrestling’s biggest stars would be appearing on a WWE Network show surprised many people. It created a lot of interest and some skepticism about how much Jericho would talk about Tony Khan’s start-up company.

The answer is … a lot! The bulk of the more than two-hour interview is spent on Jericho̵

7;s overall career and contains many stories that hardcore Jericholics have probably heard once or twice. Even the repetitions are entertaining as both men are good speakers and they have the kind of chemistry you expect between two old friends.

More on that a bit, but here’s a quick review of the show’s hook for the diehard wrestling fan – what came through the forbidden door.

So it’s tea as far as AEW / WWE content on the show. But like I said, this is a fun show to watch, even if they had avoided that material. This is especially true if you have friends who are more casual / casual fans. Someone who is not too deep in the breaking bubble and has not listened to a lot Talk Is Jericho or Steve Austin Show podcasts, or keeping up with the dirt sheets about all aspects of Y2J’s career, or having watched Raw week-in and week-out for years, can pull this up and get lost in fond memories.

This is a feeling that Jericho offers about the show near the end:

“This is really cool for me, because it’s not just that [the interview] historically the fact that like, ‘WWE and AEW, oh my gosh., awww.’ It’s not about that … It’s about wrestling. We respect it and we love it and I do not care what brand of it is, I want it to continue forever. And I want people, like kids … to discover it … but to see all these things – to make this show, as a career retrospective, because I’m not a guy who looks back … to look back and watching all these clips and all these amazing things that you showed, it’s really very heartwarming to watch this.

And thank you for allowing this, and also thank you to WWE and Vince for allowing me to be here and to Tony Khan too, because he also had to give his permission. This goes beyond a company. This is about love of wrestling. And no one in the world loves to fight more than Stone Cold Steve Austin and Chris Jericho, and the fact that we got to talk about all these amazing times, I’m really happy about it and proud to be here. ”