WWE's misleading advertising is unacceptable and should not be condoned 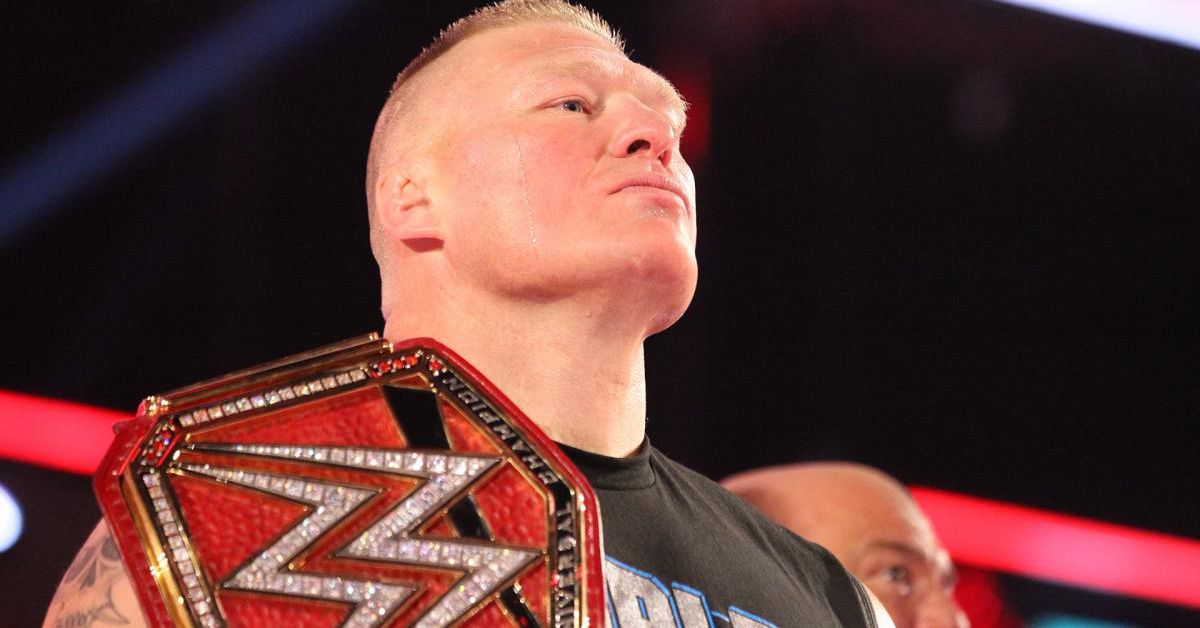 WWE has a troubling pattern of advertising things they allegedly have no intention to deliver.

Trish Stratus was advertised two months before Evolution but WWE apparently always planned for it to be changed to a team team match. The misleading advertising was said to be done because they wanted to announce a major match to help move tickets for the event.

There was an advertised rematch between AJ Styles and Brock Lesnar at Survivor Series 2018 which was changed within one week of the event, with Daniel Bryan replacing the Phenomenal One. One alleged motivating factor here was a desire to keep Styles from taking another at the hands of The Beast.

This pattern has continued with Royal Rumble 2019, where Braun Strowman was replaced with Finn Balor in a Universal Championship match against Brock Lesnar. This late change was reportedly always the plan; The misleading advertising was done because WWE believed that more tickets would be sold if Strowman was promoted as Lesnar's opponent

Then there is the men's Royal Rumble match, where WWE has John Cena's face plastered all over the match preview on their web site even though it looks like he will miss the event due to a working injury.

I think too many people are accustomed to giving WWE a pass for this dishonest behavior because the phrase "card subject to change" is included on most forms of their advertising. But the spirit of that phrase is violated and abused with most of the examples listed above.

"Card subject to change" is a necessary and understandable case to fall back on because pro wrestling is inherently very dangerous and sometimes performers get hurt before an important match. Charlotte Flair replacing Becky Lynch in the main event or Survivor Series 2018 is an example where "card subject to change" applies in good faith.

However, there are at least two examples above (Bliss, Strowman) where WWE blatantly misled its customers by advertising a match that – at least according to reports from Wrestling Observer and others – was never going to happen, with the primary goal or selling more tickets. That's not an example of "card subject to change", it's an example of shady business practices that shouldn't be condoned.

Cena's example is a bit more complicated by his absence from Royal Rumble 2019 was going to be part of an angle for the debut of Lars Sullivan that was ultimately nixed. One might argue this is not an abuse of the phrase "card subject to change" because the main goal here is to tell an interesting story, and Cena's movie schedule provides constraints on the timetable for counting that story.

The bottom line, however, is that WWE still has a cena listed on advertising for the men's Royal Rumble match even though it seems like his Hollywood movie bond will prevent that from happening. I find it hard to believe within days of the event that WWE genuinely doesn't know what its status will be for the big stage show. If Cena does not appear in this Royal Rumble match then it will be another case of misleading advertising, probably with the primary intent to sell more tickets and subscriptions to WWE Network.

One of the more frustrating aspects behind most of these examples is that WWE had plenty of time to prevent these situations from happening. There is no reason why Balor versus Lesnar could not move as many tickets as Strowman versus Lesnar if WWE just spent the last six months showcasing Balor as a top star. Instead, WWE tried to cram a huge Balor push into one episode of Raw because it was clear that he had some credibility issues as a potential opponent for Brock.

Similarly with Bliss and Stratus at Evolution there was plenty of time to promote and build other matches and stars rather than taking the lazy way out and advertising a match that was never going to happen. Super Show-Down and Crown Jewel and Crown Jewel .

Likewise, the men's Royal Rumble match is notable for the lack or believable winners. Instead of doing the long-term hard work of creating new stars that could actually win this thing, Cena's face on the ad and calling it a day.

It's gotten to the point where I now have no clue if I should believe WWE when they claim that Alexa Bliss will compete in the women's Royal Rumble match. Based on these previous examples of misleading advertising, one of which includes Bliss, can't help but be skeptical. It's not easy to sell out at baseball stadium, and WWE has shown that they are willing to shamelessly sell to their customers in order to move tickets. They can be trusted at this point.

Are you fed up with WWE's recent pattern of misleading advertising as I am, Cagesiders?