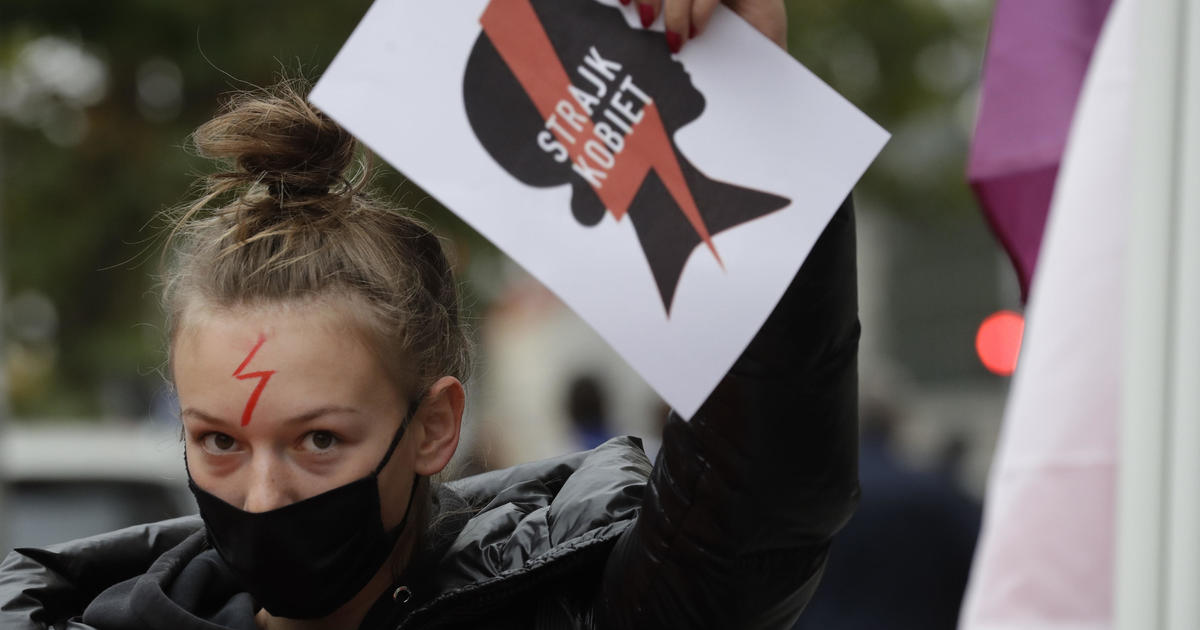 Berlin – Women began to strike over Poland on Wednesday in response to a court ruling imposing one almost total ban on abortions in the country. The ruling made it illegal to terminate a pregnancy in case of severe fetal health defects.

“We are taking unpaid leave. We are closing the shops. Or quite simply – we are not going to work,” said a group of women’s rights activists.

Abortion is only legal in Poland if the pregnancy endangers the mother’s life or health or is the result of rape or incest. Prior to last week’s law change, it had also been legal in cases of severe fetal health defects ̵

1; the most common cause of the procedure in the country.

According to statistics from the Polish Ministry of Health, 1,074 of the 1,110 abortions performed at Polish clinics in 2019 were due to malformations in the unborn child.

Four years ago, women’s rights activists managed to stop a draft law that would have completely banned abortions in Poland and resulted in prison sentences for women who got them and doctors who performed them. In 2016 around 200,000 women refused to work during a general strike.

This time, however, conditions are different due to the coronavirus pandemic.

“I wish I could go out and protest. I’m so angry and people in my city are angry,” a Polish woman, Aleksandra Musil, told CBS News. She is currently isolating herself at home in the town of Bytom after testing positive for COVID-19.

Musil said people who had never taken part in protests marched in the streets because they were furious at the court decision and that her 14-year-old daughter took part in the strike.

The government is reportedly surprised by the extent of setbacks to the restrictions.

Meanwhile, Warsaw Mayor Rafal Trzaskowski said he supported Wednesday’s women’s strike and that the city administration would allow its staff to attend. He said buses and trams would be marked as a sign of solidarity with the protesters.