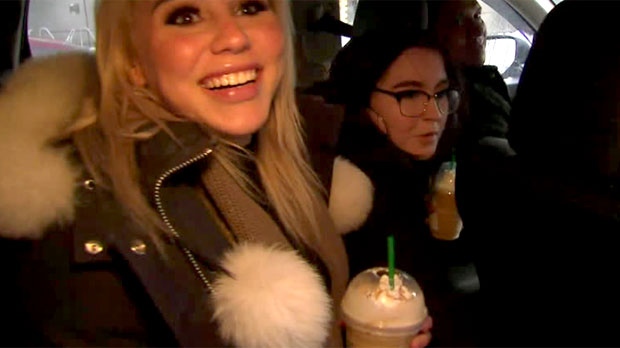 The woman accused of tossing chairs and other objects off of the balcony of a downtown highrise has been released bail following a court appearance Wednesday. Zoia, turned herself in at around 7 am after officers contacted here on Tuesday to discuss a plan for her surrender.

The incident was captured on video and is believed to have occurred at a building near Harbor and York streets on Saturday morning. online about the weekend, showing a young woman with long, blonde hair holding a chair on a balcony overlooking the Gardiner Expressway.

Police confirmed that the woman seen in the video also threw a second chair off of the balcony along with other items. Police say all of the objects were later located in front of an entrance to a condo building in the area.

“I know for myself when I saw the initial video I just thought it was very callous. (She had) no regard for anybody that might be passing underneath. I think of some pretty horrific situations, ”he told CP24 on Wednesday.

Hopkinson added that police received several tips through social media about the identity of the suspect.

Police said Wednesday that Zoia has been charged with mischief ̵

1; endangering life, mischief – damage to property over $ 5,000, and common nuisance.

Police say she arrived at 52 Division this morning without a lawyer and was cooperative with the investigation.

She made an appearance at the College Park courthouse for a bail hearing afterward and was released on $ 2,000 bail.

As part of the conditions of her bail, Zoia must live with her mother and have contact with four other parties named in the incident.

She emerged from her bail hearing to a crush of cameras and reporters. Escorted by her lawyer, she smiled but said nothing

“She is embarrassed by what happened. She wishes it never happened. Of course she would never wish that anybody hurt, "her lawyer, Gregory Leslie, told reporters.

He acknowledged that the video evidence given the Crown a "strong case," but said he hopefully the case will not go to trial.

"We will just take this through the proper course, through the right channels and we'll go from there," Leslie said. “We're going to have discussions with the Crown's office. This might not go to trial. We'll see how this works, but it's a long way down the road. ”

Neighbors of the unit where the incident is believed to have taken place say it is used as a short-term rental property.

a statement released Tuesday, Airbnb said it was investigating whether any of its users were involved in the incident.

"We are outraged by the blatant disregard for community safety on display in the video," Airbnb said. "We will be suspending any guest's accounts that appear to be connected to this incident."

"Management cooperated fully with the police investigation," the letter read. "Please remember that throwing anything from a balcony or a cause could cause damage and could also lead to criminal charges."
Source link