With the Moto G7 family, Motorola has a mid-range phone for everyone 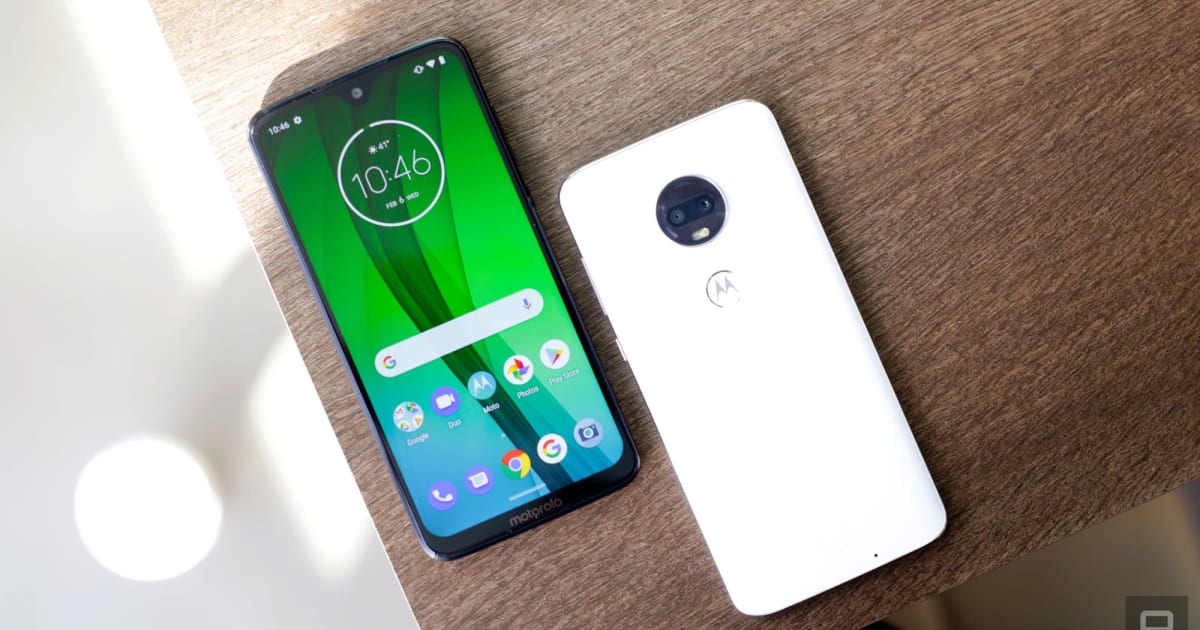 That Motorola managed to squeeze such a big battery into a body that really doesn't feel that big is a feat worth admiring, even if it made me wish the company had done the same for the G7. Squeezing three days of use of a phone required some compromises, though: the Power's 6.2-inch screen is just as big as the G7's but it runs at 1

520 × 720, so individual pixels will be more noticeable when you get really close to the display

To be clear, the notched screen here is still more than adequate for daily use, and for people who care about battery life more than anything else, the trade-off is easily worth it. The 12-megapixel camera is not bad either, and while it technically shoots at lower resolution than the cheaper Play, the Power's sensor has larger pixels for improved low-light performance. Throw in an extra gig of RAM compared to the G7 Play, 32GB of storage (again expandable with microSD cards), a headphone jack and a decent 8-megapixel front-facing camera, and we're left with a tantalizing twist on the G7 formula

That leaves us with the regular G7, which, despite not having a more descriptive name, is the best of the lot. The G7 also happens to be the prettiest of the three, for a few important reasons. Instead of a wide, Apple-style home to the speaker and front-facing camera, the G7 uses a now-common teardrop cut-out to hide its 8-megapixel front camera. The 19: 9, 6.2-inch display also runs at Full HD + (2270×1080, for those keeping track) making it the nicest G7 model to actually look at. The bezels running around that screen are the ones you'll find on all of the new G7 variants. And while last year's Moto G6 had a body covered mostly in Gorilla Glass 3, the G7 adds an eye-catching metal frame that's also quite nice to hold onto. (There's a lovely white model in addition to the standard black, too, and it's pretty.)