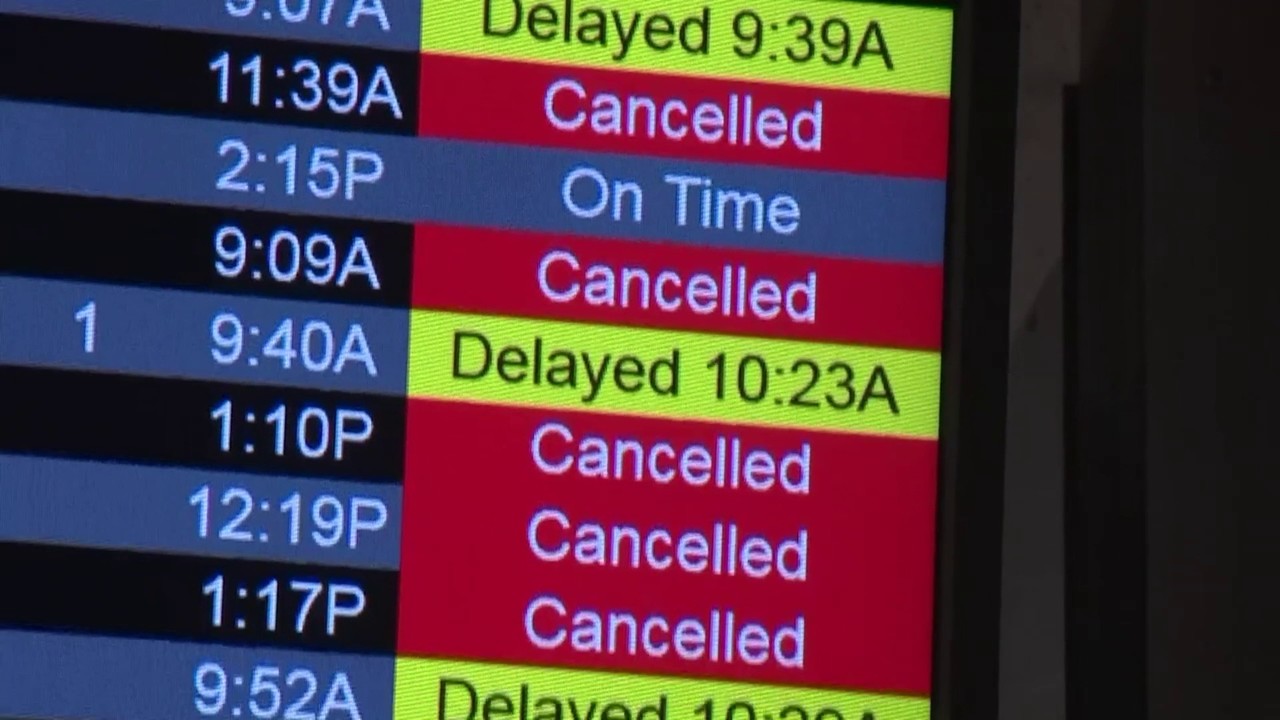 FORT LAUDERDALE, Fla. – Dozens of flights in and out of Fort Lauderdale-Hollywood International and Miami International airports have been canceled Sunday morning as the Northeast grapples with a winter weather wallop.

Winter storm warnings and winter weather advisories were in effect Sunday morning across a large portion of the Ohio Valley and central Appalachians to the northern Mid-Atlantic and Northeast, according to the National Weather Service.

Dhaval Sadhu flew from India to New York just fine, but getting from New York to Barbados, where he studies, was a problem.

"I have a connecting flight from New York to Barbados, but my flight was canceled. That's why they send me to Florida and Florida to Barbados, "Sadhu said.

Sadhu was told there were any more flights from New York to Barbados until Monday, so he came to Fort Lauderdale, where a flight leaves for Barbados on Sunday night.

He had to stay overnight at the airport.

Across the country, airlines canceled nearly 2,000 flights scheduled for this weekend amid the storm. More than 2,1

Some delays lasted up to four hours.

Miami International Airport canceled 11 flights while 15 flights were delayed, according to Greg Chin, a spokesman for the airport.

One traveler in Fort Lauderdale had one word to describe how she feels about it.

"Depressed. Extremely depressed. I want to go home," she said.

The severe weather is straining airports already grappling with long lines and staff shortages in the partial government shutdown.

Air traffic controllers and transportation security administrators are working without pay. At the start of the holiday weekend, 7 percent of the TSA workforce called out sick.