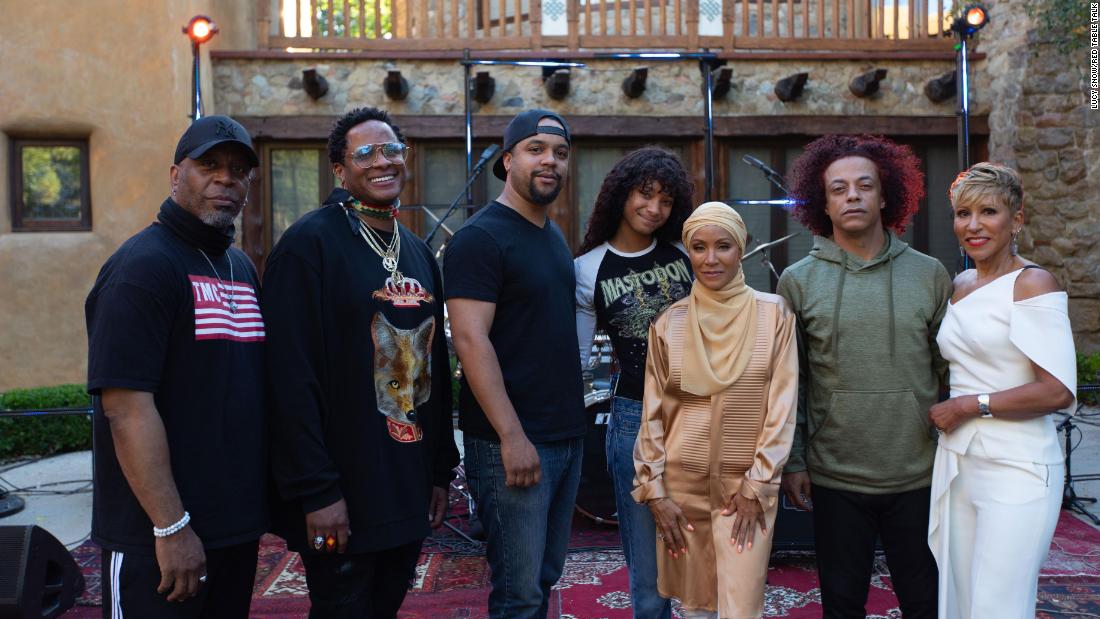 The Mother’s Day episode of the weekly Facebook Watch series dropped on Wednesday and featured a couple of heartwarming stories, including one about a group of seven siblings who were adopted after a tragic accident that killed their parents.

The show ended with Willow revealing that she had secretly planned for several months to bring the Wicket Wisdom members to the show.

She talked about her memories of being a little girl and her mother took her and her brother Jaden on tour with her.

“Mom, I just love you so much and I just want you to feel a little bit of the gratitude and the love that you have given me throughout my life and continue to give me,”

There were hugs everywhere with Pinkett Smith and the band members before Willow fronted a performance of one of her mother’s favorite songs, “Bleed All Over Me,” when Pinkett Smith and Willow’s grandmother, Adrienne “Gammy” Banfield-Norris, rocked out.