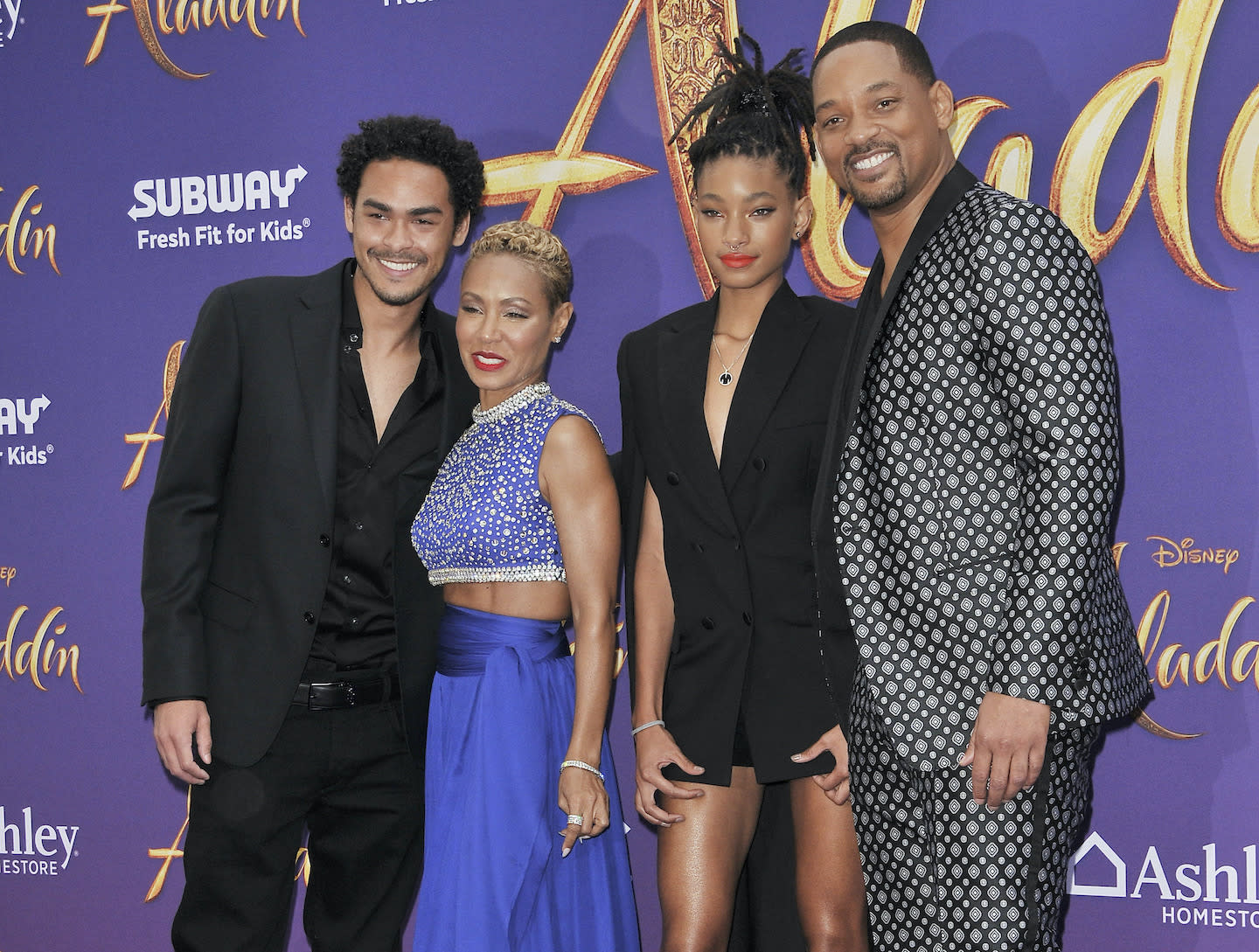 Over the past summer, Jada Pinkett Smith opened up this summer about her affair with August Alsina – whom she met through her son, Jaden Smith, while she was separated from her husband Will Smith. It was on Red Table Talk that Jada first spoke in public ̵

1; even Will, no less – about the romantic relationship she referred to as a “entanglement”, so it only seems appropriate that it was also on the show, just this week, when Jada and Will’s Den 19-year-old daughter Willow shared her reaction to her parents talking so openly.

“I want to put it on the table,” Willow said on Monday’s episode of RTT on Facebook Watch, which included guest star Brené Brown. “I’m so proud of you,” she said of watching her mother and father sit down to discuss – openly, honestly, calmly and without judgment – Jada’s relationship with Alsina during her separation from Will. “Being able to see you and Dad do it for me was like, ‘OK, that’s the right deal,'” Willow continued. “It’s true love … Like when you can be, ‘I’m with you. I have to stand by you and I will hold your hand ‘… it’s really important.’ “

Willow, of course, has long been wise beyond his years – but regardless, it’s still so refreshing to see this wise young person be able to see his flawed, vulnerable parents through a (not at all rosy, remember) lens of compassion.

Will spoke on his side in the Tidal podcast in 2018 and said that he and Jada “do not even say we are married anymore. We refer to ourselves as life partners, where you enter the space where you realize that you are literally with someone for the rest of your life. There are no deal breakers, “he continued, adding that” here is nothing she could do – ever “that would break our relationship. She has my support until death and it feels so good to get to that room. ”

While Jada admitted Willow further RTT this week, when her brutal honesty with the Alsina revelation felt like a “full explosion of, like, lack and feeling and just the total breakdown of any mask”, it’s clear that it actually made her relationship with Willow’s father stronger – ” forged “it” in the fire, “as she said of RTT previously.

“One thing I want to say about you and me is that there have never been any secrets … any relationship in trying to gain a deeper understanding of love will be forged in the fire,” Jada told Will in the episode. where she talked about Alsina.

And isn’t that kind of strength and resilience in relationships – and that honesty and sense of self – what we all want to model for our children?

The best of SheKnows

Amazon claims that Prime Video customers do not own purchased content