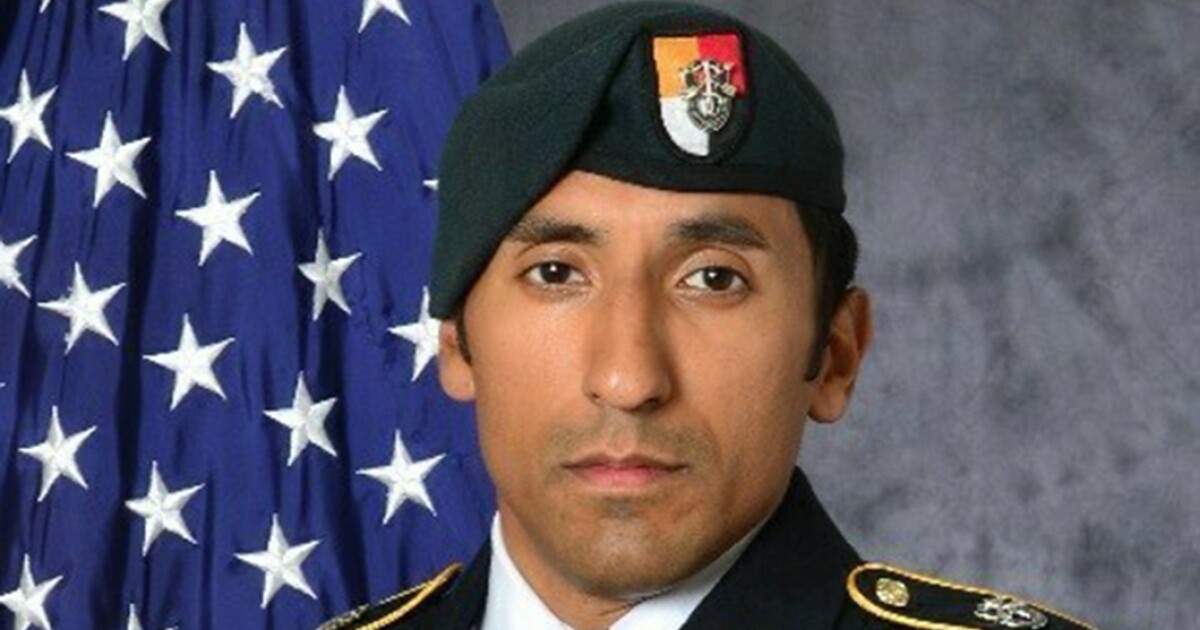 The widow of a Special Forces soldier said she forgives the Navy SEAL who pleaded guilty for his role in her husband's death.

But that doesn't mean she thinks he can survive the Navy SEAL Trident ever again.

"The important thing to me is that you can no longer do this to another service member and no longer able to wear the SEALs, which so many other people do honorably," Michelle Melgar, who was married to Army Staff Sgt. Logan Melgar, said in court Thursday.

Chief Special Warfare Operator Adam Matthews was one of four service members who had been charged in the death of her husband in Mali. Matthews confessed that he and another Navy SEAL, along with two marines, bargained in Melgar's room with a sledgehammer in June 2017.

Matthews said he helped tape Melgar's wrists and ankles with duct tape while Special Operations Chief Tony DeDolph succeeded him in a chokehold. Although Matthews said they only intended to limit blood flow to Melgar's head, Matthews said Melgar died from asphyxiation.

"On June 4, 2017, the Navy expected me to lead," Matthews said in court in Norfolk, Va., Thursday. "I have been carrying the weight of Sgt. Melgar's death every minute of every day since that night in Mali." "This was my fault," he said later. "I humbly accept whatever punishment you think is warranted."

He also confessed that he and other service members, who have yet to be court-martialed, tried to hide what they did. Additionally, he claimed that the hazing had been approved by Army Sgt. James Morris 1st Class, who had not been previously charged.

"Matthews said," I can't describe the death of Staff Sgt. "I am truly sorry."

"I am tormented by my complacency at a time when my teammates required my guidance and the situation required bold, corrective actions," Matthews said.

Matthews, who was awarded a Purple Heart Following an injury in Afghanistan, was sent on Thursday to one year behind bars. He will also be demoted and will receive a bad-conduct discharge.

Although Meglar's widow said she forgave Matthews, his mother did not accept the apology and said she was serving a life sentence in prison.

"You, sir, are a murderer. Logan's blood will never wash off you," she said. "You are a disgrace to your Purple Heart. May God have mercy on your soul." "You trust him from us. When Logan died, we all died, and I really wish you were going to prison for the rest of your life, "she said.