Why were Colombian ex-soldiers in Haiti? Experts say they are popular mercenaries 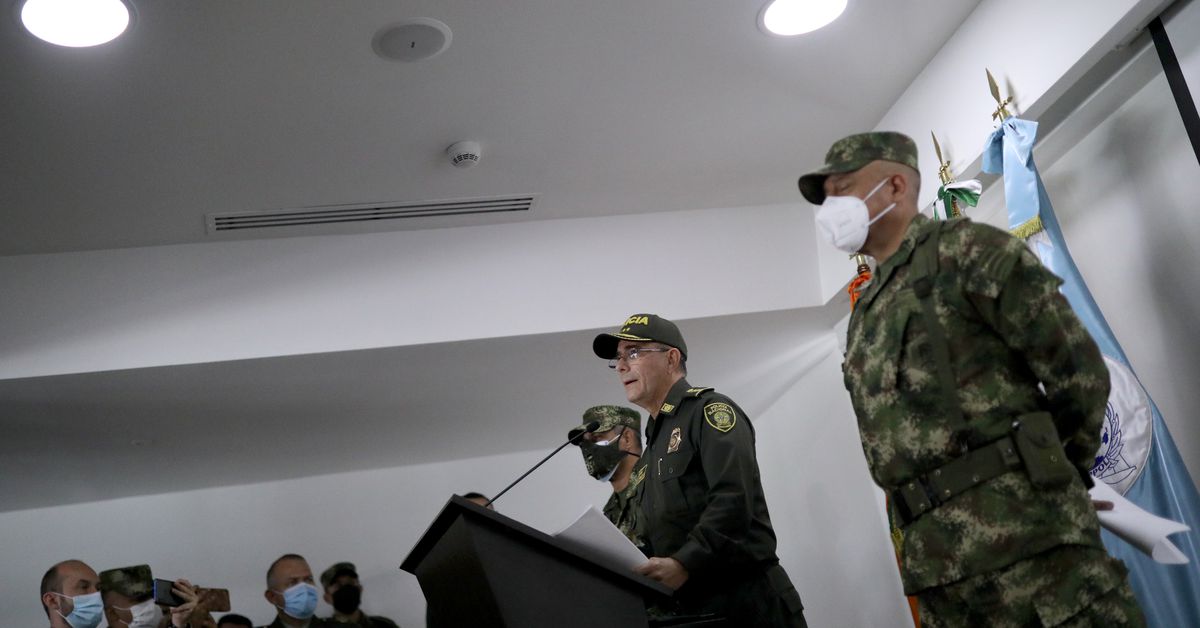 BOGOTA, July 9 (Reuters) – Highly trained Colombian soldiers left at a loose end after retirement have often been tempted by opportunities to conduct their trade abroad as private military contractors from Iraq to Yemen, military officials and experts said Friday.

7 ex-members of the Colombian military are among the suspects in this week’s assassination of Haitian President Jovenel Moise, who was shot early Wednesday in his home by what officials said was a group of foreign mercenaries.

The assassination has put Haiti deeper in political unrest amid widespread gang violence. The motive for the killing – and its intellectual authors – remains unknown.

But for those who want to hire mercenaries, Colombia is a popular choice. The South American country’s nearly 60 years of internal conflict have provided soldiers with a productive training ground.

For those trained as part of elite counter-terrorism units, retirement can come as early as the 40s, leaving many with only modest pensions and a small idea of ​​what to do next.

“The recruitment of Colombian soldiers to go to other parts of the world as mercenaries is a topic that has been around for a long time because there is no law banning it,” Military Commander-in-Chief Luis Fernando Navarro told reporters.

“For example, there are a significant number of Colombian soldiers in Dubai.”

The United Arab Emirates has been a key client of Colombian ex-soldiers who sent them out to fight Iranian-backed Houthis in Yemen along with fighters from Panama, El Salvador and Chile, according to Sean McFate, a senior fellow at the Atlantic Council thin tank and professor at Georgetown and National Defense University.

Latin Americans charge a fraction of what American or British ex-soldiers do, even when they earn up to four times their old military salary, McFate wrote in a 2019 report.

Navarro said retired soldiers were given the chance to take classes with Colombia’s technical college system, but the military does not keep track of retirees.

Colombians are often recruited as mercenaries “because of all their experience,” Army Chief of Staff General Eduardo Zapateiro told Reuters.

“It’s a shame because we train them for other things,” he said.

Colombian soldiers with experience in counter-insurgency and anti-terrorism in the cities or who have received training in countries such as the United States and Israel are generally those targeted for recruitment, a military source told Reuters.

All young Colombian men must spend at least a year performing military service or police officers, even those who go to university and are able to pay a fee are excused.

Continuing to become full-time soldiers may be one of the few formal jobs available to those with poor backgrounds, especially in rural areas hard hit by the conflict.

The work pays little, is dangerous and involves being away from loved ones as well as confronting distrust of the armed forces in places where soldiers have been accused and sometimes convicted of human rights violations.

“Every day, new private military groups emerge from countries such as Russia, Uganda, Iraq, Afghanistan and Colombia. Their services are more robust than Blackwater and offer greater fighting power and willingness to work for the highest bidder with little regard for human rights,” McFate wrote in the report.

“They are mercenaries in every sense of the word.”