Why messaging app Signal is rising in popularity right now 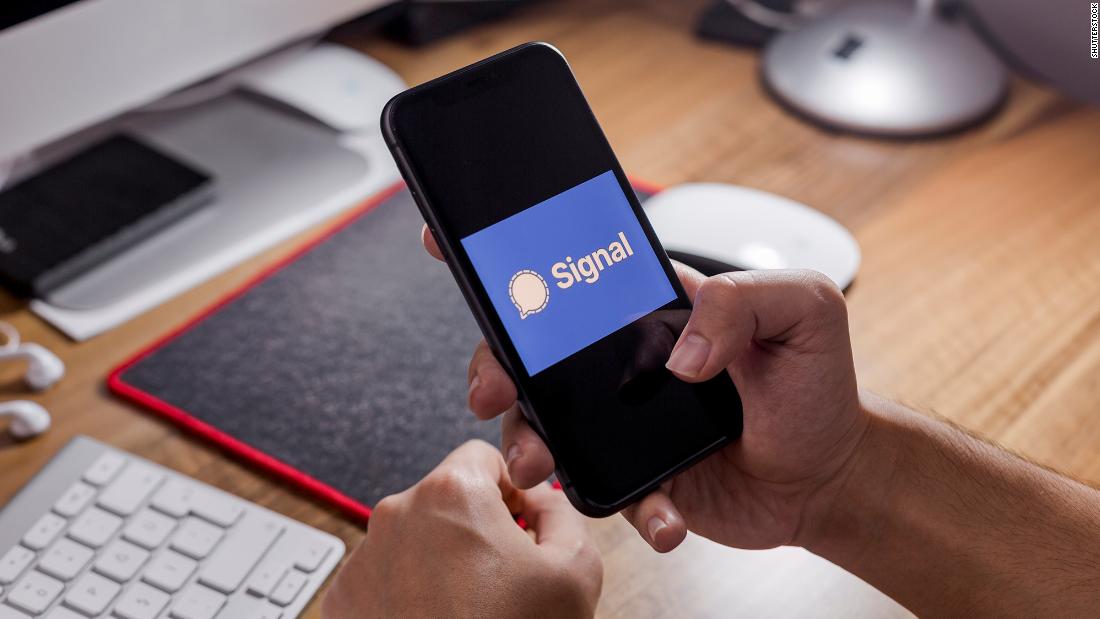 Signal had about 7.5 million installations globally from the App Store and Google Play between Thursday and Sunday, more than 43 times the installations it received during the previous week, according to market intelligence firm Sensor Tower.

7;s biggest names, including Tesla CEO Elon Musk.
The leap into new Signal downloads also followed the riots in Washington DC and moving past Amazon (AMZN), Apple (AAPL) and Google (GOOGL) to cut ties to Parler, the social networking service preferred by right-wing extremists. Telegram, another encrypted messaging app on Tuesday, said it had attracted 25 million new users from around the world in the previous 72 hours, bringing the total active user base to 500 million.
The huge increase in Signals traffic caused some errors. On Thursday, Signal tweeted that confirmation codes for new user signups might be delayed “because so many new people are trying to join Signal right now (we can barely register our enthusiasm).” The issue was resolved over the weekend.
“We currently have a record level of downloads for the Signal app worldwide,” Signal employees said in a Reddit post on Friday.

What happens to WhatsApp?

WhatsApp began informing users last month about the updated terms of service and privacy policy that people must accept in order to continue using the app after February 8th.

Many users expressed concern over a section of WhatsApp’s privacy policy that describes what user data is collected and shared with parent company Facebook, which has a troubled reputation when it comes to protecting user data.
All private messages between individuals and most businesses on WhatsApp are protected by end-to-end encryption, which means the app cannot see them or share them with Facebook (users are notified before chatting with a company where messages does not end in -end encrypted). But WhatsApp collects other user information, such as how and when someone uses the app and information about user devices such as IP addresses.

WhatsApp’s privacy policy states that user information it collects may be shared with other Facebook companies “to help operate, deliver, improve, understand, customize, support and market our services and their offerings.”

However, these data sharing practices are not new, according to the company.

Here’s what has changed: WhatsApp’s privacy was last updated globally in 2016. At that time, it offered WhatsApp users the option to opt out of sharing data with Facebook, an option that was only available for a short time. In this latest update, the reference to the now expired option has been removed.

The more important policy update concerns WhatsApp business users. It reveals that companies that Using WhatsApp to talk to customers can choose to save logs of their conversations on Facebook hosting services.

“The update does not change WhatsApp’s data sharing practices with Facebook and does not affect how people communicate privately with friends or family, no matter where they are in the world,” a WhatsApp spokesman said in a statement, adding that the company remains “deeply committed to protecting people’s privacy. ”

In short: No additional WhatsApp user data is shared with Facebook after acceptance of the new terms than was previously shared. That is, unless you took advantage of opt-out in 2016.

WhatsApp has tried to spread confusion over the updated policy, including by publishing a FAQ about its privacy practices.

While the policy is not new, the dustup attention has drawn attention to WhatsApp’s data sharing practices with Facebook, which many people may not have read before clicking “agree.” It can encourage users to skip ship, where Signal is proving to be the most popular alternative.

Signal is another free app that delivers encrypted messaging, calls and video chat. “Encrypted” means that the content of messages is encrypted until they reach the recipient and no intermediary can see them. The app is powered by the nonprofit Signal Foundation, which was launched in 2018 using WhatsApp co-founder Brian Acton, who left WhatsApp and Facebook the year before.

Acton said in a 2018 statement announcing the launch of the fund that Signal aims to build “sustainable technology that respects users and does not rely on commoditization of personal data.”

In the midst of the search for new sign-ups, Signal is rolling out new features similar to those on WhatsApp, such as background chats and an “about” section for user profiles. And a new one Apple (AAPL) policies that require apps to provide a label that describes their privacy practices in the App Store may make it easier for users to compare different messaging apps’ policies.

Signal did not immediately respond to a request for comment regarding rushed new sign-ups.

The app has received some high profile connections. Tesla (TSLA)‘s Musk on January 7 tweeted: “Use signal.” Twitter (TWTR) CEO Jack Dorsey retweeted it and later posted a picture of Signal at the top of the App Store chart with a caption with a heart.
Former NSA investigator Edward Snowden also retweeted Musk’s post, adding the message: “It’s @signalapp, for those who do not speak Elon.”
Although their tweets did not mention Facebook or WhatsApp, both Musk and Dorsey have previously criticized the social media giant.
Some people were apparently confused by Musk’s advice. Shares of Advanced signal (Sigl) – a small, Texas-based technology company with no connection to the messaging app – rose more than 6,000% in the days after Musk’s tweet before the temperate Tuesday.

Signal, the messaging app, sent a cheeky tweet about the mix-up, saying, “Is that what stock analysts mean when they say the market gives mixed signals?”

No, this Nintendo ad did not raise the price of the switch – it’s just Canadian