Who decides when vaccine studies are performed? Internal documents show that Fauci plays a key role 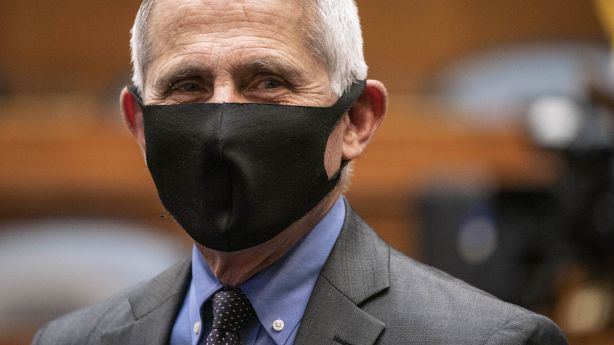 This story was originally published by ProPublica.

WASHINGTON – Dr. Anthony Fauci, the country’s top official for infectious diseases, will oversee most of the ongoing COVID-19 vaccine trials in the United States, but not the current front-runner from Pfizer, documents obtained by ProPublica show.

According to a draft charter outlining how most of the advanced COVID-19 vaccine trials will be monitored, Fauci is the “designated senior representative” of the U.S. government who will be part of the first look at the results. That puts Fauci in the room with the companies – including Moderna, Johnson & Johnson and AstraZeneca – to decide if the vaccines are ready to seek approval from the Food and Drug Administration.

7;s role, which has not previously been reported and was confirmed for ProPublica by the National Institutes of Health, could provide some reassurance in light of widespread concerns that President Donald Trump wants to rush through an untested vaccine. As Senator Kamala Harris, the Democratic candidate for vice president, put it in last week’s debate: “If the public health staff, if Dr. Fauci, if the doctors say we should take it, I will be the first in line to take it.”

But there is a big caveat. Fauci does not have the same practical role for the vaccine that seems to be ready to show results the fastest: Pfizers. This is because Pfizer chose not to accept government funding and participate in the federal program to develop a coronavirus vaccine, known as Operation Warp Speed. (The government made a nearly $ 2 billion deal with Pfizer to pre-order up to 600 million doses of the company’s vaccine, but that does not contribute money to the vaccine’s development, as it does for other companies.)

“(We) offered opportunities for collaboration with Pfizer,” said a spokesman for the National Institutes of Allergy and Infectious Diseases, a branch of the NIH. “Pfizer chose to conduct their Phase 3 investigation without Operation Warp Speed ​​or NIH support.”

Pfizer CEO Albert Bourla said Friday that the earliest his company would be ready to apply for a permit would be the third week in November. While Pfizer may know by the end of October whether the vaccine is effective, it will need extra time to gather sufficient safety data to be presented to the FDA, Bourla said in an open letter on the company’s website.

Fauci’s role in overseeing the companies involved in Operation Warp Speed ​​stems from a unique event set up by the government to oversee the trials. Typically, clinical trials set up their own independent panels of researchers, known as a data security monitoring card or DSMB, to keep an eye on security concerns or early signs of success. However, all vaccine trials in Operation Warp Speed ​​share a common DSMB, whose members were chosen by Fauci’s agency, NIAID. They also share a network of clinical trial sites where some volunteers are recruited for the studies.

A DSMB is responsible for making recommendations such as To stop the experiment if there are safety issues or to let the manufacturer know that there is sufficient documentation to submit an application to the FDA. Usually, a DSMB’s recommendation goes to the company running the lawsuit. In this case, the US government – which will have two representatives, one from NIAID and one from the Biomedical Advanced Research and Development Authority – will also have a seat at the table to decide what to do next.

“When the DSMB makes a decision, the DSMB not only makes a recommendation to the investigating sponsor, but also to the” US government, whose “designated senior representative” is Fauci, NIAID confirmed in an email. Fauci refused to be interviewed.

It is not the same as saying that Fauci has the last word. The company and the government are expected to reach an agreement, the agency said. But if they can not all agree, the company hears the final decision.

Still, it would be an improbably bold move for a company to go beyond Fauci’s objection given his public stature, experts said. “These are the most important trials in medical history, this is the ultimate fish pile,” said Dr. Eric Topol, director of the Scripps Research Translational Institute. “I do not think any sponsor will dare to oppose DSMB’s recommendation.”

While the mechanics of a DSMB may be unknown to most publics, people probably know and trust Fauci, according to Amy Pisani, executive director of the national nonprofit organization Vaccinate Your Family. “(He is the nation’s beloved right now,” Pisani said. “I think people trust Anthony Fauci.”

“Having Fauci supervised is great,” Topol added. “The more people there are experts who look at it, the better. You can’t be careful enough.”

Other members of the DSMB for COVID-19 vaccines, though not as well known as Fauci, are also widely respected in their fields. DSMB members are typically kept confidential to protect them from outside influence, but ProPublica has been able to identify a few members. The charter obtained by ProPublica described the group, which has about a dozen members, as expertise in “biostatistics, clinical trials, infectious diseases, vaccine development and ethics.”

The panel chair is Dr. Richard Whitley, Professor of Pediatrics, Microbiology, Medicine and Neurosurgery at the University of Alabama at Birmingham. His role became public when the university announced it, though the website was later taken down.

His leadership provides another level of comfort in the reliability of the trials for those who know him. “He is not only famous light, but he is famously independent and overt,” said Dr. William Schaffner, Professor of Preventive Medicine and Infectious Diseases at Vanderbilt Medicine. “He will look at the data and tell you exactly what he thinks.”

Susan Ellenberg, professor of biostatistics at the University of Pennsylvania and former director of the FDA, told ProPublica in an interview that many people, including herself, were concerned that the NIH might be “pushed by the political leadership at HHS to release data “from premature trial, which may undermine the integrity of a lawsuit. HHS, the U.S. Department of Health and Human Services, is NIH’s parent agency. Her concern was that political leaders might not understand scientific arguments for not disrupting lawsuits when they want data “in order to move quickly in an urgent situation,” she said.

At the time of the interview, Ellenberg had not identified herself as a member of the NIH’s DSMB, but later admitted that she was a member.

Dr. Malegapuru William Makgoba, an immunologist based in South Africa, is one of the few international members of the DSMB. Makgoba is known for its work on public health initiatives on HIV / AIDS, including the South African AIDS Vaccine Initiative. Makgoba confirmed his role in the DSMB, but declined to comment further.

The joint DSMB appears to be unprecedented, if only because there have not previously been several vaccines under development for the same disease at the same time. Experts said the event provides benefits such as strengthening the available evidence to show that a single shot is safe and effective.

Standardization of experimental measurements should make it easier for vaccines to compare head-to-head, which can be helpful in knowing whether one is better or worse than another in certain subgroups, such as the elderly or people with compromised immune systems, according to Vanderbilts Schaffner.

“For me, it is better for public health to have a fairly common assessment,” said Dr. Gregory Glenn, president of research and development at Novavax, which has received $ 1.6 billion from Operation Warp Speed ​​and hopes to launch its Phase 3 trial in the United States this month as part of the NIH’s clinical trial network.

There may also be some benefits from a security perspective.

If a potential security problem occurs in a trial, having a common data security monitoring card for multiple trials means that the board, by taking care of the same problem across all trials, says Dr. Tal Zaks, medical director of Moderna. “Since AstraZeneca had a negative side effect, we have a DSMB looking at our trials – the fact that it’s the same DSMB means there is no DSMB to train another DSMB,” Zaks said. (ProPublica’s Chairman of the Board, Paul Sagan, is a member of Moderna’s Board of Directors and a company shareholder.)

AstraZeneca’s lawsuit has been put on hold in the United States, while the company and the FDA are investigating what happened to a participant who had a bad reaction. It is not yet clear whether the reaction was due to the vaccine or unrelated.

“AstraZeneca is committed to working with governments and key partners to ensure that we develop and obtain regulatory approval for an effective vaccine as soon as possible,” the company said in a statement.

AstraZeneca added that another benefit of joining the government’s consortium was that its large network of test sites could help reach minority communities that are historically less represented in clinical trials and also more vulnerable to COVID-19.

Pfizer’s decision not to participate means that it and the other companies may be missing out on some of these benefits of pooling resources. “It’s at least unfortunate and not very sporty, as the British would say,” Schaffner said.

At the same time, there may be benefits to Pfizer’s solo. “One of the biggest risks to this process is the perception of political influence, and in that respect it is a good thing to have parallel efforts, especially efforts that are considered independent of each other and / or independent of perceived sources of political influence. , “said Mani Foroohar, an analyst at investment bank SVB Leerink.

Pfizer declined to comment on its decision not to join the government’s shared DSMB and sample network.

Whether it’s Pfizer or one of the companies involved in Operation Warp Speed, the FDA is one of the last to see if a vaccine is ready for public use.

The FDA has promised to present the data to an advisory committee of external experts at a public meeting. A preliminary meeting will be held on October 22 to generally discuss the standards that the FDA will seek to see before approving any vaccine. The Agency has also committed itself to holding meetings of the Advisory Committee to review data from individual vaccine candidates.

Between the Independent Control Security Monitoring Committees and the meetings of the Public Advisory Committees, “any kind of hanky-panky that people are concerned about will go through several checkpoints,” Fauci said in an interview with Dr. Howard Bachner on the JAMA Network podcast on September 25th. “The big elephant in the room is, is there anyone who will try to get a political end to get involved in the process? … If you look at the standard process for how these things work, I think you can feel comfortable. that it really is unlikely to happen. “