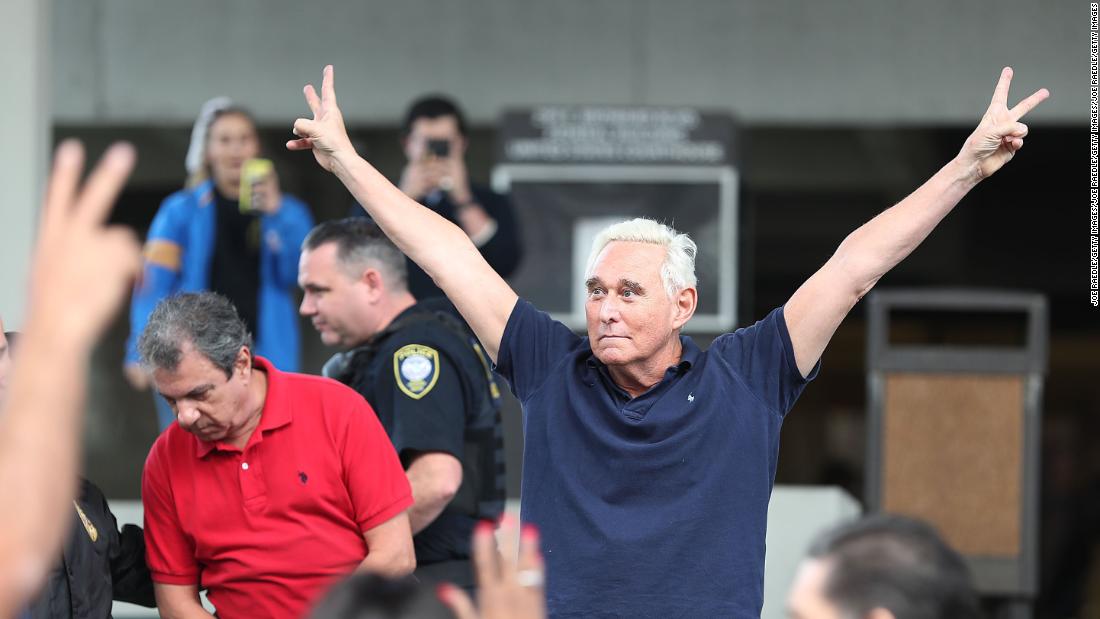 That's right out of the Dirty Politics 1

Stone has survived – and at times prospered – by his willingness to go lower than any one else in the political world. To pull tricks, or try to pull tricks, that other people would dismiss as too sleazy or too dangerous.

Stunts like, say, posting and image of someone with crosshairs next to it, then removing the image, then apologizing for posting

Jackson nodded to his dirty trickster reputation in court on Thursday. "Roger Stone fully understands the power of words and the power of symbols," she said. "There's nothing ambiguous about crosshairs."

Then she placed a full gag order on Stone – meaning it cannot speak publicly about the case at all.

The Point : Stone, like many of the Trump-adjacent figures who have been caught up in the Russian investigation, seems to be treating this all as just one big public relations campaign that he needs to win. Thursday's ruling throws a bunch of cold water right in his face on that line of thinking.