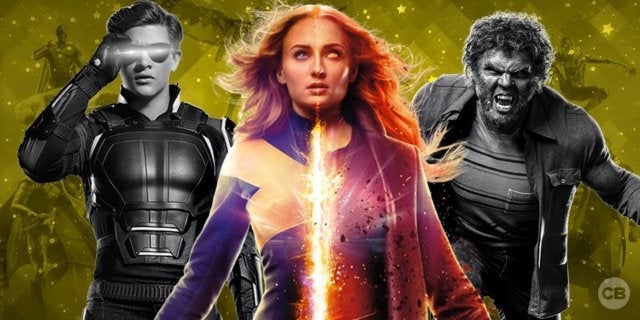 With Avengers: Endgame the first 10 years of the Marvel Cinematic Universe comes to a close. Many of the headlines are expected to end their stories so others can take their place. At the same time, Disney's purchase of 20th Century Fox gives Marvel Studios the right to make movies based on the X-Men. We know nothing about Marvel Studios' plans for the mutant heroes, but we can make some educated guesses.

The important thing to note here is that the backbone of the MCU approach is to focus primarily on 21st-century stories while paying homage to classics. Stories like Iron Man: Extremis Captain America: The Winter Soldier and The Ultimates are all modern classics used to inform the MCU. It seems safe to start with the assumption that Marvel would be the same for the X-Men

, a radical reinvention that revitalized the franchise. It was followed by Astonishing X-Men a series written by The Avengers film writer / director Joss Whedon with art by John Cassaday. The series streamlined much of what Morrison implemented, reinstated some classic superhero touches and gave it all a cinematic sheen. Around the same time, Marvel reimagined the franchise in Ultimate X-Men . Written by Mark Millar, the series retold classic stories without the baggage of continuity. Using these three series as a basis, let's consider how they could form the MCU approach to the X-Men

How does the MCU explain mutants appearing after 10 years of stories where they are not mentioned? By saying that mutants have been around for but are only now so numerous that the public at large is aware of them and that anti-mutant sentiment is spreading. Professor Charles Xavier has been teaching mutant children at his school for years and could be considered an expert on the subject, but has not outdated himself as a mutant. He was also using his telepathic gifts to keep the secret of his school. This approach means the X-Men don't break MCU continuity, and puts them in a position to relay the mutant metaphor where the mutant serves as a stand-in for any marginalized and oppressed community.

The status quo could then change When Xavier's old friend Magneto reacts as the leader of the Brotherhood of Mutants. As a Ultimate X-Men this version of the Brotherhood would be the rough mutant equivalent to a modern terrorist organization, employing similar tactics. With strong writing, this can be used to bring out the tension in the mutant metaphor – to ask questions about how we often and unjustly hold all members of a minority responsible for the actions of their worst actors.

Around this time, a new student could come to stay at Xavier's school. Kitty Pryde seems to have the choice here as what she was created for, and she was the point-of-view character for much of Astonishing X-Men . Given this approach, Magneto could also send the mutant assassin Wolverine to infiltrate and undermine Xavier's school, and especially the team that was put together to oppose the Brotherhood.

The Brotherhood's aggressions could then force Xavier's students out of the shadows. Taking a page from Astonishing (and some other stories), they might decide to approve the iconography of superheroes (19659002). out to oppose the Brotherhood. At a crucial moment after spending time with the X-Men and learning about Xavier's dream, Wolverine could then switch sides and help the X-Men to defeat the Brotherhood (another beat from Ultimate X-Men ). Magneto would obviously escape, putting him on the path to becoming the most complex and conflicted villain in the MCU since Loki.

The film could then end with a scene taken straight from New X-Men one that echoes the endings of Iron Man and Black Panther. Charles Xavier holds a press conference and tells a television audience, "My name is Charles Xavier, also known as Professor X. And I am a mutant," revealing himself and his mutant school to the world.

This approach seems very true to what modern X-Men comics have been as well as how Marvel Studios does things. Beside Professor X, Magneto, Wolverine, and maybe Kitty Pryde, there's room to insert almost any character into the plotline. Storm has a history with Black Panther in the comics. This could be used to introduce her early in Black Panther movie or to connect the two later, though it's important to her character arc that Storm's meeting with T'Challa and exposure to Wakanda not undercut Professor X's request for Here to leave her tribe to share her gifts with the world.

As another example, Rogue is a key character in the life of Carol Danvers. She could be introduced in Captain Marvel sequel and then, regretting her actions, serve as the point-of-view new student in the X-Men movie, (though this may be too similar to the original X-Men movies about things. Or, she could take Wolverine's place as the Brotherhood's plant within the Xavier school if Marvel's Studios would rather introduce Wolverine as a solo hero, which seems like a reasonable possibility.

And if you're Wondering how the X-Men look physically in the Marvel Cinematic Universe, look to John Cassaday's costume designs in Astonishing X-Men . The way he blends traditional superhero aesthetic with modern practicality, adding seams and texture to giving the costumes more than simple "yellow spandex," would be right at home with the Marvel Studios approach to costume design.

This is just one projection of how the X-Men can work in the MCU. universal and rse’s continuity, and also allows the X-Men to fit in with the Marvel Studios' style or superhero storytelling without sacrificing their metaphorical value. It may be years before we see mutants in the Marvel Cinematic Universe, but just considering it reveals the potential therein.