What happened to Baby River Nasino? Three-month-old in the Philippines dies after being separated from mother 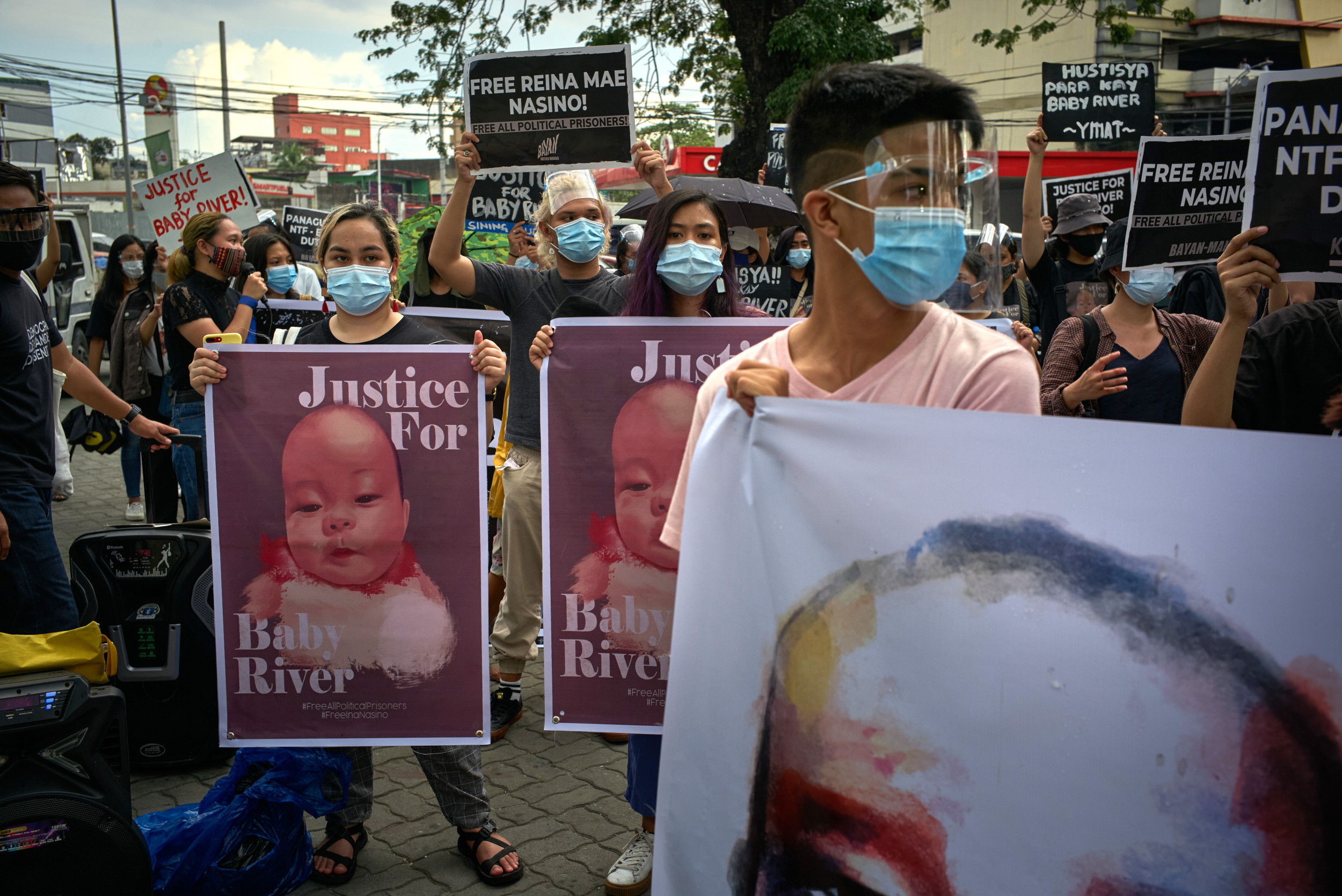 The scream over the river Nasino, a 3-month-old baby girl from the Philippines, spread across social media after photographs and reports of her funeral circulated Friday.

River is the daughter of Reina Mae Nasino, a 23-year-old human rights worker and political activist. Reina Mae worked for the Kadamay poverty group at the time she was arrested in November 2019.

Police officers arrested Reina Mae and two others after a regional lawsuit issued a series of warrants in the Manila metro area last year. They were charged with illegal possession of firearms and explosives, a non-surety offense in the Philippines, according to a letter written by the integrated lawyer in the Philippines. The IBP, the official organization of all Filipino lawyers, has raised several questions about River̵

Reina Mae and the other two have denied the allegations, claiming that the authorities planted ammunition during a crash on left-wing activists, according to the BBC.

Reina Mae remains detained at the Manila City Jail Female Dormitory and did not find out she was pregnant until her medical examination, according to the BBC. Despite all this, the young woman was “very excited about being a mother,” her lawyer, Josalee Deinla, told the BBC.

Reina Mae gave birth to River on July 1, but they were forced to separate barely a month later, on August 13, despite the river being fragile and underweight, according to the BBC.

“She did not want to give up her baby. She was actually asking for the baby to stay longer,” Deinla told the BBC.

According to Philippine law, a child born in custody can remain with the mother only for the first month of life. Some exceptions can be made, and campaigns pressured the authorities to release Reina Mae, but to no avail.

People began petitioning for Reina Mae’s release from prison for health and humanitarian reasons, and because she is still breastfeeding, according to the IBP. Her lawyers made several appeals, in which the woman’s case was reviewed by several courts, the Supreme Court and an appellate court, the IBP letter states.

“We wanted to tie blue ribbons to the poles of Supreme Court sports. They stood for the river, the core of life. We placed candles outside. But they did not listen,” Fides Lim told the BBC. Lim runs Kapatid, a support group of families and friends of political prisoners in the Philippines.

Reina Mae’s mother was given responsibility for taking care of the baby during this time, but River’s condition slowly worsened and she was hospitalized on September 24, according to the BBC. The baby died last week, just 3 months old, after suffering from acute respiratory syndrome, Interaksyon reported.

A judge sentenced Reina Mae to two separate three-hour jail terms from prison for attending her daughter’s funeral, one Wednesday and the other Friday. Pictures from the funeral show Reina Mae dressed in fully personal protective equipment and handcuffs. According to Rappler, police officers surrounded the young woman with powerful firearms.

“Despite many fully armed BJMP [Bureau of Jail Management and Penology] companions, police and military personnel who monitor and accompany Reina Mae, she remained handcuffed while in the wake, ”the IBP letter said.

Several Philippine officials have since expressed outrage over the circumstances surrounding the child’s death and have pointed out how accused high-profile officials receive favorable treatment compared to political prisoners like Reina Mae.

“There is no justification for this injustice and brutality committed by the state against a mother and her dead 3-month-old child,” Gabriela Women’s Party tweeted Friday. “We need to hold the state accountable to this culture of impunity that has plagued our society. Free Reina Nasino! Justice for Baby River!”

The IBP reiterated this sentiment and called for better treatment of children in the eyes of the law.

“Let our concern, dismay or anger and the tears we can shed for Baby River Nasino nurture our collective determination and action to improve the justice system,” the IBP wrote. “Do not let our innocent children fall through the cracks. Babies have rights and we have a duty to care for them. Let our humanity rise above our personal comfort or the privileges of power.”

Newsweek contacted IBP for further comments on the matter, but did not respond in time for publication.