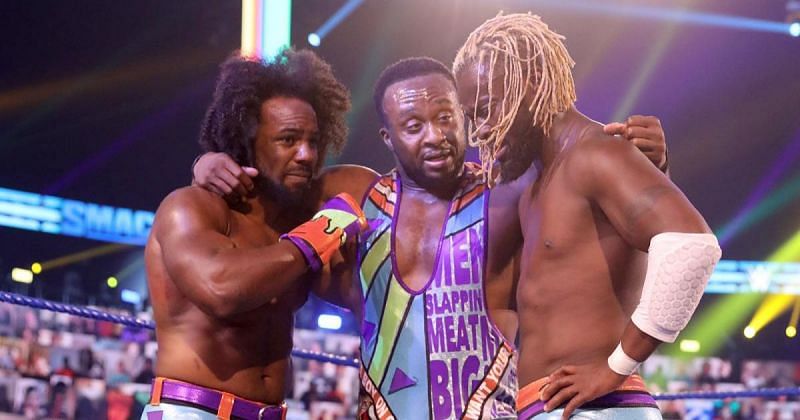 The New Day fought what could be their last match together at SmackDown’s season premiere on Fox. Kofi Kingston, Big E and Xavier Woods took a very emotional victory over Shinsuke Nakamura, Sheamus and Cesaro in a six-man match.

The New Day members shared a touching moment after the match, as it could very well be the last time we see the three men together (until WWE finally books a reunion angle).

Kofi Kingston, Big E and Xavier Woods were involved in yet another emotional backstage interview after their SmackDown match. Each New Day member was asked about their time as a trio and what the new day meant to them.

New Day responds to their emotional farewell to SmackDown

New day is more than just a faction as all three men share a really strong relationship that transcends the boundaries of kayfabe.

A sharp Kofi Kingston was the first to discuss his work with Woods and Big E and the new day that was officially disbanded at SmackDown.

“It felt good because you know we have not been in the same ring with each other for a year, probably about a year, almost a year, if not longer. And for us to go out there and be on the same page, we talk always about our chemistry and we know we have something very special but there are still like a little bit of nerves coming back.You do not know if you will be able to continue where you left off and of course could we do it.So it meant the world to me, but to be in the ring with each other, I will not say one last time, but to be in there and win is just a reminder of why we did it.I know people at home virtually, but you can still feel the energy, you know the people in the building, it̵

7;s just something special we have, and I’m just so lucky to have shared the ring with these guys for the last six years, and that victory just meant the world to me. “

Xavier Woods was the most emotional of the three as he cracked a few times while talking about his experience working with the two men standing next to him. Wood revealed that it took him ten years to find an act like the new day. According to Woods, The New Day’s split felt like schoolmates moving in different directions. Woods’ career goal was to find people like Big E and Kingston to work with, and he found not only professional success with the new day, but also brothers in the process.

“A victory is obviously big. That’s why we do it; we want to win. Get the winner’s purse and all that (laughs). It’s one thing, get the champion’s payslip, but honestly, for all the time I’ve been a wrestler , I tried to find the people I wanted around me to do this, what I knew it could be for me, and I did not find it until nine or ten years inside my career. And again, to win is amazing, championships are amazing but it’s like you’re leaving your schoolmates.You know you want to see them again and everything will be fine but the first first departure is uh (breaks); it’s a lot. career, I was looking for these guys and I did not know it was them, but once you find it (voice crack), it’s, it’s a lot. It’s a lot. “

Big E finally shared his thoughts on the split of the new day, and he recalled the days when he feared being fired and how the group has come a long way since they merged as The New Day in an attempt to get little TV time.

“I think one of the reasons it’s emotional for us is, like, what we do on screen is like five percent of the time we spend together. As I recall, Woods had to leave to get married.I remember Kofi had to travel to the European tour because he gave birth to a baby and got there in the course of time.I remember I was with Woods in his old house and he had a shed and it was not like a normal shed had ever seen.It was like a separate house and we stayed in his shed and I can only remember how many times we have bread broke together that we have talked.I , just as successful as we have been together over the years, I always think back to 2014, and I always think back to how desperate I was to be on TV. I think back to finding something just to keep my job, because i felt like i was so close to being fired and we were just trying to get on tv with kind regards.we were just three guys trying to get booked and all the in-ring performance is incre Dible. It’s obvious that Kofi becoming world champion is incredible, the brand titles are incredible, but I will always remember the times we spent on camera. I remember how much confidence I was able to put these two into a business that is often very forgiving when you have this dog-eating mentality, these crabs in a barrel mentality. We trusted each other with everything and that means the world to me and if my career ends tomorrow I will always have it. I will always have these two people for whom I am so grateful. That I really love and I can not thank them enough for these six years and counting. It’s just a break. It’s a break. “

What’s next for BIg E, Kofi Kingston and Xavier Woods after the split of The New Day? 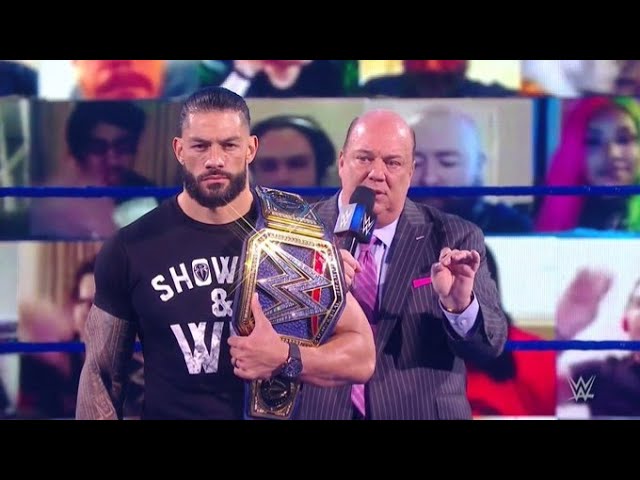 Big E continues its singles on SmackDown, while Xavier Woods and Kofi Kingston become the best team on RAW. WWE has big plans for the Big E at SmackDown, including a character change and a solid single push after he breaks away from the new day. In terms of Kofi and Woods, they are expected to head the RAW Tag Team division as Tag Team Champions for the red mark.

What is your happiest memory from the new day? Note it in the comments section below.

Mandalorian season 2 Easter eggs, cameos and every spoiler you may have missed

Sean Connery, James Bond star dies at 90: ‘One of the true greats of cinema’