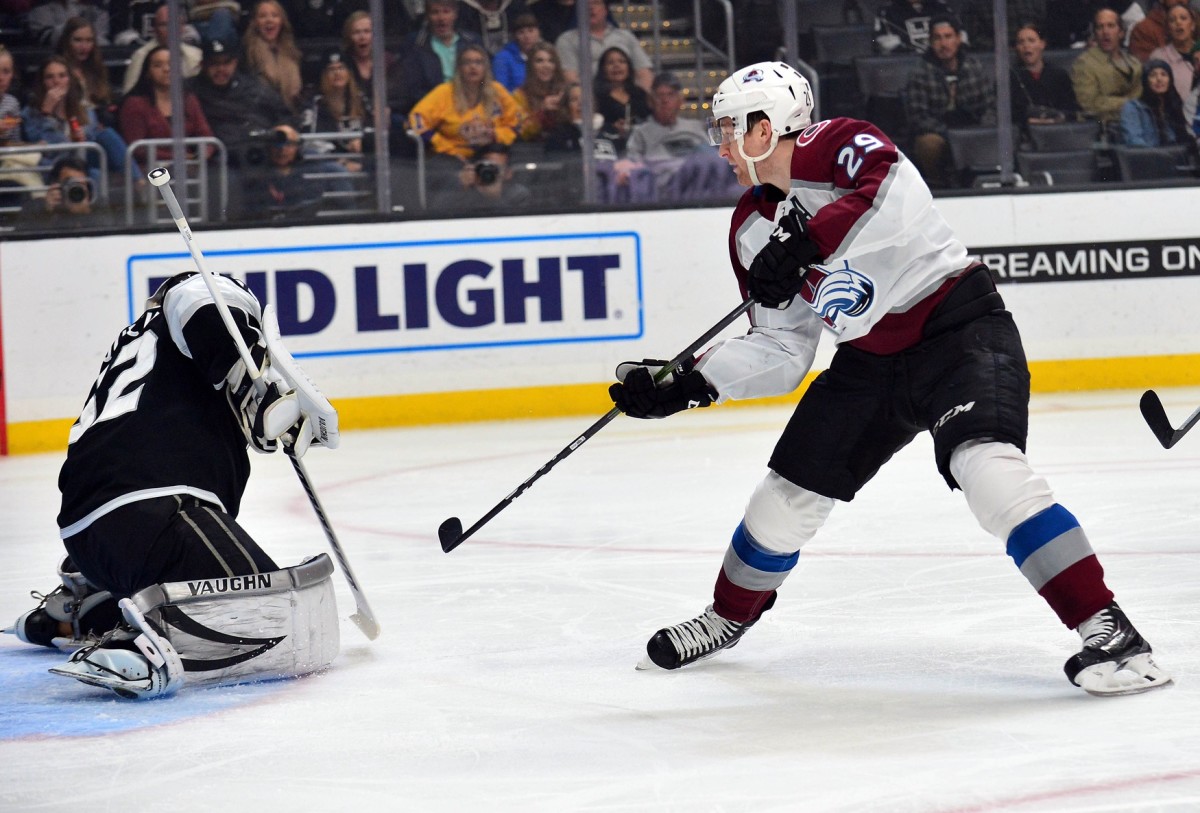 Just over three months after the NHL finished one season like no other, it is starting another season like no other. It will be chaotic. It will be unpredictable. But most of all, it will be wonderful. Very well paid athletes playing a game may not even come close to eradicating everything that has been lost from the COVID-19 epidemic, but for at least a few hours for every night for the next 116 and over it can provide those who love this game with a distraction from the events of the real world and a reason to rejoice. We have not had many of them in the last 10 months, so let’s take them when we can get them.

Will there be positive tests? Of course. Will the NHL’s best obvious plans hit a few bumps along the way? Undoubtedly. Is there a good chance there will be an outbreak of the virus among NHL teams? Absolutely. But Major League Baseball and the National Football League have been able to play their seasons to the end, so there is no reason to believe the NHL will not do the same.

So what are we going to see on the ice? Well, we see far fewer goals called back by offside violations with the rule change allowing a player’s skate to be along the bluelines level, so that’s really good. We see a completely blistering pace for each team and we are likely to see a lot of discomfort, given that teams will play each of their opponents at least eight times in the regular season. And in addition to putting the Ottawa Senators in seventh place – and that’s not even a sure thing – good luck sorting the Northern Division. Across the East, at least one of the Capitals, Flyers, Bruins, Penguins and Islanders will miss the playoffs. Central has the defending Stanley Cup champion and legitimate candidates in the Hurricanes and Blue Jackets, and the West has the champion-awaiting avalanche with the league’s most deadly and impressive group of young talents, the former Misfits of Vegas and the Blues, who are even a year removed from winning the cup.

Ramped-up rivalry, reduced travel and intradivisional play all the way up to the semifinals make a seven-game series between opponents seem like a walk in the park. As 16 teams surviving this obstacle course come into the post-season in mid-May, they have already played 56 playoff games to get to this point. Think about how important every regular season is in the NHL in a normal 82 season. You simply can not take a day off against anyone. Ever. Well, with the schedule reduced to 56 games, you have pretty much increased the importance of each of these games by 30 percent. One GM said he would not be surprised if there is only a 10-point difference between first and sixth place in his division.

And the talent. Oh, the talent. The level of skill and speed in the game is the highest it has ever been. Of the top 10 goal scorers in the NHL last season, six of them were under 25. Connor McDavid is at the height of his efforts, as is Auston Matthews, who meets each other eight times this season. Jack Eichel of the Buffalo Sabers and Brayden Point of the Tampa Bay Lightning, two of the league’s new stars, will also see an awful lot of each other. Cale Makar and Quinn Hughes, two of the most dynamic young defenders the league has seen in years, will undoubtedly build on their rookie seasons and get even better. And when we talk about rookies, from Alexis Lafreniere to Kirill Kaprizov to K’Andre Miller to Tim Stutzle, they will create another exciting race for the Calder Trophy.

So if the players can not take free nights, we can not either. It’s usually good advice to pace yourself, but not this season. Do not look away for a moment because you will miss something really, really good. It’s going to be a wild ride, so get excited.

2. Vegas Golden Knights: Joining Avs on top of the West, Vegas added a star blueliner in Alex Pietrangelo while already boasting one of the best lineups in the league. Keep an eye on Shea Theodore too.

3. Tampa Bay Lightning: What would champs do without the injured Nikita Kucherov? A comeback from Steven Stamkos can be tonic. The bolts are loaded in any position.

4. Carolina Hurricanes: Goaltending can be streaky, but Canes has a powerful attack led by Sebastian Aho and Andrei Svechnikov plus an enviable bluelink corps that rolls deep.

5. Philadelphia Flyers: Carter Hart is the right deal in the net, while the Flyers bring exciting players to any position in front of him. Look for continued growth from Ivan Provorov and Travis Konecny.

6. St. Louis Blues: Yes, they took some body blows in the low season, but Ryan O’Reilly, Torey Krug and the newly added Mike Hoffman make this team a legitimate threat.

7. Toronto Maple Leafs: The ceiling for Auston Matthews continues to expand and Toronto has no trouble scoring goals. But can goalkeeper Frederik Andersen get off to a good start?

8. Washington Capitals: Ilya Samsonov is ready to be The Guy in the net and he wants some amazing skills ahead of him. The funny story: What does Zdeno Chara have in mind?

9. Vancouver Canucks: If Thatcher Demko is the right trade in the net (and he probably is too), then the Canucks will be a strength. Look for great things from Elias Pettersson and Quinn Hughes.

10. Boston Bruins: Early injury absence from David Pastrnak and Brad Marchand will hurt the Bs out of the gate, but expect a significant charge when they return. Big year for Charlie McAvoy.

11. Columbus Blue Jackets: Pierre-Luc Dubois is on the team – for now – and the Jackets are a pretty well-oiled machine at the moment. Liam Foudy will be a fun rookie to watch.

12. Nashville Predators: Led by Roman Josi, the Nashville defense will be excellent as always. But can they get the goalkeeper and the offense to keep up with Central?

13. Edmonton Oilers: Connor McDavid and Leon Draisaitl are two of the most explosive weapons in the world, but can this team also keep the puck out of their own nets?

15. New York Islanders: Unlocking Matt Barzal was obviously crucial as he stirs the drink on Long Island. They are scarier in the playoffs than the regular season – but they will have to get there first.

17. Montreal Canadiens: Possibly the biggest X-factor team in the league; if the Habs’ kids are really ready for primetime, they’ll be hard to beat. If not, it’s the Carey Price Show again.

18. Pittsburgh Penguins: Pens go in the wrong direction even if you’re never out hunting when Sidney Crosby and Evgeni Malkin are nearby. Is Tristan Jarry ready for his close-up?

19. Buffalo Sabers: Hope is in high supply here, and the Sabers finally have a crew to expand Jack Eichel. Taylor Hall has plenty of motivation, while Eric Staal can be a playoff whisperer.

20. New York Rangers: They get funny and they get involved in a lot of goals – in both networks. Artemi Panarin, Adam Fox, Alexis Lafreniere? Yes, it’s Broadway approved.

21. Winnipeg Jets: Connor Hellebuyck is the backbone and hopefully he gets a little more help this year. Josh Morrissey needs a rebound year and the pressure is on Patrik Laine.

22. Minnesota Wild: It’s finally Kirill Kaprizov’s time! But now the savages need some top-six centers. At the very least, the defense will be solid thanks to Matt Dumba, Jared Spurgeon and Ryan Suter.

23. Florida Panthers: There is a lot to like about the Cats, starting with Aleksander Barkov and Jonathan Huberdeau. But can Sergei Bobrovsky get back on the net? It’s a long contract.

24. Arizona Coyotes: At the very least, the Yotes will have very good goalkeepers and some interesting offensive weapons. But new GM Bill Armstrong gets his job cut out for him.

25. Ottawa Senators: Like the Rangers (but without a Panarin), Sens will be a lot of fun to watch thanks to a bunch of talented kids. Matt Murray is also trying to restart his career.

26. Los Angeles Kings: Winning the Battle of California is not what it used to be, but the Kings have some good kids coming up and Anze Kopitar gives stability up front.

27. New Jersey Devils: They will not be good, but at least they will be better. A bounceback from PK Subban is crucial, and perhaps rookie Ryan Murray will help with that effort.

28. Detroit Red Wings: Like the Devils, Wings will be less tragic than before, but they almost have to be. Dylan Larkin leads the charge, while Thomas Greiss helps in the net.

29. San Jose Sharks: The defense is getting old, the goalkeeper is rough, and the next wave has not done anything yet. Heck, the Sharks are not even playing in their own state right now.

31. Chicago Blackhawks: No Jonathan Toews, no Kirby Dach and no real starters in the net. This could be a very long season for Chicago fans; kind of a thing that comes back.

‘I think I’m worth every penny in my contract’