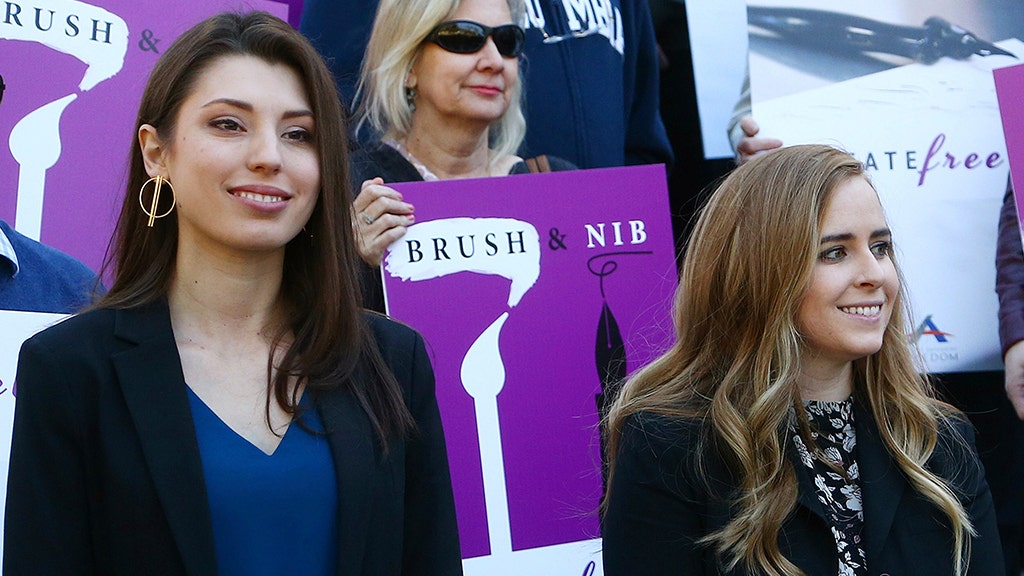 The owners of a wedding invitation design business said Wednesday they are ready to go to jail if the Supreme Court of Arizona ruled against them in a case to determine whether a city ordinance to protect LGBT couples from discrimination violates their freedom of expression and religious rights.

In a radio exclusive with the Todd Starnes Show, Brush & Nib's co-owners Joanna Duka and Breanna Koski and their lawyer Alliance Defending Freedom said Senior Counsel Jonathan Scruggs about the initial arguments for their lawsuit against Phoenix.

The case claims that Phoenix violates Duka and Koski's rights and their business under the Arizona Constitution and the Arizona Free Exercise of Religion Act by forcing them to create art they protest against and by stopping them from to discuss their artistic and religious beliefs with others.

The Supreme Court of Arizona decided to hear their case after losing twice earlier in the Maricopa County Superior Court and Court of Appeals. 19659003] "I think it's an opportunity we hope we won't have to face. We hope that the Arizona Supreme Court will confirm some rights for artists who will never violate our beliefs and conscience "Duka said to Starnes.

F Phoenix & # 39; s ban on discrimination was changed in 2013 to include the LGBT community.

The city of Phoenix offered the following statement on the matter:

"F Phoenix & # 39; s ban on discrimination is about equal access to goods and services. The scheme does not tell companies what to write, what to think or what to do Believe that the city's legal team made this point to the Supreme Court of Arizona. Four judges have already agreed that Phoenix companies should be open to everyone.

"These judgments protect everyone and confirm that everyone should be treated fairly and equally regardless of sexual orientation , race, gender, religion or disability. Phoenix will continue to observe these common values ​​of society, enabling the non-discrimination system to protect and respect the rights of all citizens. "