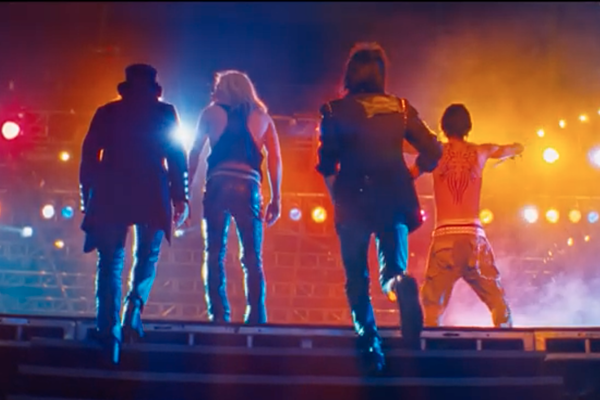 It's a good time for rock and roll biopics. Bohemian Rhapsody winning a Golden Globe award and receiving an Oscar nomination for Queen . Now, a Motley Crue movie The Dirt is coming to Netflix March 22. The full trailer was released earlier today (Feb. 1

9) and you can watch it for yourself in the player below Machine Gun Kelly as Crue drummer Tommy Lee . Nikki Sixx Nikki Sixx Nikki Sixx Back in September, frontman Vince Neil revealed that Motley Crue was returning to the studio to record four new songs perhaps also for the soundtrack of the movie. Hopefully the release of the film will have as an impact on the world as Bohemian Rhapsody did.