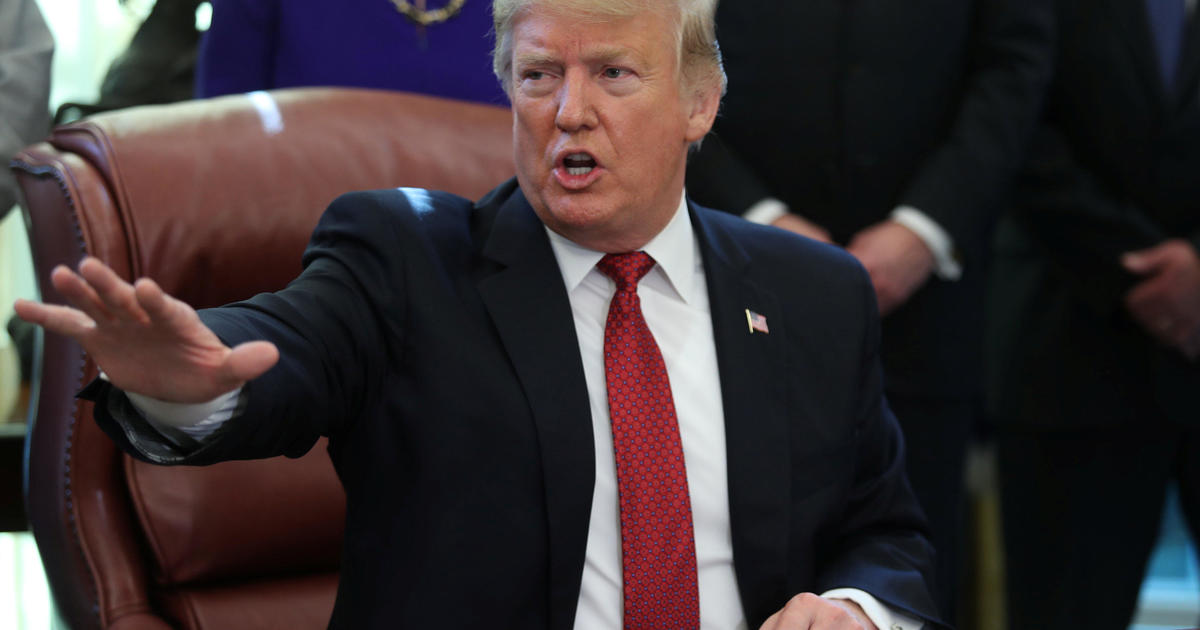 President Trump, meeting with American manufacturers to sign an executive order Thursday, did not answer directly when asked whether he has confidence in Director of National Intelligence Dan Coats and CIA Director Gina Haspel.

Mr. Trump bashed his intel leaders, although not by name, on Twitter Wednesday, saying his intelligence people should go back to school. That tweet came after Haspel and Coats directly contradicted him in their testimony on Capitol Hill on worldwide threats. Asked if he has confidence in Haspel and Coats on Thursday, the president responded, "I think time will prove me right, probably."

"I have great respect for a lot of people but I don't always agree with everybody , "the president said.

The president also told reporters during the meeting with the manufacturers that he has an agreement for the location of the next summit with North Korea, which the White House has said will be at the end of February.

The president's executive Order on manufacturing follows devastating news regarding Foxconn. Mr. Trump, who pledged to bring back manufacturing jobs and personally helped break ground on the planned $ 1

0 billion Foxconn plant in Wisconsin, has yet to weigh in on Foxconn's announcement this week that the campus will be research hub instead of a blue-collar manufacturing center

Foxconn, a major supplier of electronics for Apple, said it still plans to create 13,000 new jobs, but they will not be the manufacturing jobs the president has touted. Mr. Trump and Wisconsin Gov. Scott Walker promoted the facility as evidence that they were helping bring back manufacturing to middle America and the United States.

The executive order the president is signing direct the head of each department and agency to administer a new program for new federal awards to use iron, aluminum, steel, cement and other manufactured products from the U.S. as much as possible, according to the White House.

In his meeting with American manufacturers Thursday, the president claimed that China "has opened up because of us." He added the U.S. "Don't have a deal" with China if it's not up to farmers and manufacturers. Still, the president said he thinks there's a "good chance" in the US and China will make a deal.

"I think it has a very good chance of happening," the president said.