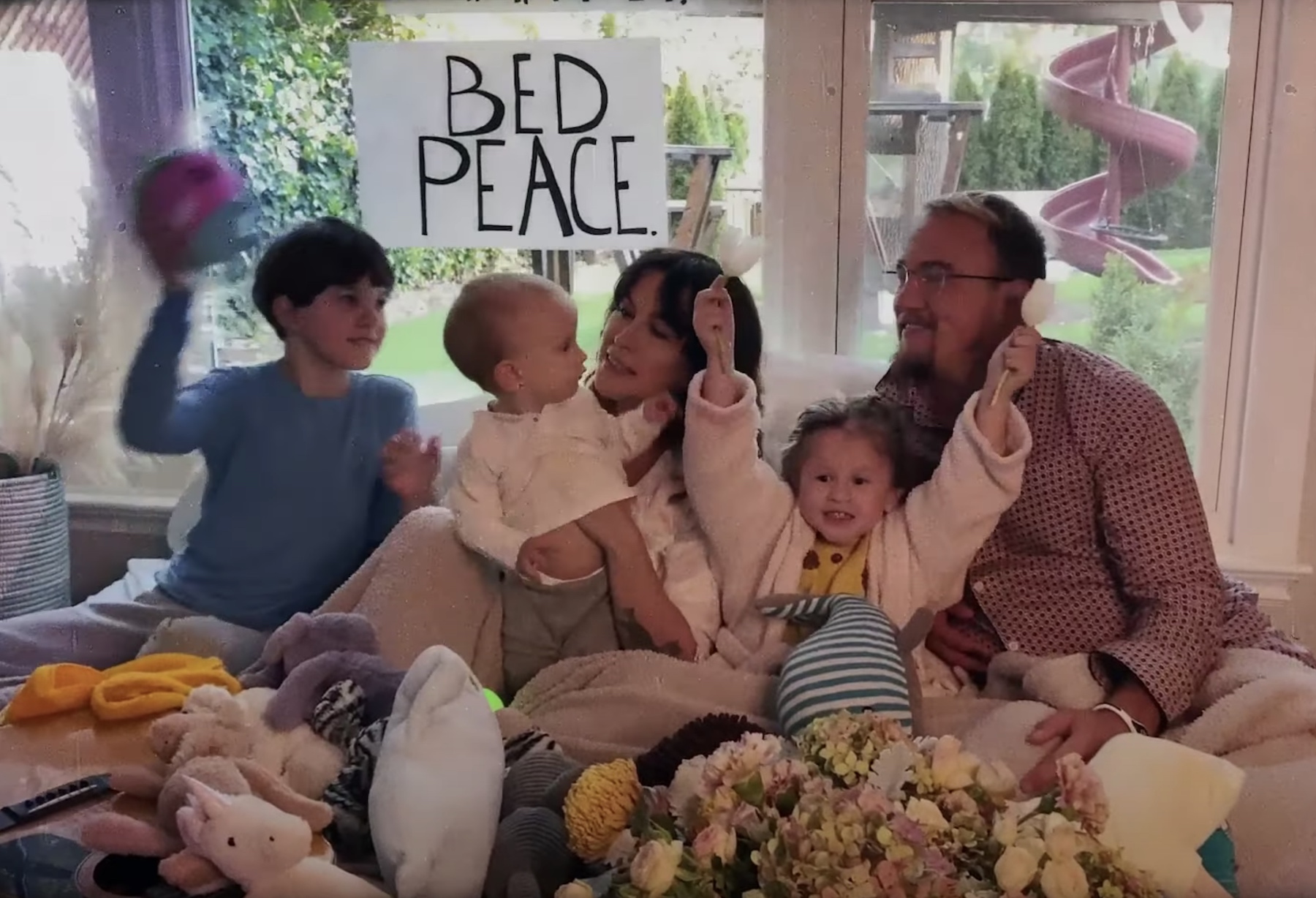 Alanis Morissette has dropped a cover of John Lennon and Yoko Ono’s 1971 classic “Happy Xmas (War Is Over)” along with an accompanying video.

In the Victor Indrizzo-directed video, Morissette and her family recreate their own bed in the mirror of Lennon and Ono’s with their own handwritten “Bed Peace” sign the ribbon behind them as they sing the faithful rendition. The visuals are mixed with clips of her bandmates and their families singing along with black-and-white snow-covered scenes of sleigh rides and children building a snowman.

“It is an honor to cover this heartwarming song. The lyrics feel more relevant than ever, and this year has been a year of great resilience and adaptation and feeling of all emotions, ”the singer said in a statement. “May this song serve as a big hug to you and your sweet families and friends. Everything is going to be okay in the end, and if it̵

The track follows the release of her ninth studio album, Such beautiful forks in the road, who arrived in July. On December 10, Morissette will appear under Tina Fey host One Night Only: The Best of Broadway especially on NBC. The event will benefit Broadway Cares / Equity Fights AIDS, a nonprofit that supports the Actors Fund. NBC will also make a donation to the organization.