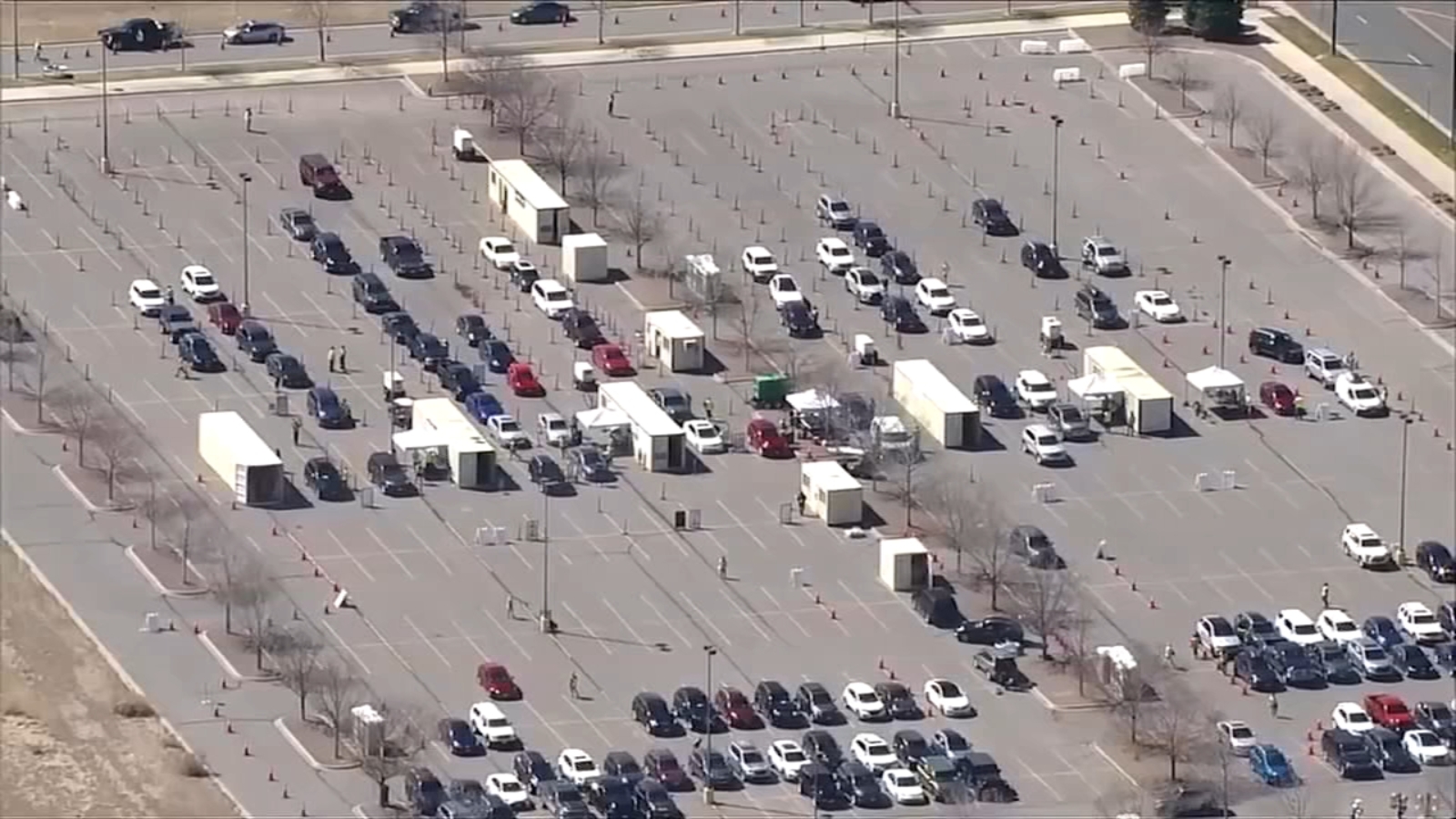 RALEIGH (WTVD) – The Johnson & Johnson mass vaccination clinic at Raleigh’s PNC Arena has been put on hold “out of abundance of caution” since Thursday after some people had a “negative reaction” to the vaccine.

Out of the 2,300 Johnson and Johnson vaccines administered Thursday at the site, Wake County officials said a total of 18 patients responded to the vaccine. Four were transported to local hospitals and fourteen others had minor reactions. The other four are being evaluated and are expected to be released.

All reactions occurred during the 15-minute observation period after receiving a COVID-19 vaccine.

The Johnson & Johnson vaccine is only one shot in contrast to the two-dose Moderna and Pfizer vaccines.

Wake County health officials said the reactions to the vaccinations are “consistent with known common side effects of receiving the vaccine.”

The most common side effects are soreness in the arm, fatigue, body aches and in some cases a low-grade fever.

“We know it can be alarming to hear about or see people who have reactions to vaccination – that’s why we closely monitor those we vaccinate in case of a reaction,” said Wake County Public Health Medical Director Kim McDonald. Right now, we are working with NCDHHS and CDC to further evaluate the situation to ensure that everyone is assured of the continued safety of our vaccine operations. “

A spokesman for the NCDHHS said in a statement: “We are working with the Wake County Public Health team to investigate reactions to the Johnson & Johnson COVID-19 vaccine at an event at PNC Arena today. Out of an abundance of caution Wake County The Health Department has paused the use of the Johnson & Johnson vaccine at this time, we have not reported any other increased response rates from any other provider, but will continue to investigate.We have notified Johnson & Johnson and are in contact with the federal government. “

UNC Health initially told ABC11 that it would continue to administer J&J vaccines, but later said it had stopped administering the vaccines until Thursday “out of an abundance of caution.”

“Over the past two days, UNC Health has administered more than 2,200 J&J doses to patients at our largest vaccine clinic, Chapel Hill’s Friday Center and our Hillsborough Hospital Clinic. We will work closely with our partners, including Wake County. “and the state of North Carolina, to share new information. Our patient’s safety and health are our top priority,” a spokesman said in a statement.

“Duke Health received the Janssen (J&J) vaccine from the same lot number identified in the Wake County vaccine clinic, but the shipment was sent directly to Duke through no intermediary. No patients at Duke have experienced serious incidents,” a Duke spokesman wrote. “Minor side effects from the vaccine have been in line with those reported by the manufacturer before approval and are within expected prices.”

Operations at a mass vaccination clinic in Denver closed Wednesday after 11 people who received vaccinations with the Johnson and Johnson dose also had ‘side effects’, reports ABC-affiliated KMGH.

The Colorado Department of Public Health and Environment initially said patients experienced symptoms such as nausea and dizziness. Nine of the patients were treated on the spot with juice and water.

But on Thursday, Colorado Gov. Jared Polis said there were “no problems” with the vaccines.

“Maybe they were dehydrated or afraid of needles,” Polis said at a news conference Thursday. Two people were taken to a hospital for observation.

Despite the hospital transport, the side effects that the 11 patients reported were “consistent with what can be expected” of the Johnson & Johnson vaccine, COVID-19 Incident Commander Scott Bookman told CNN in a statement.

“We know it can be alarming to hear about people being transported to the hospital, and we want to reassure Coloradoians that the CDC and public health are constantly monitoring all of the approved vaccines,” Bookman said. “Based on everything we know, it remains true that the best vaccine to get is the one you can get the fastest.”

“There is no greater priority than the safety and well-being of the people we serve, and we carefully review side effects reports from people who receive our medications and vaccines. Any report on people who receive our COVID-19 vaccine and our assessment of the report is shared with the US Food and Drug Administration and other relevant health authorities.This is part of the established process to inform the health authorities’ comprehensive monitoring programs that monitor the overall safety of drugs as well as the vaccines approved for use against it. We collect the necessary information, including from the local vaccination center, to assess these reports. “

“It is relatively common to experience side effects from any of the three vaccines available in the United States – about 10% to 15% of volunteers in vaccine trials developed” quite noticeable side effects, “said the former scientific advisor for Operation Warp Speed. Moncef Slaoui late last year.

Nausea, as experienced by the 11 patients in Colorado, can also cause headaches and swelling at the injection site, according to the U.S. Centers for Disease Control and Prevention.

Serious side effects, such as an allergic reaction, are far less common and occur about every other to five per. Million people, Baylor College of Medicine dean Dr. Peter Hotez CNN earlier this month.

Do you see news? Tell us about this.

CNN contributed to this report.