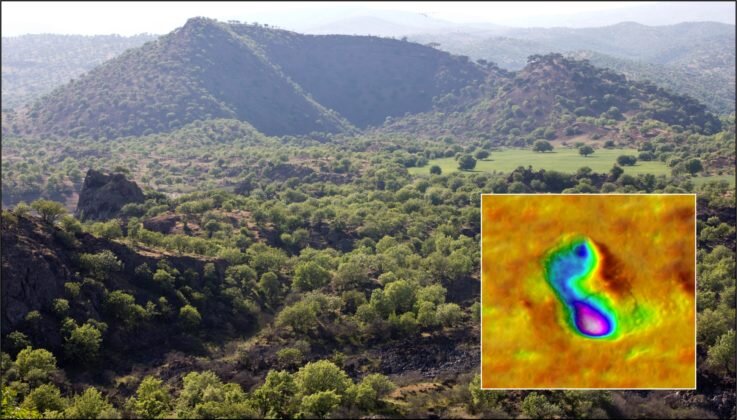 A volcanic eruption, considered to be eye-conscious by humans in prehistoric times, occurred 245,000 years later than originally anticipated, according to new research involving Curtin University researchers.

The research, published in Quaternary Science Reviews was intended to determine the age of prehistoric footprints found in the ash layer produced by the Çakallar volcano eruption, which occurred in the city of Kula in western Turkey thousands years ago.

Along with the footsteps, a stone painting was found close to the eruption side in Kula UNESCO Geopark in Manisa Province, Turkey. The painting, which illustrates the eruption of the volcano, highlights how people from thousands of years ago could illustrate natural phenomena in their own way.

Lead Australian author Dr. Martin Danišík, from John de Laeter Center based at Curtin University, said earlier studies that the footsteps belonged to Homo neanderthalensis from the Pleistocene age, but the new findings showed that they could be younger than previously thought.

960s, when construction workers who moved volcanic rocks away from one of the volcanoes in the area found them well preserved in fine-grained volcanic ash," said Danišík.

"Our team was able to determine the age of volcanic ash that retained the footsteps using two different techniques. A radiogenic helium dating method was used to measure the burst age of small zirconia crystals and cosmogenic nic-chlorine exposure data. The method was used to measure the time when volcanic rocks have lived near the surface of the earth.

The research also suggests that humans and their dog mates slowly approached the volcano and left distinctive footprints in wet ash carpet on the surface. Volcanic activity continued, causing the dark-colored volcanic stone to bury the ashes and therefore preserving the footprints.

Dr. Danišík explained that humans knew the final stages of the volcanic eruption from a safe distance, making it very likely that Homo sapiens was also responsible for the rock paintings found close to the site.

Citation :
Volcanic eruptions witnessed by prehistoric people (2019, May 30)
May 30, 2019
from https://phys.org/news/2019-05-volcanic-eruption-witnessed-prehistoric-humans.html