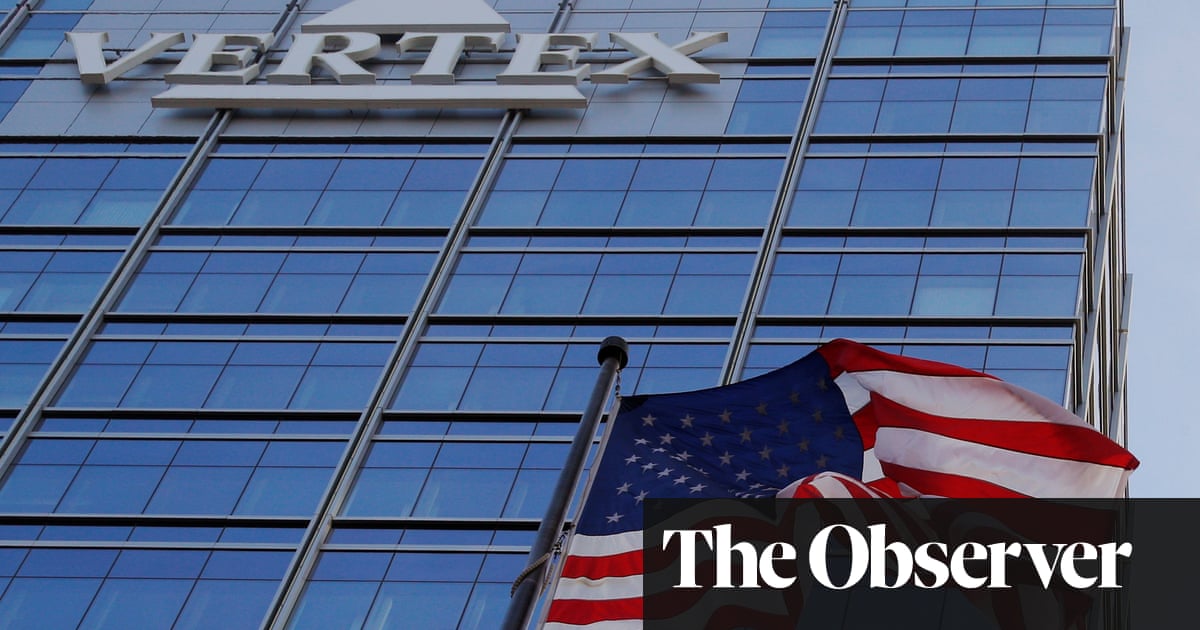 A pharmaceutical giant that charges NHS & # 39; an insurmountable price for a life-changing substance has further upset the campaigns after sending a huge increase in revenue.

Ministers are already under pressure to get over the price of Orkambi, a cystic fibrosis drug that could prolong thousands of children. Vertex, its manufacturer, has set a price of DKK 104,000 per. Patient per year for the drug. It has rejected NHS England's offer of DKK 500 million. £ over five years to use drugs.

In the financial results that will increase the range, the company has recorded a 40% increase in revenue in the last quarter of 201

8 with records suggesting it has around £ 2.3bn in the bank. The results come as the company prepares for a parliamentary inquiry into its claims. Conversations with the NHS have been stopped since last summer.

Vertex also reported that net profit in the last quarter more than doubled, from $ 158m (£ 122m) to $ 337m. It said this profit surplus was "largely driven by the strong growth in total revenue from CF [cystic fibrosis]".

The campaigns have urged the government to use an unclear law to allow the drug to be produced cheaper. According to the 1977 Patent Act, the state can effectively override a patent in national interest, but the provision has rarely been used.

Cystic fibrosis is a genetic disorder that primarily affects the lungs. While treatments have helped more children survive in adulthood, half will die before 32 years.

Jon Ashworth, the shadow secretary, said: "Those living with cystic fibrosis, currently denied this life-saving substance, will be overwhelmed by these surpluses. This big pharma company, refusing to play fair with the NHS, is alive Ransom The price they want for Orkambi is simply unfair.

"I meet Vertex executives Monday and will demand a fair deal. If they refuse to bid, ministers must step in and use what they need to ensure that an affordable version of Orkambi is available to those who need it. "

There are more than 10,000 people with cystic fibrosis in the UK and it is believed at least half could benefit from being prescribed Orkambi. An agreement for use in Scotland is expected soon.

Rebecca Hunt, a Vice-President of the Company , said: "Vertex confirms that we will participate in the forthcoming public hearing in the National Board of Health and Social Affairs on 7 March. Without respect for the parliamentary process, we will not provide further updates at this time. "