Video: Voter shuts down Trump when he talks about her at City Hall 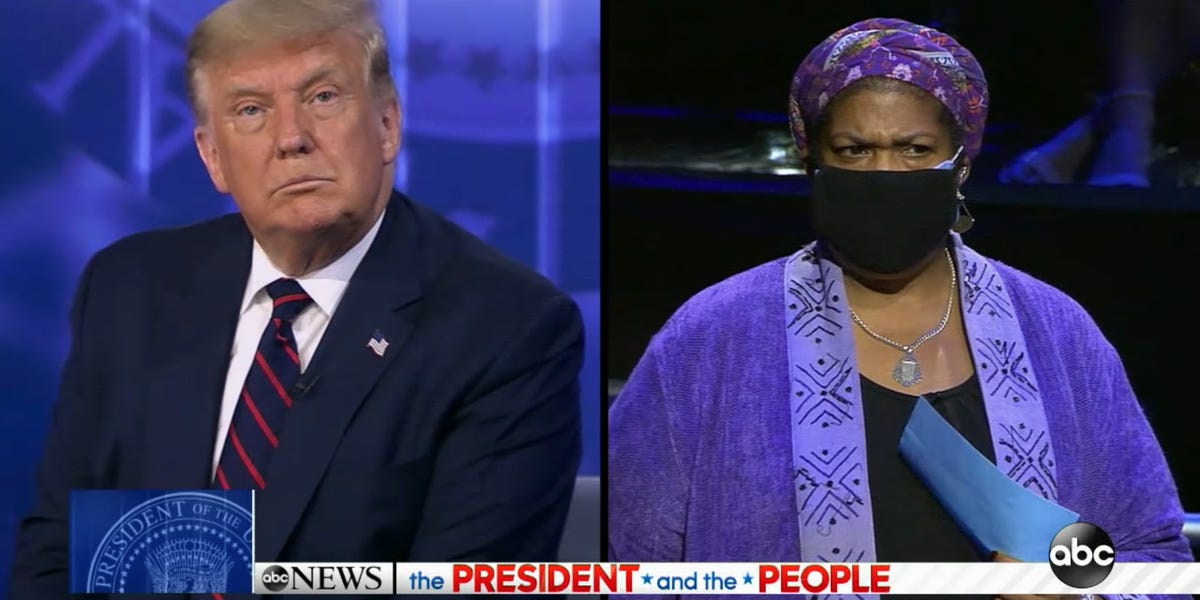 A voter shut down President Donald Trump as he began interrupting her during an ABC News town hall Tuesday night.

ABC News identified the voter as Ellesia Blaque, an assistant professor from Philadelphia who voted for Hillary Clinton in the 201

At City Hall, Blaque said she was born with a disease called sarcoidosis and began asking if Trump would make sure she would continue to be covered by health insurance, as she has been under affordable care law, also known as Obamacare. .

She said: “Should pre-existing conditions that Obamacare brought to an end be removed without -“

Blaque continued: “Should it be removed within a period of 36 to 72 hours without my medication, I would be dead. And I want to know what it is you want to do to ensure that people like me who work hard, we do everything we should do can remain insured.

Trump went on to say that he was working to replace Obamacare with his own unspecified health plan and that people with pre-existing conditions would be covered.

ABC News host George Stephanopoulos, who moderates City Hall, called the president out and said his administration had tried to phase out Obamacare but still had not come up with a viable alternative that would protect people with pre-existing conditions under the law.

Obamacare was the first U.S. government program to ensure that people with pre-existing medical conditions could receive health insurance and pay the same standard premiums as healthy people.

The Trump administration has challenged Obamacare in court. In June, it asked the Supreme Court to cancel the plan.

The Republican Party has tried to pass its own health insurance program through Congress, but has not been successful.

The Trump administration has also offered alternative plans to Obamacare, but one of these major alternatives does not cover pre-existing conditions.

Last month, Trump said he could invoke an executive action to ensure health insurance companies cover pre-existing conditions and erroneously claim it “has never been done before.”

At City Hall Tuesday night, Trump was also confronted with his response to the coronavirus pandemic, protests against racial justice, immigration and more.

Fox News host Laura Ingraham, a strong supporter of the president, later tweeted that the forum and questions were a “total setup.”