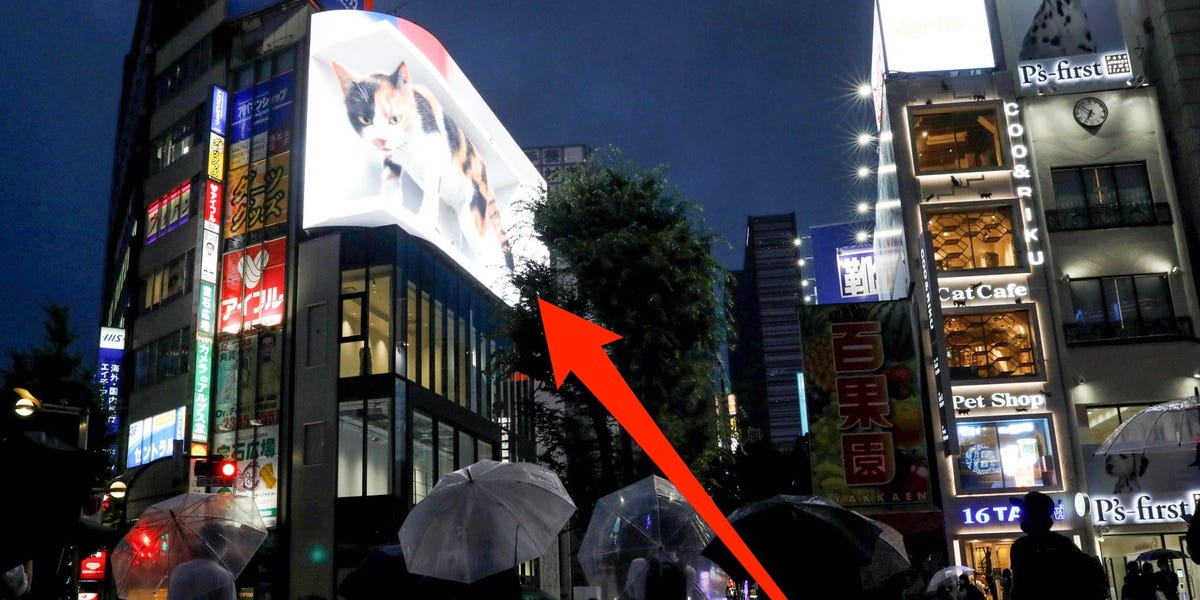 A giant 3D cat is currently appearing on a billboard in Tokyo that juts out over a busy part of the city.

The giant calico, which is seen moving in life-like movements, appears to be lying on a bookshelf.

“With the pandemic, we have no way to relax,” a hotel employee who saw the cat told CBS News. “We are dog people, but the cat is so cute, it is soothing.”