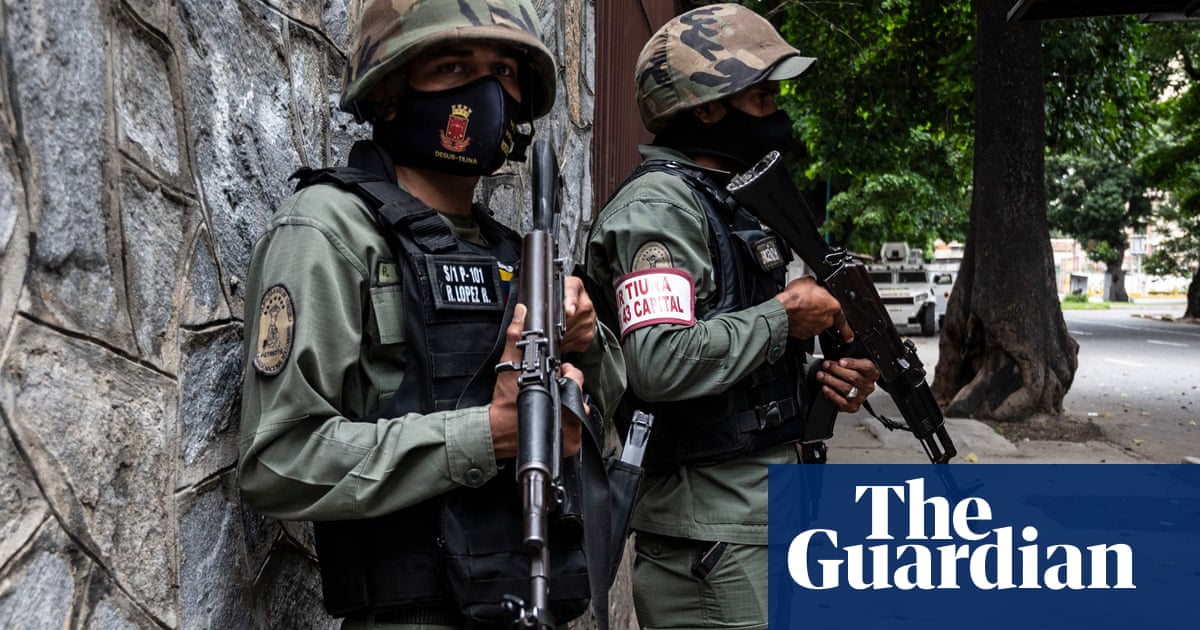 Venezuelan authorities have closed roads in Caracas amid intense, violent gun battles between security forces and organized crime gangs, which analysts say are trying to expand the area under their control in the capital.

Heavily armed criminal groups have moved in the past month to residential and commercial areas from slums in the city’s hills, and violence has exploded over the past 24 hours with firefighting in at least five populous neighborhoods.

“State security agencies are still deployed in the areas affected by these criminals,”

She said some highways in the areas were closed as part of the operation and urged the public to stay home.

President Nicolás Maduro has not mentioned any losses as a result of the clashes. Human rights activists in the area have said at least four civilians were killed on Wednesday and half a dozen are injured.

The Ministry of Information did not immediately respond to a request for comment.

Since January, gangs from the Cota 905 barrio have been trying to expand their territory to nearby areas, including La Vega.

“We have not run the kitchens at full capacity since January due to the shooting almost every day,” said Amelia Flores, 58, who runs two soup kitchens, primarily for children, in the area. “I do not know what happened, but in the last 24 hours the situation has exploded and the children have been traumatized.”

The gang wants to control one of the main corridors connecting the capital with the west of the country, said a human rights activist based in one of the affected neighborhoods.

“It has been the same conflict for several months,” said the activist, who asked not to be identified for fear of retaliation.

Analysts say gangs in the Cota 905 have been able to operate easily as it has been a no-go zone for security forces due to a pact with the government to reduce violence. Experts say gangs took the opportunity to acquire military-grade firepower such as grenade launchers, assault weapons and drones.

“They used the space that the government gave them in Cota to rebuild, strengthen and plan an attack,” said Alexander Campos, a researcher at the Central University of Venezuela who studies violence and politics in society.

“They are expanding from controlling barrios in the hills to the lower parts of the city,” he said. “It’s hard for them, but they win.”

Inés Candida, 56, lives in the middle-class neighborhood of El Paraíso just across a highway from the Cota 905 barrio. She said gangs had been in the shooting with police every day for the past month, but she had not seen or heard anything like the last 24 hours.

“We are prisoners in our own home,” she said by telephone as relentless shots fired into the background.

Reached by telephone at a church in the nearby El Cementerio neighborhood, where he and others sought refuge, Catholic priest Wilfredo Corniel, 45, said over more shots: “It feels like we are in a war zone.”