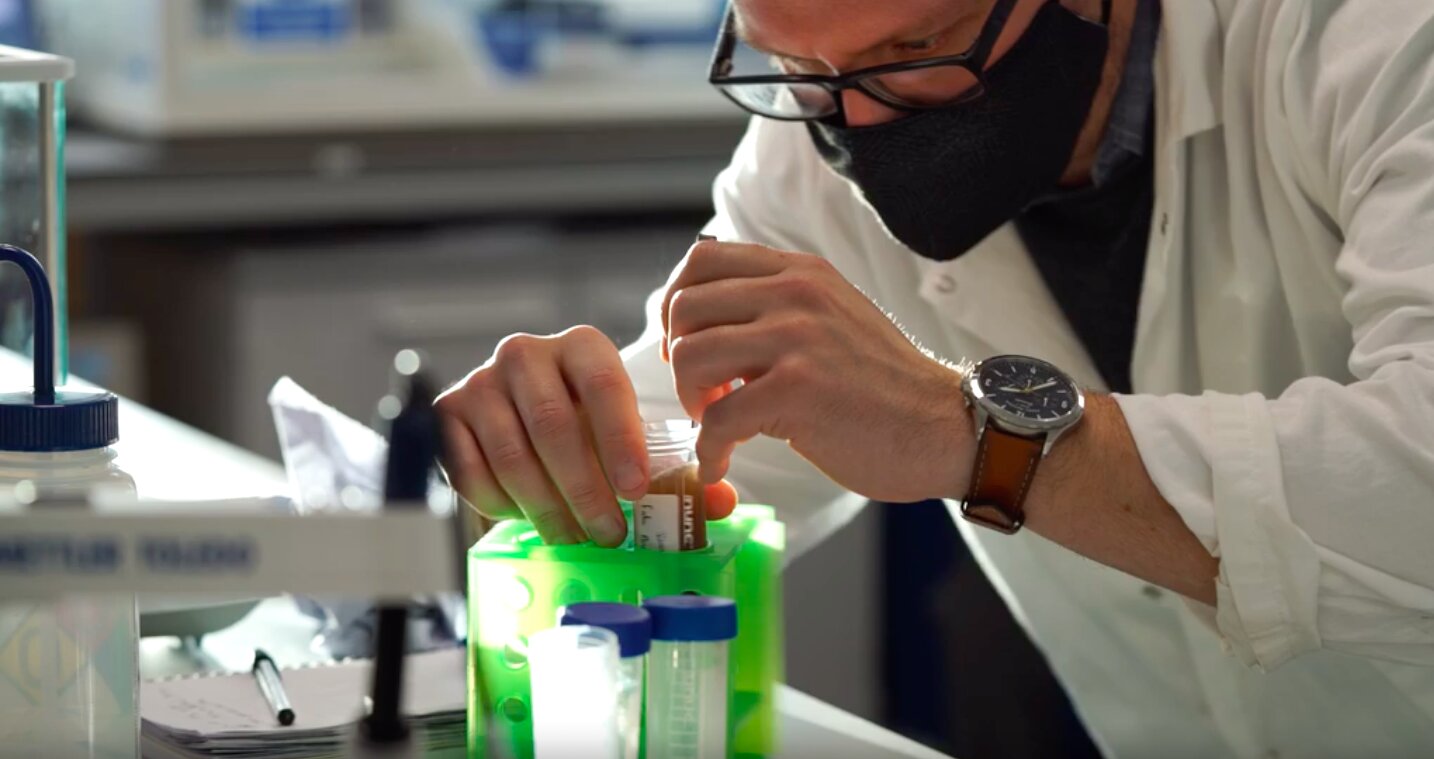 Researchers have created a plant-based, sustainable, scalable material that can replace disposable plastic in many consumer products.

Researchers at the University of Cambridge created a polymer film by mimicking the properties of spider silk, one of the strongest materials in nature. The new material is as strong as many ordinary plastics in use today and can replace plastic in many ordinary household products.

The material was created using a new approach to assembling plant proteins in materials that mimic silk at the molecular level. The energy-efficient method that uses sustainable ingredients results in a plastic-like free-standing film that can be manufactured on an industrial scale. Non-fading ̵

6;structural’ color can be added to the polymer and it can also be used to make water resistant coatings.

The material can be composted at home, while other types of bioplastics require industrial composting plants to decompose. In addition, the Cambridge-developed material requires no chemical modifications to its natural building blocks, so it can be safely degraded in most natural environments.

The new product will be commercialized by Xampla, a spin-out company from the University of Cambridge that develops replacements for disposable plastic and microplastic. The company will introduce a range of disposable bags and capsules later in the year, which can replace the plastic used in everyday products such as dishwasher tablets and detergent capsules. The results are reported in the journal Nature communication.

For many years, Professor Tuomas Knowles of Cambridge’s Yusuf Hamied Department of Chemistry has been researching the behavior of proteins. Much of his research has focused on what happens when proteins misfold or ‘behave incorrectly’, and how this relates to health and human disease, primarily Alzheimer’s disease.

“We usually examine how functional protein interactions allow us to stay healthy and how irregular interactions are implicated in Alzheimer’s disease,” said Knowles, who led the current research. “It was a surprise to find out that our research could also solve a major problem in sustainability: plastic pollution.”

As part of their protein research, Knowles and his group became interested in why materials like spider silk are so strong when they have such weak molecular bonds. “We found that one of the key functions that gives spider silk its strength is that the hydrogen bonds are arranged regularly in the room and with a very high density,” Knowles said.

Co-author Dr. Marc Rodriguez Garcia, a postdoctoral researcher in Knowles’ group who is now head of R&D at Xampla, began looking at how to replicate this regular self-assembly in other proteins. Proteins have a tendency to molecular self-organization and self-assembly, and especially plant proteins are abundant and can be sourced sustainably as by-products from the food industry.

“Very little is known about self-assembly of plant proteins, and it is exciting to know that by filling this knowledge gap, we can find alternatives to disposable plastic,” said Ph.D. candidate Ayaka Kamada, the paper’s first author.

The researchers successfully replicated the structures found on spider silk using soy protein isolate, a protein with a completely different composition. “Because all proteins are made of polypeptide chains, we can, under the right conditions, cause plant proteins to assemble themselves like spider silk,” Knowles said. “In a spider, the silk protein dissolves in an aqueous solution, which is then collected in an extremely strong fiber through a spinning process that requires very little energy.”

“Other researchers have worked directly with silk materials as a substitute for plastic, but they are still an animal product,” said Rodriguez Garcia. “In a way, we’ve come up with ‘vegan spider silk’ – we’ve created the same material without the spider.”

Any substitute for plastic requires a different polymer – the two in nature found in abundance are polysaccharides and polypeptides. Cellulose and nanocellulose are polysaccharides and have been used for a variety of applications, but often require some form of crosslinking to form strong materials. Proteins assemble themselves and can form strong materials such as silk without chemical changes, but they are much harder to work with.

The researchers used soy protein isolate (SPI) as their test plant protein as it is readily available as a by-product of soybean oil production. Plant proteins such as SPI are poorly soluble in water, making it difficult to control their self-assembly in orderly structures.

The new technology uses an environmentally friendly mixture of acetic acid and water combined with ultrasonic treatment and high temperatures to improve the solubility of SPI. This method produces protein structures with enhanced intermolecular interactions controlled by the formation of hydrogen bonding. In a second step, the solvent is removed, resulting in a water-insoluble film.

The material has a performance similar to high-performance engineering plastics, such as low-density polyethylene. Its strength lies in the regular arrangement of the polypeptide chains, which means that there is no need for chemical crosslinking, which is often used to improve the performance and resistance of biopolymer films. The most commonly used crosslinking agents are unsustainable and can even be toxic, while no toxic elements are required for the Cambridge-developed technique.

“This is the culmination of something we’ve been working on for over ten years, which is understanding how nature generates materials from proteins,” Knowles said. “We did not set out to solve a sustainability challenge – we were motivated by curiosity about how we could create strong materials from weak interactions.”

“The most important breakthrough here is to be able to control self-assembly so that we can now create high-performance materials,” said Rodriguez Garcia. “It’s exciting to be a part of this journey. There’s a big, big problem with plastic pollution in the world, and we’m in the fortunate position of being able to do something about it.”

How does the spider rotate its self-assembled silk?