Vaccine passport for pubs back on the table in the UK: Report 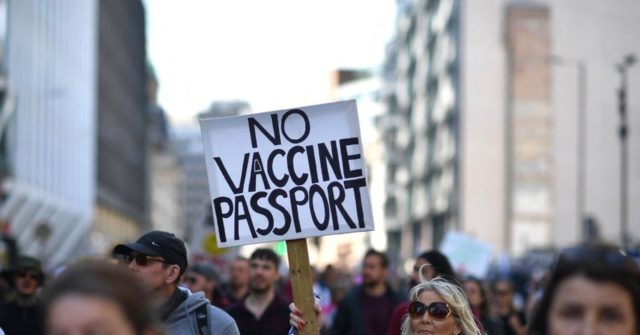 Boris Johnson’s government has reportedly put the idea of ​​using coronavirus passports in pubs back on the table, whose case of virus spike later in the year.

While the government has apparently backed off from the idea of ​​using vaccine passports for restaurants, pubs and other indoor public meeting rooms, it is said that the plan has gained steam as an alternative to closing businesses again during the winter months.

“The reason we are trying Covid certification this summer is partly to open mass events more safely with larger crowds, but also partly to get people used to the idea,”

“We hope that with high vaccination rates we will be in a completely different position this winter. But if we are in a serious situation, certification can be a tool in our armor to keep things open, which might otherwise have to close, ”the source added.

An update to the government’s NHS app has included a feature that allows people in the UK to show their vaccination status for international travel. However, the app is also set to be tested as a domestic health pass for major events such as the upcoming Wimbledon tennis tournament.

The review of ‘Covid certification’, carried out by Cabinet Minister Michael Gove, is also reportedly examining the prospect of extending the use of vaccine passports to shops such as pubs, theaters and restaurants whose cases of viruses increase when the weather gets colder. This is despite the fact that Gove previously directly denied that the government would push such a system into the domestic market.

The Big Brother Watch Civil Liberties Group said: “Covid Passes are unnecessary, discriminatory [and] will create a two-tier society. They have no scientific basis and the government’s decision to start them without telling MPs show a real contempt for democracy. ”

We have not gotten out of this lock yet and they are already talking the next https://t.co/y8wGbY0Bf5

On Monday, Prime Minister Boris Johnson hinted that shutdowns might return in the winter months if the virus puts heavy strain on the nation’s socialized health system.

“You can never rule out that there will be a new disease, some new horror that we have simply not budgeted for or accounted for,” he said, adding that he expects there to be a “hard winter of all possible causes. ” .

As of late, Mr Johnson has downplayed the idea of ​​a domestic vaccine passport, yet he has left the door open for such a plan, saying in April that they are likely to become a “feature of our lives”.

There has been widespread opposition to the use of vaccine passports in the domestic market with business leaders, church leaders and politicians from the Conservative and Labor parties opposing the scheme.

Government ministers are said to believe that any opposition to the movement in parliament will be able to be lifted with a threat to reintroduce lockdown restrictions as the only alternative.

Meanwhile, the government is also expected to introduce a trial run of a vaccine passport system that sees travelers who have had two doses of a coronavirus jab to be able to avoid quarantine restrictions when they return to the UK.

In an interview in March with Breitbart London, the CEO of the American privacy company DeleteMe, Rob Shavel, warned that the introduction of vaccine passports could lead to “algorithmic discrimination” of people who have not taken jab.

“Decisions are made without our knowledge, just because it was easy to sort and categorize us so late for the vaccine, early for the vaccine, non-vaccinated … all this information becomes easy to compare and sort against,” Shavel said.

The privacy expert warned that wax passport information would be drawn into a “centralized profile about you that is literally available to anyone who wants to spend five or ten dollars to download it”.