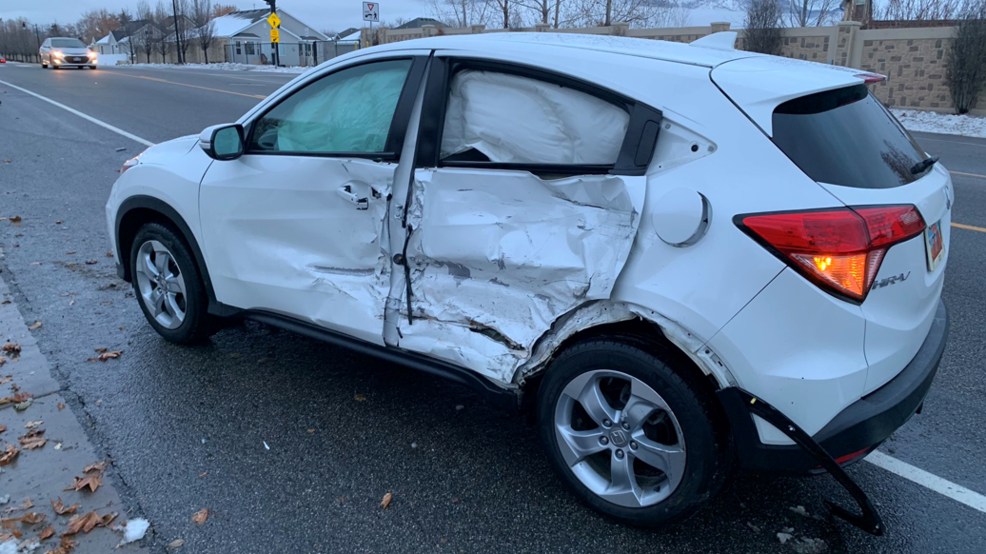 A Utah teenager may face a ruthless driving fee after attempting to complete the "Bird Box" Challenge. (Photo courtesy of Layton PD)

A Utah teenager can face a ruthless driveway after trying to complete the "Bird Box" challenge on the highway.

Monday at. Ca. 16:50, a 17-year-old girl ran on Layton Parkway near Interstate 15, according to Lt. Travis Lyman with the Layton Police Department.

The teenager and a 16-year-old passenger decided to try the "Bird Box" Challenge when participants blindfolded themselves and see if they can do everyday tasks.

The driver pulled a dress over his eyes and kept driving, Lyman said.

Shortly afterwards, the teenager rained and disappointed in the eastbound lanes.

She hit another car, a light pole and a sound wall, Lyman said.

No one was injured in the collapse.