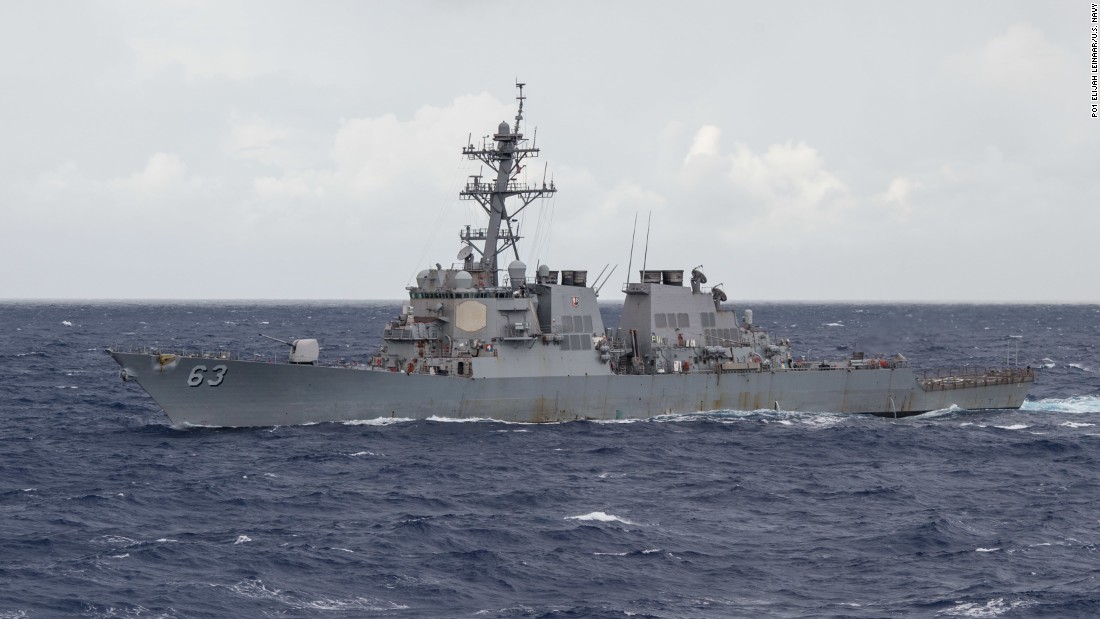 "The ships' transit through the Taiwan Strait demonstrates the US commitment to a free and open Indo-Pacific," Cdr. Clay Doss, a spokesman for the Navy's Seventh Fleet told CNN in a statement.

"The US Navy will continue to fly, sail and operate anywhere international law," he added.

The Trump administration has sought to make the Taiwan Strait transit more routine, with the operations now taking place on a monthly basis. Prior to July, the transits have only occurred about once a year.

The US also sailed two ships through the line in March, February and January.

The approximately 110-mile-wide line, which separates the People's Republic of China and Taiwan is seen as a potential geopolitical flashpoint should Beijing ever seek to take the island of Taiwan by force.

The island's military scrambled fighter planes after it said two Chinese J-11 fighter jets crossed the border within the waters of the Taiwan Strait, known as the median line. The incident triggered a 10-minute standoff between jets from the two sides.

If confirmed as intentional, the Chinese incursion would be the first of its kind in years, said Bonnie Glaser, director of the China Power Project at the Center for Strategic and International Studies.