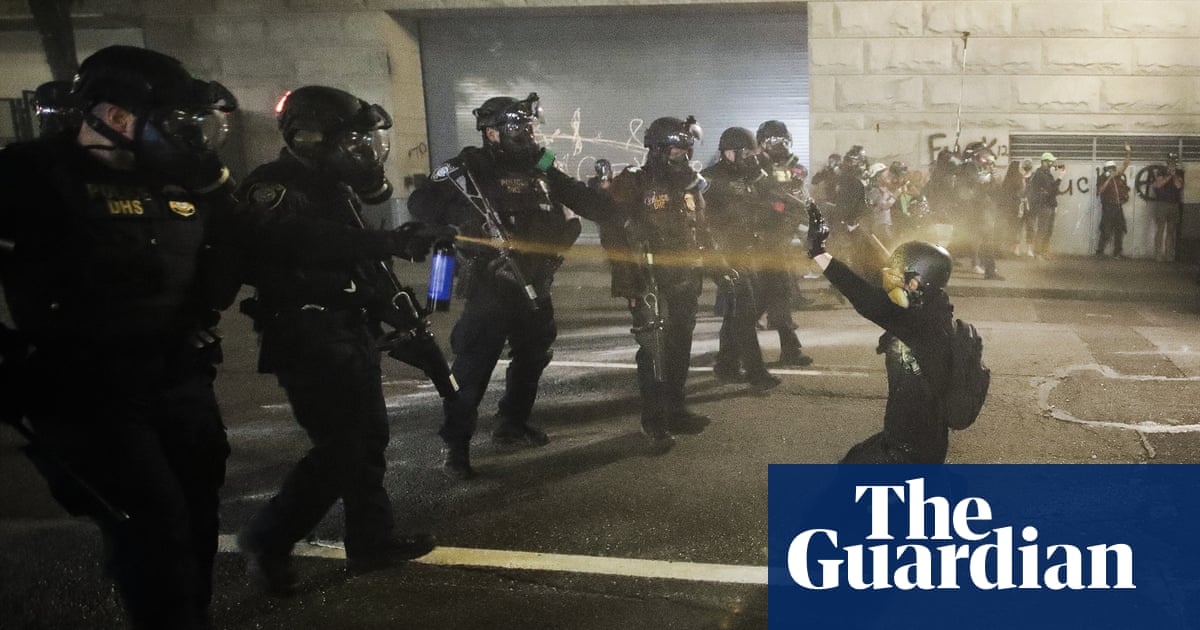 Police in the United States are three times more likely to use force against left-wing protesters than right-wing protesters, according to new data from a nonprofit monitoring political violence around the world.

For the past ten months, U.S. law enforcement has used tear gas, pepper spray, rubber bullets and punches far more at Black Lives Matter demonstrations than at pro-Trump or other right-wing protests.

Law enforcement agencies were also more likely to use force against left-wing protesters, whether the protests remained peaceful or not.

The statistics, based on police responses to more than 1

3,000 protests across the United States since April 2020, show a clear difference in how agencies have responded to the historic wave of Black Lives Matter protests against police violence compared to demonstrations organized by Trump supporters. .

Barack Obama highlighted an earlier version of these statistics on January 8, arguing that they provided a “useful frame of reference” for understanding the Americans’ rebellion over the inability of the Capitol police to stop a crowd of thousands of white Trump supporters from invade and plunder the Capitol on January 6, a response that led to renewed control of the level of violence and aggression that U.S. police forces use against blacks versus white Americans.

The new statistics come from the US Crisis Monitor, a database set up in the spring by researchers at the Princeton and Armed Conflict Location and Event Data project (ACLED), a nonprofit that has previously monitored civil unrest in the Middle East, Europe and Latin America.

The researchers found that the vast majority of the thousands of protests across the United States in the past year have been peaceful, and that most protests from both the left and the right were not met with any violent reaction from law enforcement.

Police used tear gas, rubber bullets, blows with batoner and second force against demonstrators by 511 leftist protesters and 33 right-wing protests since April, according to updated data published this week.

“The police are not just engaging anymore because [leftwing protesters] are more violent. They work more smoothly with peaceful protesters, “said Dr. Roudabeh Kishi, ACLED’s Director of Research and Innovation, to the Guardian. “That’s the clear trend.”

Half the time, the police did any interference in a left-wing protest, the involving use of force, ACLED found, compared to only about a third of the time for right-wing protests.

Overall, 94% of left-wing demonstrations in the last ten months were peaceful compared to 96% of right-wing demonstrations, according to the latest updated data from ACLED. Kishi warned that the process of categorizing demonstrations as peaceful did not take into account whether protesters involved in violence or property damage responded to aggressive or violent behavior on the part of the police.

The US Crisis Monitor previously found that despite Trump’s rhetoric and intense media coverage of property damage or violence during protests this summer against police violence, more than 93% of Black Lives Matter protests since April had not involved any human or property damage.

The majority of the protests that ACLED categorized as left-wing were Black Lives Matter demonstrations, but also included pro-Biden demonstrations; protests from left-wing groups such as the Abolition of the ICE, the NAACP or the Democratic Socialists of America; and protests associated with anti-fascists or left-wing militia groups and street movements.

The right-wing protests included demonstrations for Trump and pro-police, including “Blue Lives Matter” meetings; right-wing protests against coronavirus public health restrictions protests involving QAnon conspiracy theorists and others associated with the “Save Our Children” movement; and the “Stop the Steal” meetings that promote Trump’s false claims about his 2020 election loss.

Coronavirus is found in ice

Argentina is a test site for Moscow’s global vaccine drive