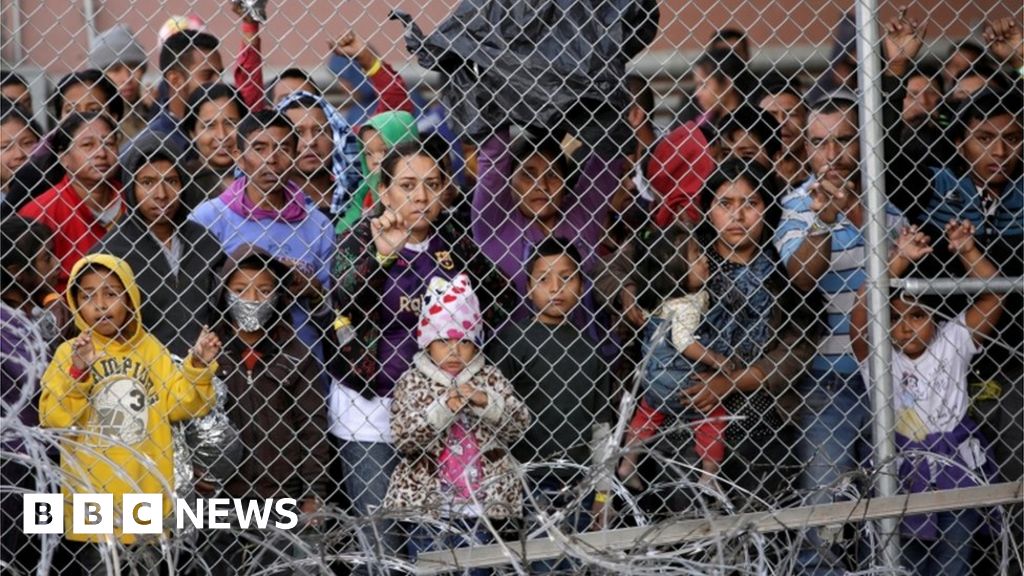 The border between the United States and Mexico has reached a "breakpoint", say US officials in the midst of an "unprecedented" rise in immigrant numbers.

Customs and Border Protection (CBP) Commissioner Kevin McAleenan said it is "a matter of time" before the tragedy hits one of their facilities.

In El Paso, Texas, officials have over 1

3,000 immigrants in custody this week, he said.

Most immigrants entering the United States are families or unaccompanied children.

"On Monday and Tuesday, CBP started the day with more than 12,000 immigrants in custody," McAleenan said at a press conference on Wednesday.

Kevin McAleenan speaks in El Paso, just down the road from a provisional detention center

During previous immigration shocks, many of those who sought entry were single adults, the commissioner said.

But because these are family units and children, they cannot be easily repatriated and instead "almost guaranteed to be released to remain in the United States indefinitely."

McAleenan said his agency expects 40,000 children to enter the CBP custody in March after leaving the United States without escort "in the hands of violent and eerie smugglers".

"We do everything we can to simply avoid a tragedy in a CBP facility," he added. "But with these numbers with the types of diseases we see … I'm afraid it's just a matter of time."

CBP officials are heading to control over 100,000 immigrants this month – the highest in a month since 2008.

The agency has now redirected 750 agents from their roles in entry ports to instead support the "humanitarian mission".

"In some sectors, we have on average 40% of our border patrol groups fully engaged in the care, transportation and treatment of immigrants."

CBP asks for help from other federal agencies, including the National Guard and the Ministry of Defense to increase the capacity to treat migrants.

McAleenan has also requested immediate legislative action from the Congress so that the Agency can detain families together. as well as for the government to solve problems in the trial of asylum seekers.

He noted that asylum seekers often take two to five years to see a judge, and only about 10-15% of immigrants actually have a legitimate claim.

More about the American migrant crisis