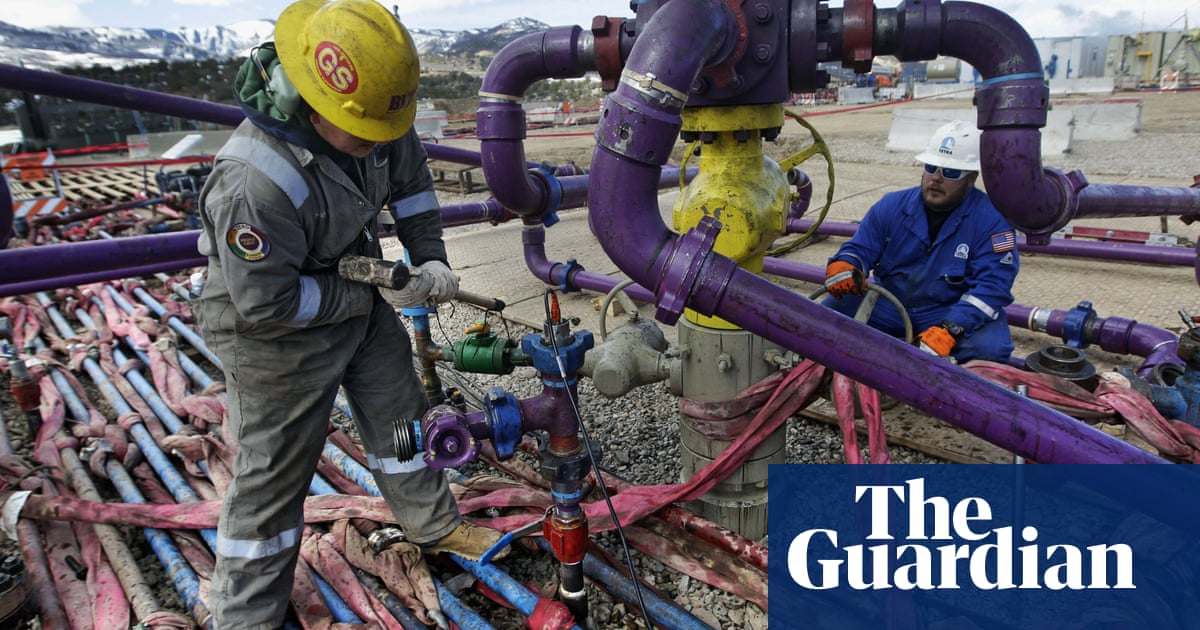 In the first important control of the Trump administration's "energy-first" agenda, a US judge has temporarily halted hundreds of drilling projects to ignore climate change.

The well was stopped on more than 300,000 acres of public land in Wyoming after it was decided that the Trump administration violated environmental law by not considering greenhouse gas emissions. The federal judge has ordered the Bureau of Land Management (BLM), which manages US public areas and issues leases to the energy industry to restore its analysis.

6 not to calculate and limit the amount of greenhouse gas emissions from future oil and gas projects.

The agency "does not sufficiently quantify the climate change the consequences of oil and gas leasing," said Rudolph Contreras, a US district judge in Washington DC, in a decision late Tuesday. He added that the Agency "should consider the cumulative effect of greenhouse gas emissions [greenhouse gas]" generated by past, current and future BLM leases across the country.

The decision is the first essential control of the Trump administration's climatic influence "energy-first" agenda that has opened wide fluctuations of public land for mining and drilling. Environmentalists praise the movement, with Jeremy Nichols, WildEarth Guardian's climate and energy program director, calling it a "triumph for our climate".

"This decision says the whole oil and gas drilling program is off the rails and moving forward illegally," Nichols said.

Under Trump, the pace of leasing public land for oil and gas development has risen. A recent study found that the administration has made more than 13m of onshore acres available for leasing, much more than any similar period under Obama. The vast majority are located in the western states of Colorado, Montana, New Mexico, Nevada, Utah and Wyoming. The administration also plans to make large parts of the Atlantic available for oil and gas development, and the interior division has been criticized for favoring the energy industry.

BLM did not respond to a request for comment. The Western Energy Alliance, one of the defendants in the case, also failed to respond to a request. Kathleen Sgamma, its president, told the Washington Post: "This judge has ignored decades of legal precedent in this judgment. The judge basically asks the BLM to take a wild guess as to how many wells will be developed on lease prematurely."

Nichols predicts that there will be implications for public countries across the west. His group is now ready to bring lawsuits to block the drilling of hundreds of thousands of acres in other states.

"With the scientific assembly that we must aggressively doubt in greenhouse gases, this judgment is monumental," said lawyer Kyle Tisdel and energy and community program director of the Western Environmental Law Center. "Every acre of our public space sold to the oil and gas industry is another blow to the climate, making this decision a powerful reality check of the Trump administration and a powerful tool for climate pollution purification."