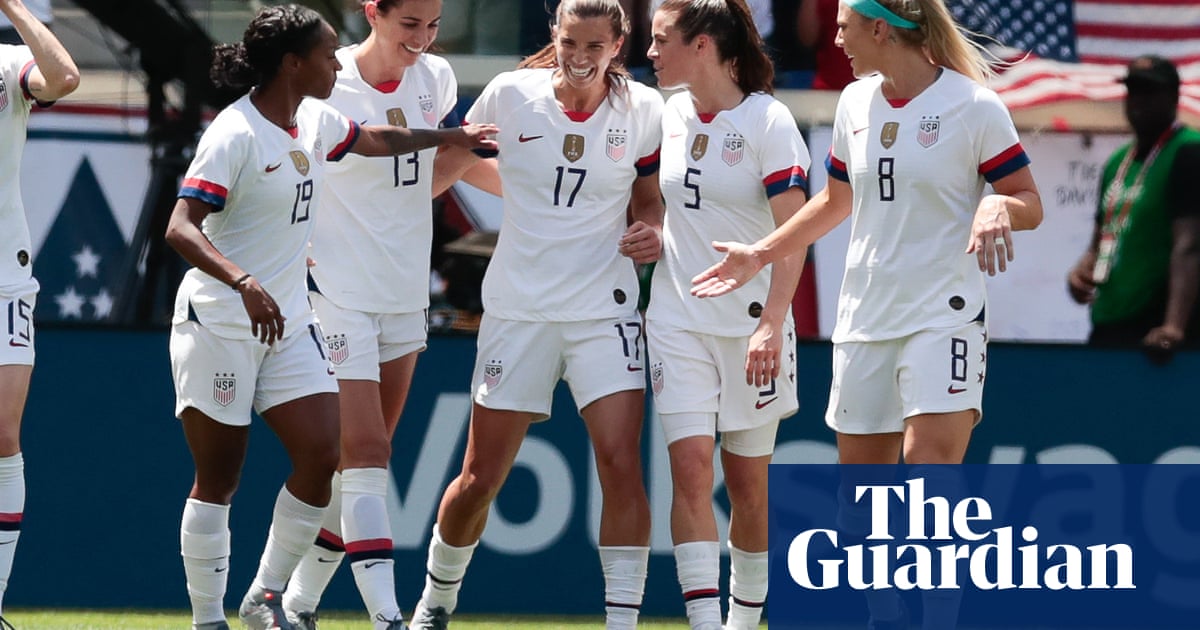 Tobin Heath was endowed with a goalie error early in the first half, Mallory Pugh and Christen Press scored late in the second, and the US beat Mexico 3-0 on Sunday in a World Cup send-off match as for much of the afternoon showed more negatives than positive for Americans.

Searching for their second straight world championship and fourth overall, the best-ranked American has seven wins and two draws since a January defeat to France, ending a 28-match unbeaten streak. The Americans leave Monday to London, where they will be based on Tottenham's training ground before going to France. They open to Thailand on June 1

1, and then play Chile and Sweden.

Mexico, who could not qualify for this year's World Cup, is ranked number 26 in the world and marked a relatively inexperienced team mixed with a few veterans. Goalie Cecilia Santiago blamed the first goal when she shot a careless pass to defender Rebeca Bernal, who did not lead the ball. Heath got possession, took three hands to make room from Santiago and put the United States in the 11th minute with her 30th international goal, her 11th in her last 15 exhibitions.

Carli Lloyd, the star of the 2015 tournament, who is now a role player at age 36, entered the beginning of the second half and triggered the second goal. She burst the field and her passport was deflected by Pugh. Press scored the goal of the goal, controlled a cross in the penalty kick and spread and scored his 48th international goal in the 88th minute.

American coach Jill Ellis made a change from the starting line she used in previous shows to South Africa and New Zealand, starting Samantha Mewis in the midfield instead of Lindsey Horan. Mewis scored four goals in his previous three games. The rest of the setup appears to be set. Alyssa Naeher was in goal, with Kelley O & # 39; right back, Becky Sauerbrunn and Abby Dahlkemper in the central defense and Crystal Dunn left back, where she moved a year ago from wide midfield. Julie Ertz was the defensive midfielder in the 4-3-3 formation, with Mewis and Rose Lavelle in the middle of the midfield. Alex Morgan led the attack, flanked by Megan Rapinoe on the left and Heath on the right.