UN warns of famine in Yemen; no help from saudis, uae, kuwait | News 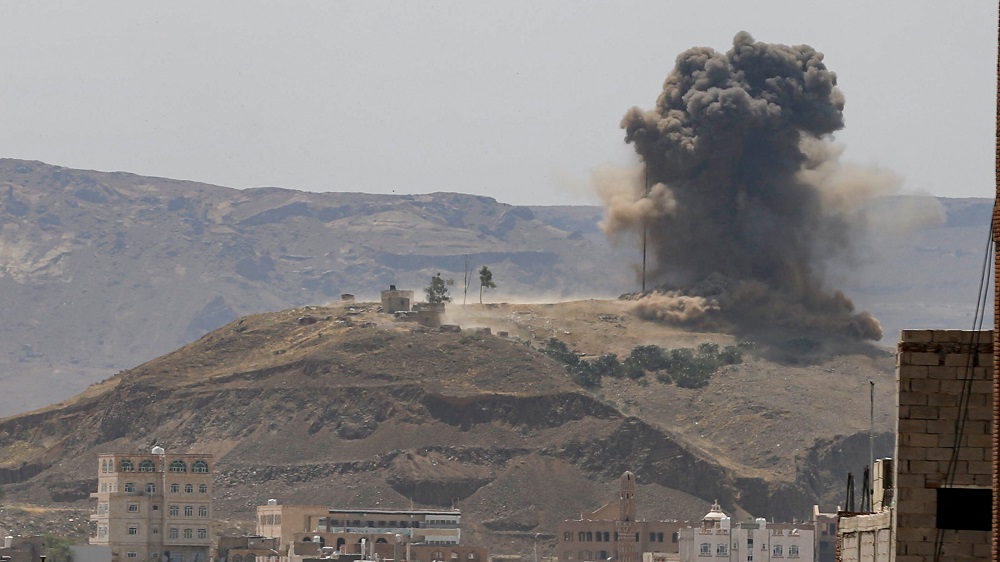 The UN humanitarian chief warned on Tuesday that the “famine” has returned to war-torn Yemen, and for the first time designated Saudi Arabia, the United Arab Emirates and Kuwait for not giving anything to this year’s $ 3.4 billion. Appeal for desperate need of help.

Mark Lowcock told the UN Security Council that famine in Yemen, the poorest country in the Arab world, was averted two years ago because donors quickly met 90 percent of UN funding requirements, allowing humanitarian agencies to increase monthly aid from eight million to 12 million people and save “millions of lives”.

Today, he said that the UN appeal has only received 30 percent, approx. 1

Lowcock said Saudi Arabia, the United Arab Emirates and Kuwait “who have a special responsibility that they have carried out in recent years have so far not contributed to this year’s UN plan”.

With the exception of financial promises that have not been turned into actual contributions, he said, “It is extremely reprehensible to promise money, giving people hope that help may be on the way, and then to burst those hopes by simply not fulfill the promise “.

“Continuing to withhold money from the humanitarian response now will be a death sentence for many families,” Lowcock said. “So once again, I urge all donors to pay their vows now and increase their support.”

Yemen’s conflict has killed more than 100,000 people and created the world’s worst humanitarian catastrophe, with more than three million people internally displaced and two-thirds of the population relying on aid to survive. About 24 million Yemenis or 80 percent of the country’s population require some form of assistance or protection, according to the UN.

Lowcock said the situation has worsened by escalating conflict in recent weeks, particularly in central Yemen. “In August, more civilians were killed across the country than any other month this year,” he said.

Griffiths told the Security Council that Yemen could “slip away from the road to peace”. He said he had sent all warring parties a draft “joint declaration” reflecting what had been said in previous rounds of negotiations.

“Now is the time for the parties to quickly conclude the negotiations and complete the joint declaration,” he said.

Both Griffiths and Lowcock highlighted the worrying situation in Marib province, where more than a million people have sought refuge since 2015.

Griffiths said a struggle that would not only force those seeking refuge to flee again, but would have political implications, which would undermine “the prospect of convening an inclusive political process leading to a transition based on partnership and plurality” “.

In a statement released Tuesday by Oxfam, 31 Yemeni NGOs urged the international community and donors to “put more pressure on opposing parties and their supporters to immediately halt military operations across the country.”

Lowcock condemned the closure of the airport in Yemen’s capital Sanaa for the UN and humanitarian flights by insurgents Houthier, who control the city and the north of the country due to lack of fuel. The shortage has serious humanitarian consequences “but it does not justify closing the airport,” he said.

Lowcock called for a quick fix if aid workers are to remain safe in the north and the UN is to maintain operations, including the planned delivery of 100 tonnes of humanitarian cargo by plane to Sanaa in the coming weeks.

Neither Griffiths nor Lowcock offered an assessment of progress in standoff with Houthis over a loaded oil storage tanker rotting off the coast of Yemen.

The 45-year-old FSO Safer, abandoned near the port of Hodeidah since 2015, has 1.1 million barrels raw on board, and a quarry or explosion would have catastrophic environmental and humanitarian consequences.

The Houthis have blocked the UN from sending a team of inspectors to assess the ship.