UK PM May statement to parliament after Brexit vote defeat 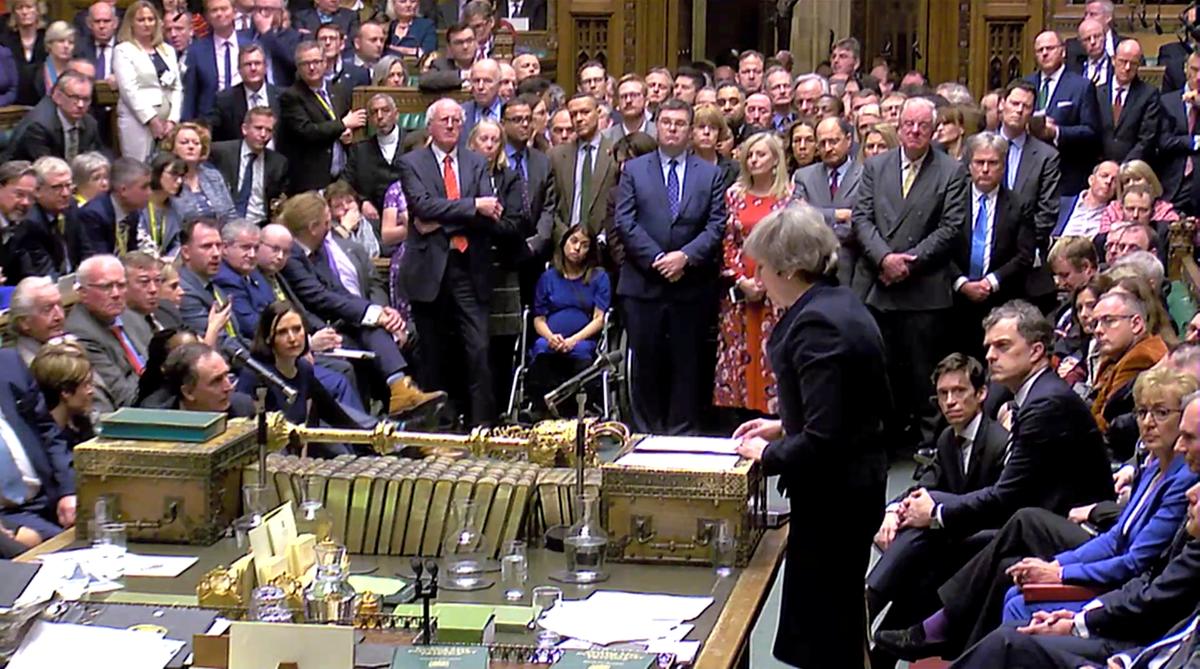 LONDON (Reuters) – British Prime Minister Theresa May made the following statement in parliament after lawmakers voted against her proposed exit deal with the European Union by the large majority of 432 to 202.

"Mr. Speaker, the House has spoken and the Government will list.

It is clear that the House does not support this deal. But tonight's vote tells us nothing about what it does support. Nothing about how – or even if – it intends to honor the decision the British people took in a referendum Parliament decided to hold.

People, especially EU citizens who have made their home here and UK citizens living in the EU, deserve clarity on these questions as soon as possible. Those whose jobs are based on our trade with the EU need that clarity. So with your permission Mr Speaker I would like to set out briefly how the Government intends to proceed.

First, we need to confirm whether the government still enjoys the confidence of the House. I believe that it does, but given the scale and importance of tonight's vote it is right that others have the chance to test that question if they wish to do so.

I can therefore confirm that if the Official Opposition table has confidence motion this evening in the form required by the Fixed Term Parliaments Act, the Government will make time to debate that motion tomorrow. (Wednesday)

And if, as happened before Christmas, the Official Opposition decline to do so, we will ̵

1; on this occasion – consider making time tomorrow to debate any motion in the form required from the other opposition parties, should they put one forward.

Second, if the House confirms its confidence in this government I will hold meetings with my colleagues, our Confidence & Supply partner the DUP and senior parliamentarians from across the House to identify what would be required to secure the backing of the House .

The government will approach these meetings in a constructive spirit, but given the urgent need to make progress, we must focus on ideas that are genuinely negotiable and have sufficient support in this House.

Third, these meetings yield such ideas, the Government will then explore them with the European Union.

Mr. Speaker I want to end up offering two reassurances.

The first is to those who fear the government's strategy to run down the clock to 29th March (Britain's exit date from the EU).

That's not our strategy. I have always believed that the best way forward is to leave in an orderly way with a good deal and have devoted much of the last two years negotiating such a deal.

As you confirmed Mr Speaker, the amendment to the business motion tabled last week by my Right Honorable and Learned Friend the Member for Beaconsfield (Dominic Grieve) is not legally binding, but the government respects the will of the House.

We will make a statement about the way forward and table and amendable motion by Monday.

The second reinsurance is to the British people, who voted to leave the European Union in the referendum two and a half years ago.

I became Prime Minister immediately after that referendum. I believe it is my duty to deliver on their instruction and I intend to do so.

Prime Minister Theresa May addresses Parliament after the vote on May's Brexit deal, in London, Britain, January 15, 2019 in this screengrab taken from video. Reuters TV via REUTERS

Mr. Speaker, every day that passes without this issue being resolved means more uncertainty, more bitterness and more rancor.

The government has heard what the House has said tonight, but I ask Members on all sides of the House to list to the British people, who for this issue settled, and to work with the government to do just that.