UK citizens say they were refused to vote 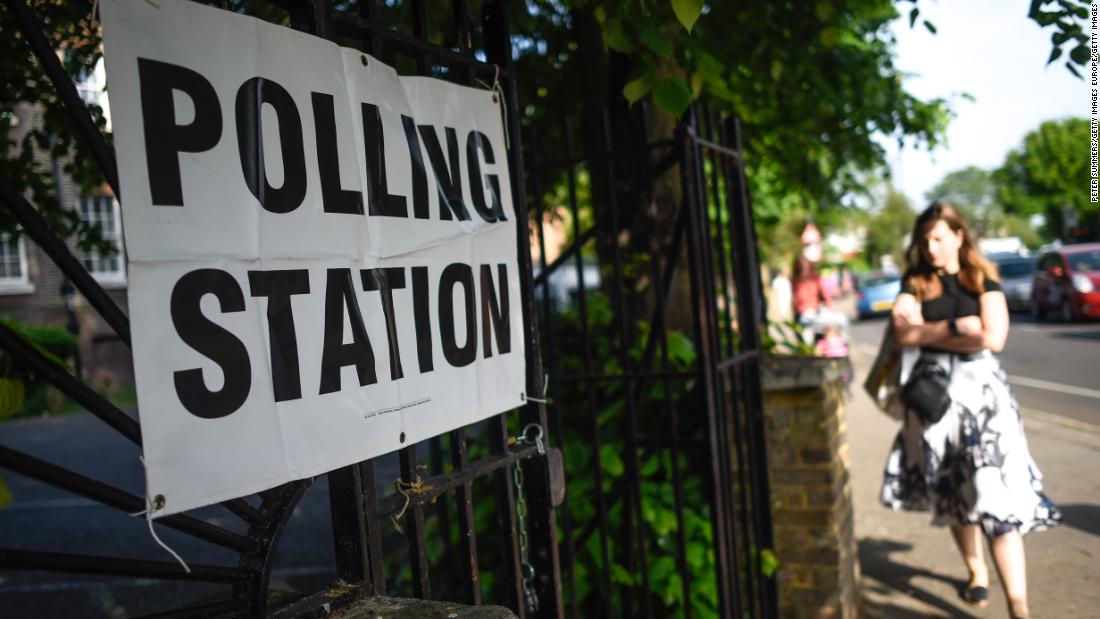 The voices told confusion with the process of participation in the election, the municipalities' shortcomings, and names were crossed by voting lists at electoral stations.

Hours after the poll opened, the hashtag #DeniedMyVote began to evolve on Twitter when European citizens began reporting that they had been turned away.

The campaigns fear that the number of EU citizens refused to vote will be in the thousands at the time of voting close to Thursday night.

Maike Bohn, co-founder of the3million, a campaign group representing EU nationals living in the UK, told CNN that the situation reflects "a serious democratic deficit" from the UK authorities.

EU citizens living in the United Kingdom can participate in elections to the European Parliament, but must make a written statement known as a UC1 / EC6 form that ensures they will not vote in their home country.

It seems that the unplanned delay to the Brexit process has contributed to the confusion. Britain's participation in the European Parliament elections in 2019 was only confirmed last month after the country had not agreed to leave the EU after the original 29 March.

The campaigns accuse British authorities of not informing EU citizens that they should complete an additional step to secure their voting rights.

Several MEPs expressed alarm over the reports. Joanna Cherry of the Scottish National Party said on Twitter: "There is something very mess in the heart of British politics when EU citizens residing here are denied their voting rights."

The Minister of Labor's MP and shadow foreign minister Catherine West called it a "national scandal."

"Reports are flooding in EU citizens denied the right to vote today, although most of them were registered to vote in local elections that took place a few weeks ago. Returned an urgent question back in April when I notified Government to this problem – they refused to act. "

Three EU nationals who spoke to CNN told about the confusion over the process of voting.

Swedish citizen Lina Dencik, who lives in the southwestern city of Bristol, told CNN that she was turned away from the polling station because the documentation had not reached her before the May 7 voter registration deadline for EU citizens.

"When I went to the polling station this morning, my name was exceeded on the list and I was told that I was not entitled to vote as a European citizen," she said.

"I challenged this and the patrol gave me an emergency call. I called this number and was told that a form declaring that I would not vote in Sweden was not sent out in time, and that I am therefore unable to vote. "

Emeline Mimie Morin, a French citizen speaking at Stirling University in central Scotland, who has lived in the United Kingdom for 10 years, said that her lack of voting rights constituted "disenfranchisement". She had also called a helpline number, she said.

"The woman on the phone saw me as registered and put me on hold for a while. After a few minutes she explained that there was a form I should have filled out as an EU citizen but did not have and there was not something they could do, "she said.

"I asked where this form was, so I could fill it in and it wouldn't happen again. She didn't answer, but dismissed my question and stared that there was no form only for elections to Europe, and it was unlikely we would use it again with Brexit. "

In a letter sent to the Commissioner, it said the Commission had rejected a 2014 pledge to send the form to all registered EU citizens. It also complained of vague and confusing information that did not make it clear that EU citizens were taking an extra step to register.

"We argue that the electoral commission's lack of clear guidance has led to an inconsistent approach from local authorities to the registration process for EU27 citizens," the letter added.

An election commission spokesman said it had recommended changes to the process, but said it was powerless to act without change to the law. "The process for EU citizens could be improved and we made recommendations to improve the process after the European Parliamentary elections in 2014," said the spokesman. But these improvements were "dependent on changes in the electoral law, which can only be promoted by the government and parliament."

The spokesman suggested that the Commission had no time to follow up on its recommendations, as the British Government only confirmed that it would be participating in the European Parliament elections on 7 May.

"I should point out that our recommendations were made before the EU referendum. Following the referendum, the British Government was clear that the elections of the European Parliament in 2019 would not take place."

spokesman said the information about the form could be downloaded from his website and added, that it also recommended council election regulators to identify European voters and send them form.

Bohn maintained that while the time frame was tight, the Commission could clearly see the problem of brewing.

"But then they could have run a social media campaign or tweeted a link to the document, they could also send all election commissioners and please, contact EU citizens or please consider extending the deadline," she said.

"What you have in theory is 3 million people disenfranchised," Bohn told CNN. "Many people [EU citizens living in the UK] have proactively figured out what to do, but hundreds or thousands of people simply would not have known it and can you blame them?"