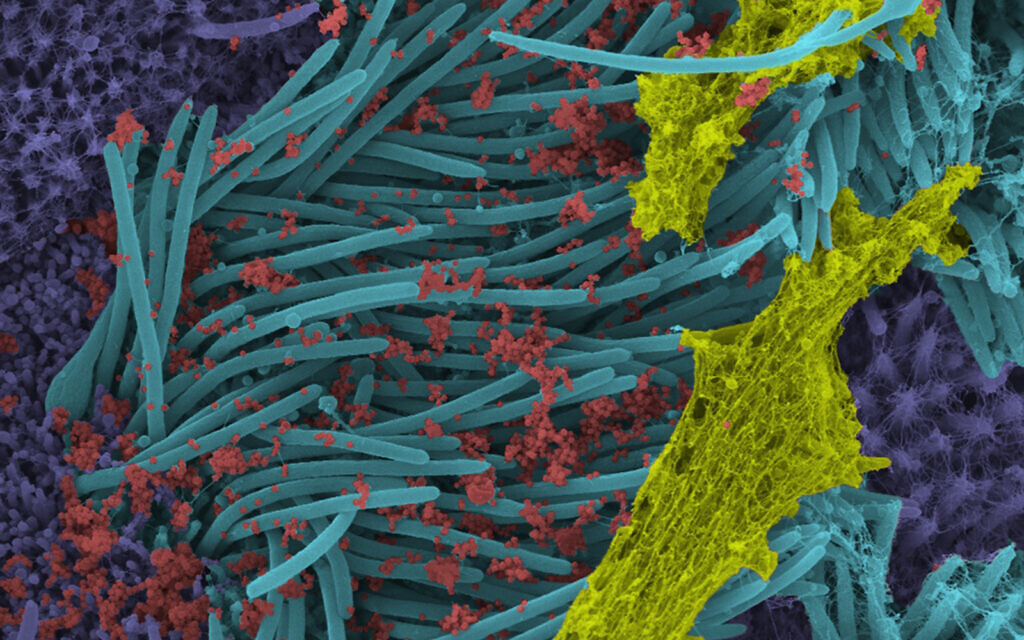 Researchers from the University of North Carolina School of Medicine used high magnification to produce images that illustrate the density of SARS-CoV-2 virus on infected cells.

SARS-CoV-2 is the name of the new coronavirus that causes the disease COVID-19.

The images released by the university show virions or the complete form of a virus outside a host cell on an infected bronchial epithelial cell, which itself produced the virus after being infected. Epithelial cells cover body surfaces and are a barrier and a defense against viruses. Bronchial tubes allow air in and out of the lungs.

The cell in the images has cilia, which are hair-like threads on respiratory epithelial cells that move mucus and infection away from the lungs. 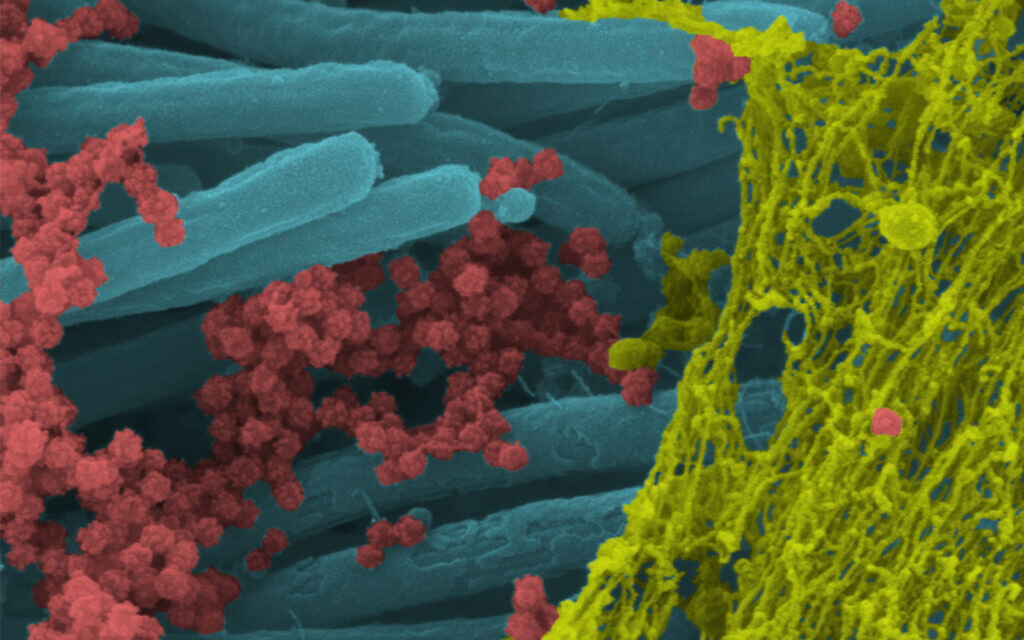 The first image is one micrometer across and the second is 100 nanometers wide.

The researchers, led by Professor Camille Ehre, in a laboratory, infected epithelial cell cultures with the virus and then made the images 96 hours later using scanning electron microscopy.

The images depict the alarmingly large amount of viruses produced by human cells in the airways. The high viral load contributes to the spread of COVID-19 in a person’s body and to other people.

The pictures were published earlier this month in The New England Journal of Medicine.

Can wearing a face mask help ‘create immunity’ from COVID-19?