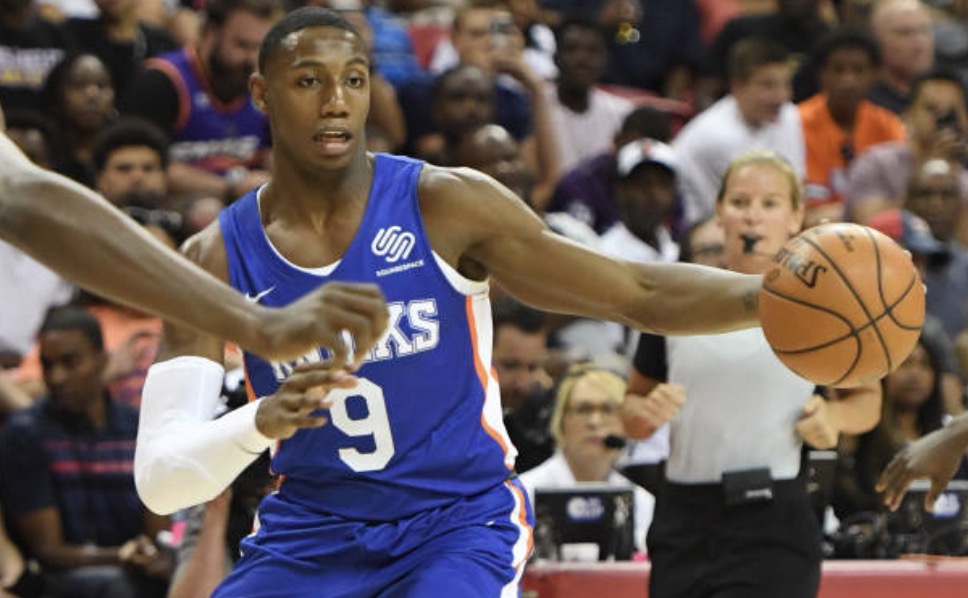 Making the transition from college to the NBA is never easy, and it's especially hard when you've been drafted by the Knicks. You have to deal with an intense media that is unlike any other in the NBA. And then there are that fans. Those poor Knicks fans have dealt with so much disappointment over the years, that it's almost as if they just came to expect failure at this point.

Heck, I think everyone has come to expect failure from the Knicks at this point. That seems to be the case with the team's third overall pick, who is already being written off by NBA fans and analysts after a rough summer league.

Most of it was bad, but there were some people on Twitter who were a little more realistic about the entire situation:

Welcome to the NBA, RJ