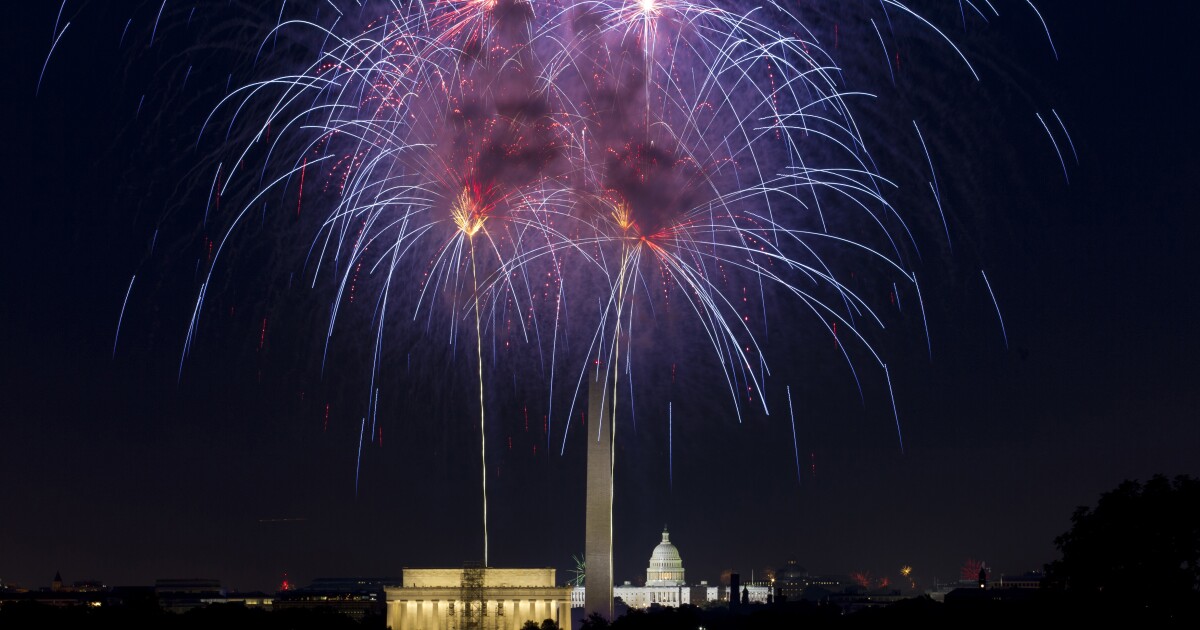 P resident Trump reportedly wants tanks or other vehicles on the National Mall for his "Salute to America" ​​address to the nation.

The Thursday event is planned to be grandiose, with Trump ordering and flyover by military aircraft, including Air Force One and possibly an F-35 stealth fighter. About 300 service members are involved in the event in various capacities.

Negotiations for the use of the military vehicles are reportedly underway, with some of the vehicles weighing 60 tons or more. The Pentagon is considering having static displays of the massive tanks and armored vehicles.

There are concerns from the D.C. Council on local infrastructure impact, including road damage caused by the massive tanks.

"We have said it before, and say it again: Tanks, but no tanks," the council tweeted.

The National Mall also has a massive seven-year turf revitalization that costs $ 40 million, further raising concerns about damage to the lawn.

The Independence Day celebration will feature 35 minutes of fireworks fired from West Potomac Park. The pyrotechnic display will feature a massive American flag and the words "U.S.A." spelled out in the sky by the fireworks.

Interior Secretary David Bernhardt said in a news release that the event would be a big celebration for Washington, D.C.

"This is going to be a fantastic Fourth of July with increased access across the National Mall for the public to enjoy music, flyovers, a spectacular fireworks display, and an address by our Commander-in-Chief," Bernhardt said [1