Trump trapped by right-wing media as the government interruption 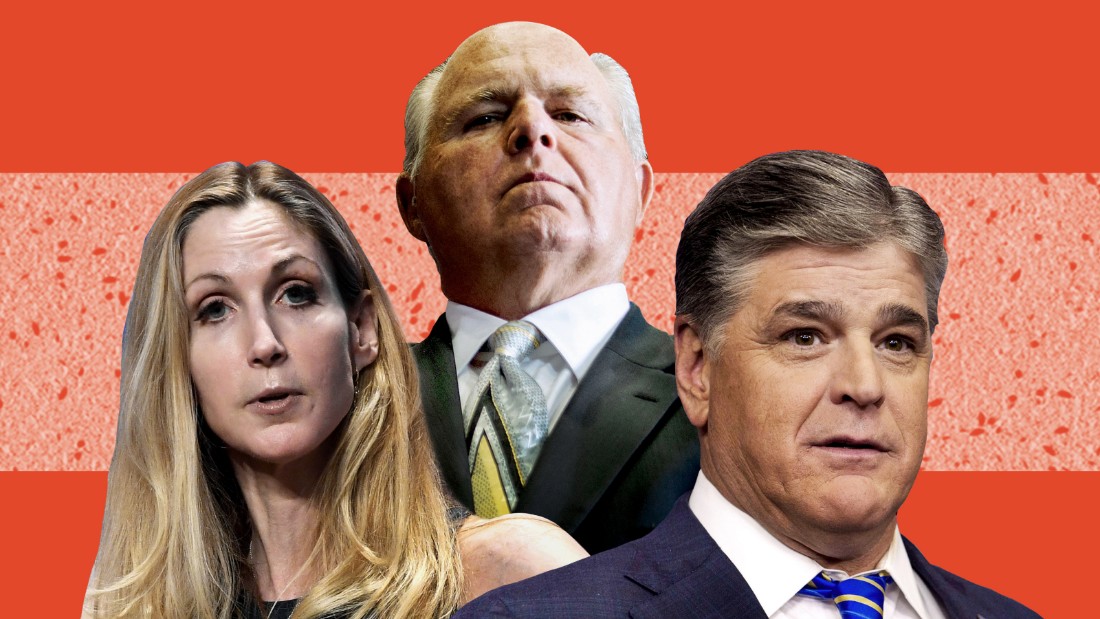 Right personalities and media organizations have given Trump some room to negotiate out of the longest government interruption in American history – as they prodded him into.

Figures like Rush Limbaugh, Sean Hannity and Ann Coulter have demanded Trump hold the government closed until the Democrats give him funding for a wall on the southern border. No wall, no agreement.

Trump knows that if he wants to maintain the support of his base, he cannot ignore these voices.

He can evoke critical stories from business like The New York Times or the Washington Post, because his most avid followers do not trust mainstream news organizations or get their information from such sites.

But the people in his base look and trust the Fox News prime time lineup; They listen to talk radio hosts like Limbaugh and they read websites like Drudge Report.

If Trump were to return from his claim to a wall at the southern border, he would almost certainly face sharp criticism from these shops and figures.

In mid-December, when he almost signed law that would have funded the government but had not provided additional border financing, right-wing media and personalities were furious. Breitbart called it a "cave". The Drudge report said that Trump was in "RETREAT". Limbaugh said he should "get less than nothing". And Coulter apologized to him on her Twitter feed.

Trump became sensitive to the criticism that he supported his promise to build a wall, people who were familiar with the case, CNN told at that time. Then he suddenly said he would not approve the short-term financing measure, which led to the government's closure, which is now in its 27th day.

Now, Trump has a small wiggle room to negotiate.

If he retires to his claim for a wall, he will face the same criticism he received from right-wing media votes in December ̵1; and he will again be faced with the opportunity to lose standing with his base. (Trump has already supported some of his core whites of non-university whites during the interruption, but this may accelerate this trend.) In other words, Trump has been effectively framed by his greatest supporters.

Coulter, the conservative writer who has been critical of Trump for his failure to build a barrier on the border, has effectively made a similar point in an interview with "Vice News Tonight" this week.

"It's self-preservation," Coulter said, "because he's dead in the water if he doesn't build that wall. Dead, dead, dead."

The topic has even come up with Fox News.

On Wednesday night, the liberal commentator Fox News, Juan Williams, said on the air: "Listen to Sean Hannity, Rush Limbaugh and Ann Coulter because they are running this government. And they have forced this president into a trap. "

So far, right-wing media university has supported Trump's struggle with democrats. They have urged him to let the government shut down until the Democrats give him funding for a wall.

"Trump assures everyone that he will not cave for this and I hope not," said Limbaugh on his program earlier this week. "[W] I don't get opportunities like this one that presents and I just hope he sticks to it."