Trump to focus on HIV and trade with South African president 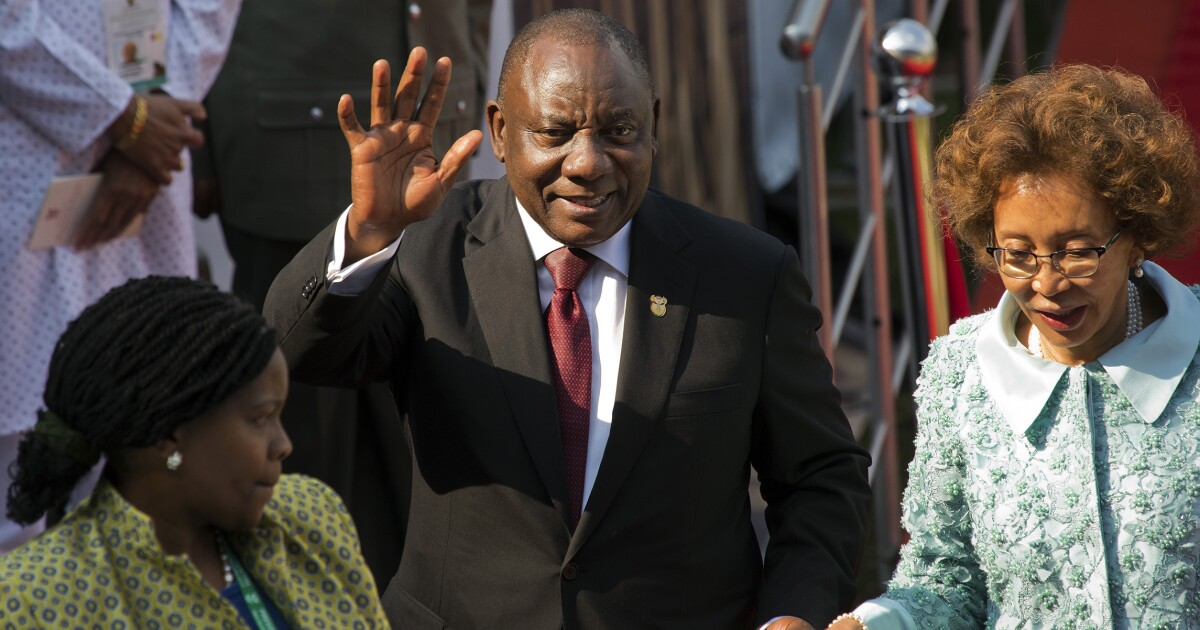 The Trump administration is working on combating HIV and increasing trade with South African President Cyril Ramaphosa, who was sworn in for a second term on Saturday.

The U.S. Embassy in Pretoria puts out a statement congratulating Ramaphosa on his reelection, while emphasizing the U.S. Desire to continue working on two-way trade and investment and helping South Africa's work on eradicate HIV and AIDS.

South Africa represents the largest economy on the continent, and an obvious partner on trade when it comes to U.S. investment in Africa.

It is no mistake that Trump chose Kimberly Reed, president and chairman of the Export-Import Bank, to lead the U.S. presidential delegation attending Saturday's inauguration.

"President Trump extends his warmest congratulations to President Ramaphosa and welcomes South Africa's shared commitment to democratic values," Reed said in a statement. "He would like South Africans to know that the United States stands together with South Africa to address regional and global challenges."

Reed said she is particularly eager to engage South Africa on expanding trade between the two nations. The U.S. Senate just this month restored the Export-Import Bank's board of directors and confirmed its chairman.

Reed said the bank is now ready to start supporting U.S. Exports of goods and services to South Africa's infrastructure projects with long-term financing. The bank is an independent government agency.

She did not mention HIV or AIDS, specifically, though the U.S. embassy's message to President Ramaphosa did.

The embassy said the U.S. is ready to work with the country of eradicating AIDS and the HIV virus through the U.S. President's Emergency Plan for AIDS Relief, which is managed by the State Department.

Trump announced earlier this year that he wants to eradicate AIDS and HIV by 2030 through a program aimed at the United States. U.S. Global AIDS Coordinator Deborah Birx, who oversees the AIDS relief program, was not a part of the U.S. delegation to the inauguration.