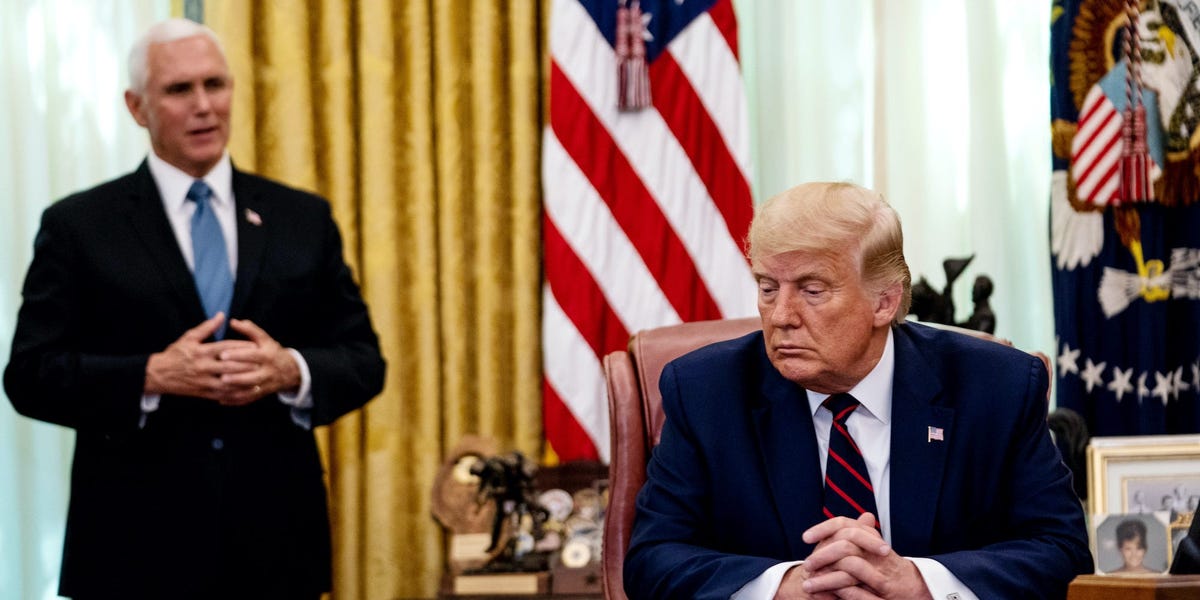 President Donald Trump was so upset by the news that his campaign aide Corey Lewandowski was on his way to work for Vice President Mike Pence’s team in 2018 that he curled up the newspaper article about it and smashed it for Pence, according to an excerpt from a new book by The Wall Street Journal’s Michael Bender published Friday.

“So disloyal,” Trump reportedly told Pence as he tossed the newspaper article. The excerpt said Trump was concerned that the new appointment “made him look weak.”

Trump administration officials described the episode to Bender as one of the rare examples of Pence confronting Trump during their tenure, the excerpt said.

Pence told Trump that Jared Kushner, Trump’s senior adviser and son-in-law, had asked him to bring Lewandowski on board and that he had had lunch with Trump to discuss moves, the excerpt said.

Pence picked up the collapsed newspaper article and threw it back at Trump, Bender wrote. Then “Pence leaned toward the president and pointed a finger a few inches from his chest,” the excerpt said.

“We went through every detail of this,” Pence reportedly said. “We did it for you – as a favor. And that’s how you react? You have to get your facts straight.”

Trump on Friday denied that the paper fight has ever happened.

“The story written by third-place reporter Michael Bender that Mike Pence and I had a big fight over Corey Lewandowski is completely false,” Trump said in a statement. “There has never been such a struggle, it is fiction, like so many other stories written in the large number of books that come out about me.”

Bender’s latest book, “Honestly, We Won This Election: The Inside Story of How Trump Lost,” is expected to come out on Tuesday.