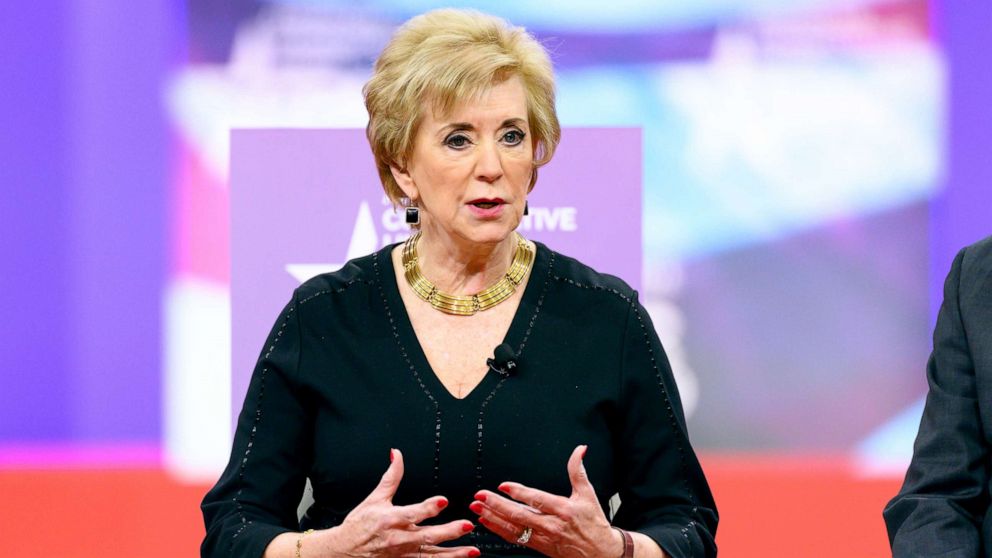 Small Business Administrator Linda McMahon is expected to announce as soon as she leaves her position, according to two sources familiar with the case.

McMahon – a wealthy former professional wresting executive and major booster of Trumps during the 2016 campaign – is likely to help the Trump campaign with the 2020 effort, sources said.

The White House did not respond to a request for comment on McMahon's plans. She was one of the more behind-the-scene characters in Trump's cabinet.