Toshiba collaborated with the government to undermine shareholders, finds findings 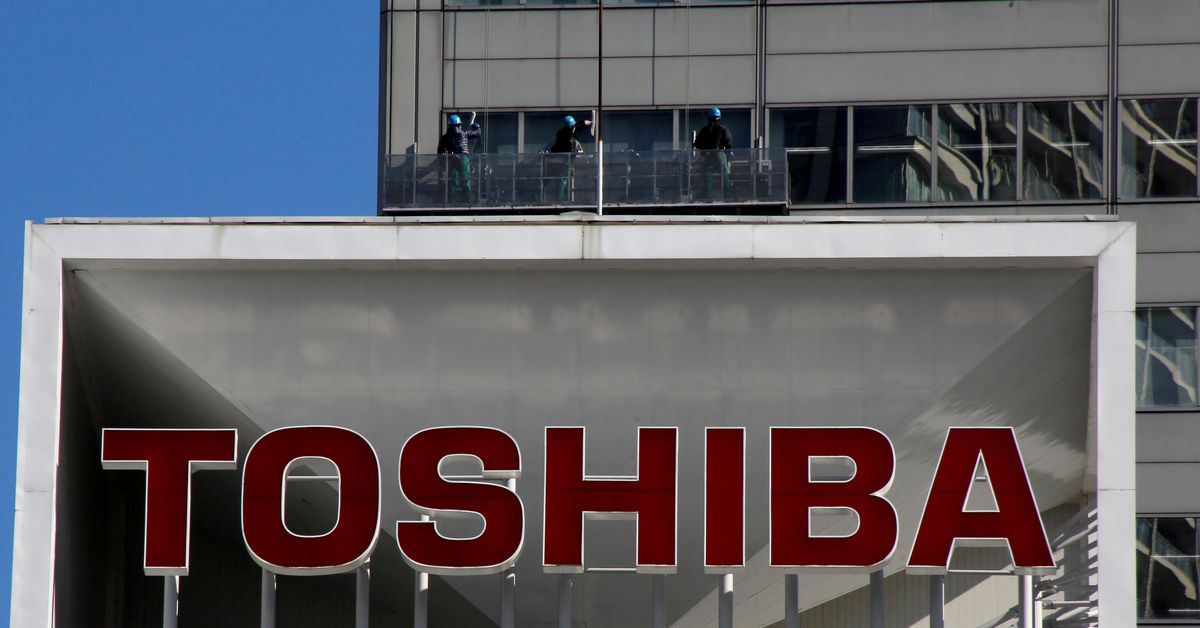 It is alleged that the Ministry of Economy, Trade and Industry (METI) relied on the Harvard Fund and other foreign investors in an attempt to get them to agree with management at last year’s shareholders’ meeting.

The allegations about METI’s intervention – previously reported by Reuters – are likely to cast doubt on how committed Japan is to becoming more open to foreign capital – a goal set by former Prime Minister Shinzo Abe. The report also raises questions about who in the government was aware of METI’s role.

“Toshiba requested METI’s support for the so – called measures to counter the activists,” the annual general meeting found, the report written by independent investigators. Toshiba’s management “worked closely” with the ministry to exert “unnecessary influence on some shareholders,” the report found.

Contacted by Reuters, METI said they were aware of the report and investigated its contents.

Toshiba said it would “carefully review” the report and comment at a later date.

In a narrative episode of the report, the ministry is said to have contacted a foreign fund to warn them against “grilling next to your neighbor when there is a major fire”, in an apparent suggestion that the fund should refrain from support proposal from top shareholder The report said that Effissimo Capital Management, a Singapore-based fund.

Toshiba proved “to have devised a plan to effectively prevent shareholders from exercising their shareholder suffrage and voting rights” by placing undue influence on Effissimo, the Harvard Foundation and another fund, 3D Investment Partners.

The report also said some of the actions raised “suspicion of violations of laws and regulations in many places”. Investigators later told a news conference that the violations could involve confidentiality requirements for bureaucrats.

Once a crown jewel in the company’s Japan, Toshiba was hit hard by accounting scandals dating back to 2015 and massive write – downs for its US nuclear business as well as the sale of its semiconductor device, leaving it a shadow of its former self.

But as one of the few domestic manufacturers of nuclear reactors that also makes defense equipment, it remains very important to the Japanese government.

Following a capital raising in 2017, a number of foreign funds invested in Toshiba, making a troubled marriage between activist investors and an important strategic asset.

It was not immediately clear whether the highest levels of government were involved. The report said that Toshiba’s then president met with Yoshihide Suga, Abe’s chief cabinet secretary, to explain the situation in May 2020.

Suga, now prime minister, said Thursday he was “absolutely not paying attention” when asked if the allegations in the report were true.

The probe, conducted by three lawyers, showed that Toshiba, along with the ministry, was trying to force Effissimo to withdraw shareholder proposals to board members aimed at improving governance.

Reuters previously reported that Harvard’s private equity fund had been told by a Japanese government adviser that it could be subject to a legislative inquiry if the fund did not follow management’s recommendations at the general meeting last July.

The ministry has previously said it has never asked the adviser to contact Toshiba’s shareholders.

Thursday’s revelations come after Effissimo and other activist investors in March successfully pushed for an investigation – in itself a milestone gain for shareholder activism in Japan. Read more

Since then, Toshiba has seen former CEO Nobuaki Kurumatani retire, and the ensuing unrest lead to a bid of $ 20 billion. $ At the conglomerate of CVC Capital.

CVC’s offer to take the Japanese conglomerate private and preserve the current management was perceived by some in the company as designed to protect Kurumatani from activist shareholders, Toshiba sources say.

While Toshiba has rejected this bid, it has announced that it will conduct a strategic review.

Activist investors are estimated to account for approx. 25% of Toshiba’s shareholder base – an unusually large share after the company on the verge of collapse quickly had to issue approx. $ 5.5 billion in shares in 2017.