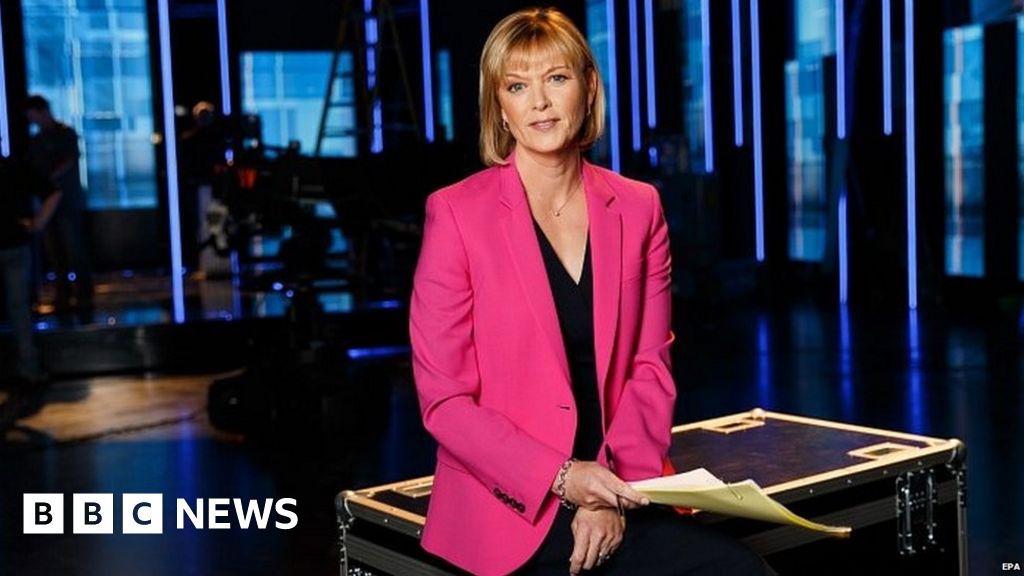 Conservative leading rivals Boris Johnson and Jeremy Hunt are due to debate from head to head for the first time in front of a live television audience.

Party members vote on which of the two men to succeed Theresa May as leader and prime minister, with the winner announced on July 23.

The hour-long debate is broadcast at ITV from 20:00 BST.

Meanwhile, William Hague has warned the candidates not to "underestimate" the chances of a no-deal Brexit.

The former Tory leader said it was "important not to be hooked on a single date" for Leaving the EU and the only "satisfactory and orderly way" to finish agreeing an agreement.

1; or oblige – Parliament to push through a non-functioning Brexit

Hunt and Johnson have participated in hustings throughout the UK, but this is the first time they have shared a stage.

The 160,000 or so conservative members eligible for Participating has already begun to vote in postings after the ballots began to arrive at people's homes on Friday.

This is the first time a Presidential President has been elected by Party Members.

Hunt had pressured TV – The debate would Take place earlier and warn that many people will have made their minds before the two men questioned live TV.

The exhibition entitled Britain's next prime minister: ITV Debat will host the journalist Julie Etchingham in front of the study college's audience of 200 people at MediaCityUK.

After brief opening statements, the two men will face questions from ITV viewers who have been submitted in advance and selected by the television broadcast.

Johnson, the former mayor of London, is considered the clear front runner in the race, winning more than 50% of the Tory MPs in the first phase of the competition.

Hunt, the current foreign secretary, has in recent days won the statements of former leaders Sir John Major and Lord The Hague.

Both men have said they prefer to leave the EU on October 31 with a negotiated agreement, but are willing to come without agreement if needed.

They also made brave spending ceilings and tax relief offers – which have been criticized by financial experts and Chancellor Philip Hammond.

Lord Hague – also a former foreign secretary – said one of the reasons he supported Mr Hunt was because he was not married to leave the EU on 31 October.

He told today: "My own opinion is that it is wrong to set a specific date. Do we really want to say that we should leave on October 31 if we thought we could better prepare for it December 31, or if we had an agreement with the EU during October and it was necessary to pass the legislation through?

"It is important not to be hooked on a single date and I believe that Jeremy Hunt has done so, but Boris Johnson is hooked on a particular date, and that's one of the reasons I didn't vote for him. "

Lord The Hague said there would only be" a very small landing space "for the one who became the next PM to renegotiate with the EU, but it was important to address it, rather than pursuing Brexit over for Business and Parliament views.

He added: "For a conservative government to move forward with a non-trader Brexit as opposed to business and agricultural organizations, and increase the risk of the Union of United Kingd and endure any attempt to get a vote in Parliament, would be an extraordinary combination of things to do. "