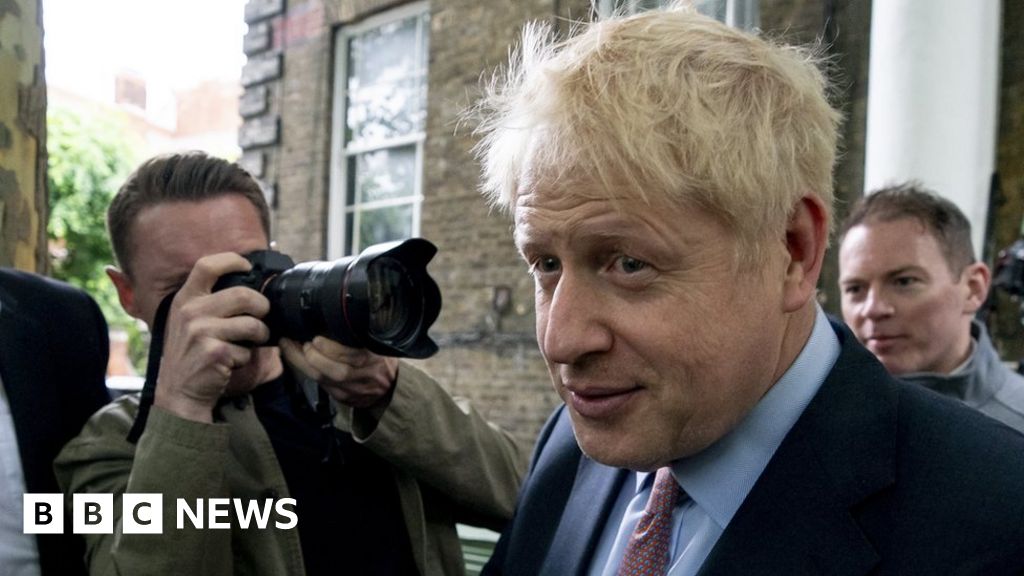 1; told the Sunday Telegraph she was backing him because he had promised to deliver Brexit by October 31.

Mr Johnson is the clear frontrunner to replace Theresa May but his rivals have insisted they will not drop out.

His team reportedly have reservations about its proposed format, but Mr Johnson has agreed to take part in the BBC's debate on Tuesday.

BBC political correspondent Ben Wright said there was "intense arm-twisting and lobbying under way" "The second ballot of Tory MPs on Tuesday.

He said Health Secretary Matt Hancock, who pulled out of the leadership race on Friday, was considered to be either Mr Johnson or Michael Gove.

Gove finished third in round one behind Foreign Secretary Jeremy Hunt, but has been the Sunday Times he is the "comeback kid".

The environment secretary also said he would be happy to serve under Mr Johnson, whose leadership bid he scuppered in 2016.

"I would absolutely work with Boris in any way he wanted to work with me," he said . "No question. It is different time requiring a different approach."

Mr Hunt insisted he had not given up hope of winning in the final postal ballot of party members, despite being second to Mr Johnson in the first round.

"I am the insurgent in this race," he told The Mail on Sunday.

"I am going to win it because we have to give the country better choices given the crisis that we're in now. "

Home Secretary Sajid Javid said voters were looking for a" change "- something only he and Mr Johnson offered.

He told the Sunday Times:" We need change. And Boris is change. But I'm change too. And there are only two candidates in the remaining six – and that's Boris and me. "

He also took a swipe at Mr Hunt, who he said was" an asset to the party "but didn't represent t change.

Meanwhile fellow contender, Rory Stewart, responded to a Sunday Times headline saying that the leadership rivals were eyeing cabinet roles under Mr Johnson by tweeting: "This may be true of some contenders but it not true of me. "

The international development secretary added:" I want to give members and the public a real choice of two quite different futures for the Conservative party. I don't want to be in a Boris cabinet. "

Writing in the Sunday Telegraph, Ms McVey said she would "wholeheartedly support" Mr Johnson after he agreed to incorporate aspects of her "blue-collar conservatism" ideas – such as investing in public services – into his plans for government.

She added: "He has promised to deliver Brexit on October 31, deal or no deal, and has shown time and time again that he is a dynamic leader, capable of building a strong team around him that will deliver on his promises.

"Our country is crying out for strong, optimistic leadership and Boris is the man best equipped to take us out of the EU. "

The UK's next prime minister

If you are reading this page on the BBC News app, you will need to visit the mobile version of the BBC website to submit your question on this topic.