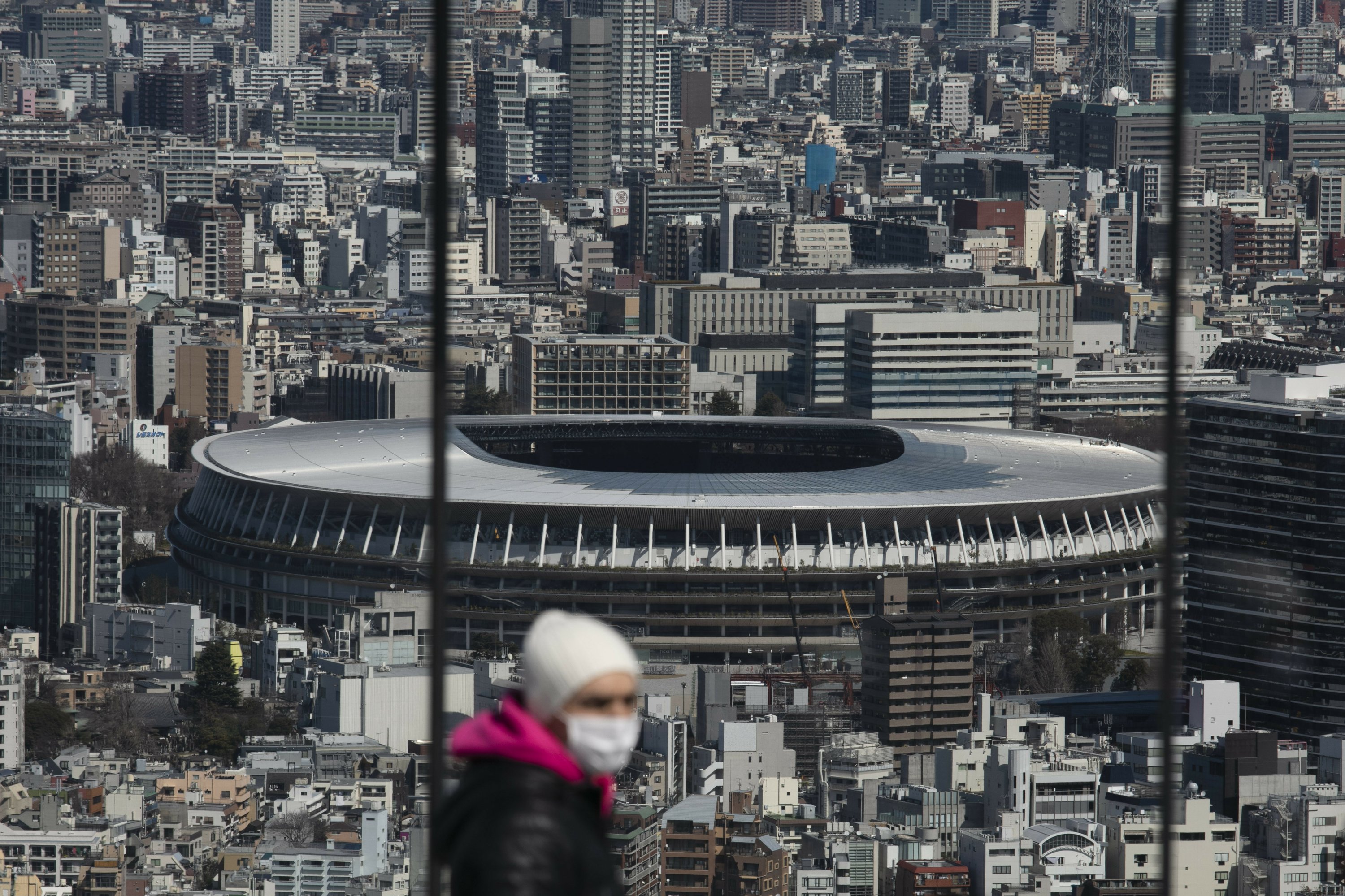 TOKYO (AP) – Tokyo turned out to be “a safe pair of hands” when it was awarded the Olympics 7 1/2 years ago.

“Security was a crucial factor,” Craig Reedie, then IOC vice president, said after the 2013 vote in Buenos Aires.

Now nothing is certain as Tokyo’s postponed Olympics hit the 100-day mark on Wednesday. Despite increasing cases of COVID-19, countless scandals and overwhelming public opposition in Japan to the Games, the organizers and the IOC continue.

964 Tokyo Olympics celebrated Japan’s rapid recovery from defeat in World War II. These Olympics will be marked with footnotes and stars. The athletes will of course aim high, but the goals elsewhere will be modest: get through it, avoid becoming a super-spreader event and sting some national pride, knowing that few other countries could have pulled this off.

“The government is very conscious of how the ‘world’ views Japan,” wrote Dr. Gill Steel, who teaches political science at Doshisha University in Kyoto, in an email. “Cancellation of the Olympics would at one level or another have been considered a public failure on the international stage.”

The price will be steep when the Olympics open on July 23rd.

The official cost is $ 15.4 billion. Olympic spending is hard to track, but several government audits suggest it could be twice as much, and anything other than $ 6.7 billion is public money.

The Swiss IOC generates 91% of its revenue by selling broadcasting rights and sponsorship. This amounts to at least $ 5 billion in a four-year cycle, but revenue streams from networks like US-based NBC have been halted by the postponement.

What does Tokyo get out of the 17-day sports circus?

Fans from abroad are banned, tourism is out and there is no room for neighborhood parties. Athletes are asked to arrive late, leave early and maneuver around a moving maze of rules.

There are also reputational costs for Japan and the International Olympic Committee: a bribery scandal, skewed planning and repeated misogyny in Tokyo Olympic leadership.

The IOC is betting that Tokyo will be a distraction – “the light at the end of the pandemic tunnel” – as the closing ceremony comes just six months before the opening of the boycott-threatened Winter Olympics in Beijing.

Various opinion polls suggest that up to 80% of Japanese want the Olympics canceled or postponed. And many researchers are against.

“It is best not to hold the Olympics given the significant risks,” said Dr. Norio Sugaya, an infectious disease expert at Keiyu Hospital in Yokohama, to the Associated Press.

Japan’s vaccine rollout has been almost non-existent, few shots fired before the Olympics open, and Tokyo has raised its “alarm level” with another wave predicted around the time of the opening ceremony. About 9,500 deaths in Japan have been attributed to COVID-19, well by global measures but poor by standards in Asia.

And what is the impact of 15,400 Olympic and Paralympic athletes from more than 200 countries and territories entering Japan along with tens of thousands of officials, judges, media and television stations?

“The risks are high in Japan. Japan is dangerous, not a safe place at all, ”Sugaya said.

The heavily sponsored torch relay with 10,000 runners crossing Japan also poses dangers. Legs scheduled for Osaka this week were pulled off the streets due to rising COVID-19 cases and moved into a city park – with no fans allowed. Other legs all over Japan are also sure to be disturbed.

A year ago, the IOC and Japanese politicians decided to postpone but not cancel the Olympics, driven by inertia and influence on the Japanese advertising giant Dentsu Inc., which has set a record $ 3.5 billion in local sponsorship – probably three times more than any previous Olympics.

“I think the government knows full well that the Japanese public does not want the Olympics right now,” Dr. Aki Tonami, who teaches political science at the University of Tsukuba, in an email to the AP. “But no one will be the one to pull the plug.”

The Olympics may also determine the fate of Prime Minister Yoshihide Suga, who replaced Shinzo Abe seven months ago. It was Abe who famously told IOC voters in 2013 that the March 11, 2011 Fukushima nuclear disaster was “under control.”

Despite being termed the “Olympics by Recovery,” the northeastern region of Japan is still hurting a decade later. Many blame the Olympic Games for the slow recovery and depletion of resources.

“Suga’s fate is sealed,” Tonami said. “I think he knows that his term of office will not be long, so even if it would be nice for him personally to pull it off, it probably does not change the political conditions around him.”

“His government has a greater chance of surviving, even thriving if they can trigger a successful Olympics – risky strategy, of course, if it’s a disaster.”

IOC President Thomas Bach has repeatedly called Tokyo the “best-prepared Olympics in history,” and he repeated it during the pandemic. Beautiful venues went up quickly, including the $ 1.4 billion National Stadium by Kengo Kuma, and although it was expensive, the games were on track until the pandemic hit.

But the “safe pair of hands” has often been shocking.

Tokyo’s original logo was scrapped after allegations that it was plagiarized, the original stadium concept was dropped as costs rose above $ 2 billion, and Organizing Committee President Yoshiro Mori – a former prime minister – resigned two months ago after making derogatory comments about women. Artistic director Hiroshi Sasaki left a few weeks later, essentially for the same reason.

On top of that, French prosecutors believe Tokyo landed the Olympics by channeling bribes to IOC voters. Rio de Janeiro apparently landed the 2016 Olympics in the same way, prosecutors claim.

Tsunekazu Takeda, an IOC member at the time and chair of the Japanese Olympic Committee, was forced to resign two years ago in the vote-buying scandal. He denied any wrongdoing.

Dr. Lisa Kihl, who studies sports management and is director of the Global Institute for Responsible Sports Organizations at the University of Minnesota, said corruption has been “institutionalized” in many sports governing bodies, especially those operating across national borders.

“It’s so easy to make money on the system,” she said in an interview with the AP. “Nobody wants to rock the boat because everyone benefits from it. Professional sports organizations in a country – specifically the United States – must comply with the rules of that country. Internationally, there is no body to hold organizations like the IOC accountable. Until sports are managed internationally as financial institutions, it will not change. ”